Taking a nod from the Friday the 13th franchise - Scream 6 takes the action out of small-town America and goes to the Big Apple with a new Theatrical Trailer and Poster! 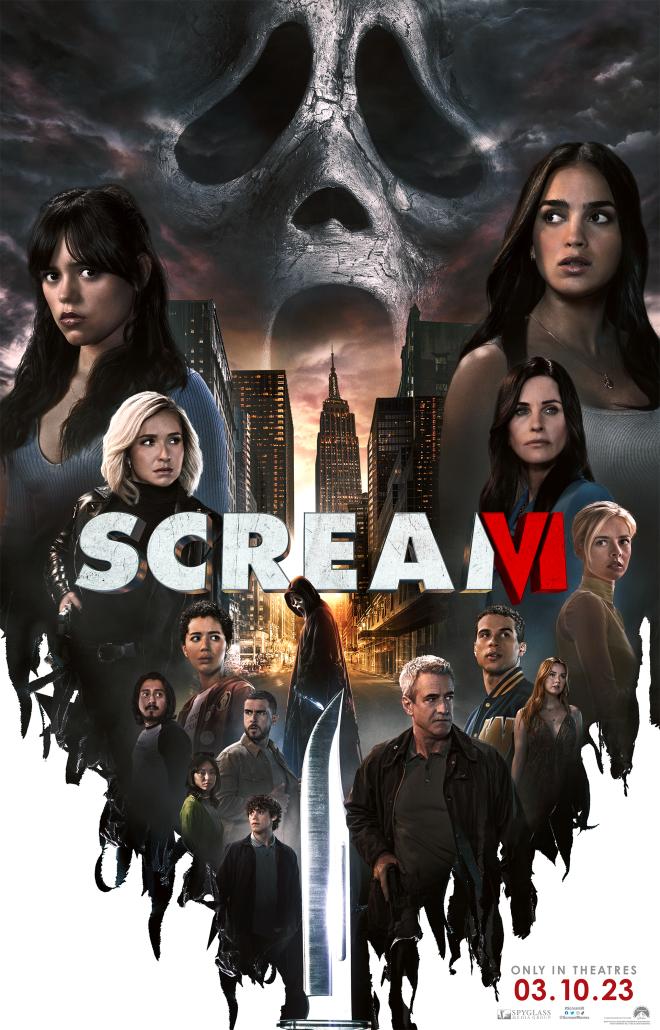 Kind-of a slick poster but that's a lot of people staring off into the distance looking pensive. How cool would it have been if it was just Ghost Face looming over the skyline?

Aside from Scream 3, the franchise mayhem hasn't really left the sleepy Californian town of Woodsboro. But after Scream (5) effectively handed the franchise off to a new generation of elevated horror movie-obsessed fans and mysterious would-be killers, the action moves to New York City. After a delightfully creepy teaser trailer, Paramount delivers a new full-length Theatrical Trailer and a new one-sheet poster to hammer home this new setting for blood-curdling murder! On top of our "New Blood" Jenna Ortega, Melissa Barrera, and Jasmin Savoy Brown and Mason Gooding coming back, past franchise faces Courteney Cox and Hayden Panettiere will be back and I'm sure they'll each do their part donating a few pints of the red stuff for this intense-looking sixth installment.