Pengo has announced the release of its 4K HDMI Grabber. The device is compatible with 4K enabled gaming consoles, allowing users to capture video at 1080p 60 fps to a connected USB 3.0 computer or laptop for live gameplay streaming.

The Pengo 4K HDMI Grabber supports 4096x2160 pass-through @ 60 Hz and UYV12 4:4:4 from HDMI 2.0 sources. Users can then capture lag-free video of their gaming sessions while they play in uncompressed 1080p 60Hz video over USB 3.0 to a connected computer for recordings and live streams without any performance impact. Meanwhile, older hardware with USB 2.0 connections can receive 1080p content with light color space compression. Compatible input devices include 4K enabled gaming consoles like the Xbox One, Xbox One S, Xbox One X, PlayStation 4, and PlayStation4 Pro. Any UVC enabled application can then be used to capture and stream, including OBS, XSplit, and Bandicam. In addition, the 4K HDMI Grabber has a separate headphone and microphone connector, enabling users to create voice-over and commentary for their streaming videos. 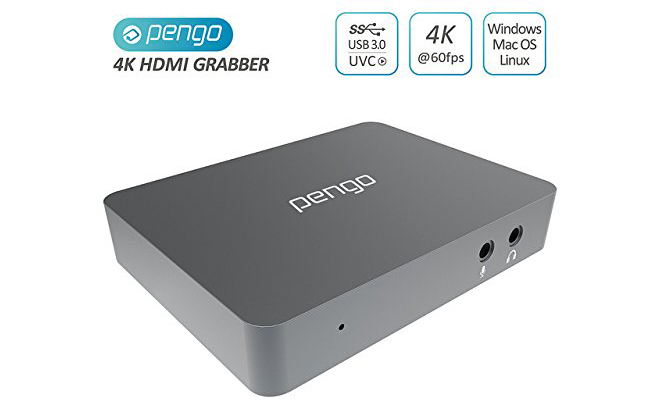 Here's a full rundown of specs and features per Pengo:

The Pengo 4K HDMI Grabber is now available is Titanium Gray for $250.