The wildlife network has detailed its first digital show.

Nat Geo WILD is preparing to launch its very first online series. 'wild_life With Bertie Gregory' is set to premiere on August 3 through the Nat Geo WILD YouTube Channel and NationalGeographic.com.

"We are thrilled to extend the WILD brand beyond television to reach our audiences wherever they are,” said Geoff Daniels, executive vice president and general manager, Nat Geo WILD. "Bertie is a great ambassador for us, and his adventures in this new series will be celebrated across National Geographic's many platforms, including SnapChat, Instagram, Facebook, Twitter, Nat Geo LIVE! and more." 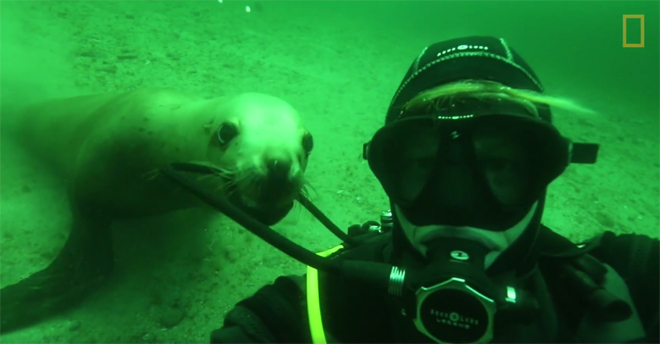 Join 22-year-old wildlife filmmaker Bertie Gregory as he journeys to the west coast of Vancouver Island in search of the elusive coastal wolves, a species that inhabits one of the last places on the planet where a wild forest meets a wild ocean. Over the course of 16 episodes, Gregory finds that tracking down these wolves proves to be harder than expected … but he’s not giving up. He also attempts to get face to face with some of the other charismatic species that live along this pristine coastline. Each episode features Gregory's encounters with epic animals, including humpback whales, bald eagles and black bears. He occasionally gets closer than anticipated, as he must untangle himself from a few sticky situations, like ending up with his head in the jaws of a playful 2,000-pound sea lion.

"This series is as much about the adventure to get the shot as it is about the shot itself,” said Gregory. “I’m taking viewers into the wild and getting up close and personal with Canada’s sexiest coastal predators. The camera is always rolling. It’s raw. It’s real. It’s intimate. And I’m excited to be a part of Nat Geo WILD’s first venture into the digital space.”