Rob Zombie's rebirth of the classic television series crawls out of the streaming grave for a
Blu-ray release on September 27th.

Ever since this project was announced there has been a lot of controversy about Rob Zombie's The Munsters. While Zombie fans have hoped for the best, fans of the classic television series The Munsters have been bracing for the worst. After the less than enthusiastic reaction to the first trailer and news the film would be streaming exclusively on Netflix without word of a theatrical outing and news that the film has moved streaming services from its original home at Peacock to Netflix, the wind is not in this film's favor - to say the least.

[Correction]
Rob Zombie has taken to various social media platforms to correct the rumor that The Munsters was going to originally premier on Peacock and was sold off to Netflix. Apparently, it was always going to be on Netflix from the very beginning. The assumption that the film would be on Peacock came from the observation that since the film was funded by Universal Studios who owns Peacock and the original television series The Munsters is streaming on said service - so would the new movie.

As a fan of House of a Thousand Corpses, The Devil's Rejects, and some aspects of his Halloween films, I keep rooting for Zombie to score a hit and prove he's a worthwhile filmmaker. I am going into this film cautiously with expectations set pretty low. I'm hoping to be surprised. I want to be surprised. But even after this new trailer that does actually look somewhat better, I still can't muster up a lot of excitement.

Here's what's coming in the Blu-ray: 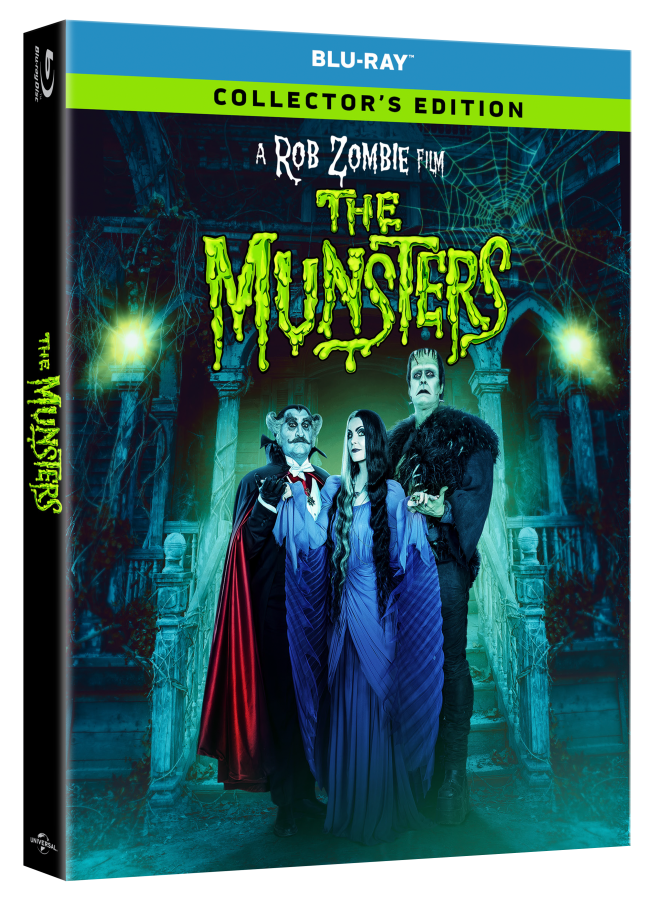 If you don't want to wait to stream The Munsters on Netflix before you purchase - the Blu-ray is now up for pre-order!

Discs mentioned in this article: (Click for specs and reviews)
Rob Zombie's The Munsters (Blu-ray)