Two of the director's films are heading to Blu-ray.

In an early announcement to retailers, Mug-Shot Productions is preparing 'Gil Scott-Heron: Black Wax' for Blu-ray on November 13 and 'Sun Ra: A Joyful Noise' for Blu-ray on December 11.

'Gil Scott-Heron: Black Wax' - 'Black Wax' is a musical-political entertainment film produced and directed by Robert Mugge in 1982. It was the first American film to be fully funded by Britain's then-brand-new Channel 4 Television and also likely the first film to use Steadicam from first frame to last. Black Wax centers on the late African American poet-singer-songwriter Gil Scott-Heron - the man Melody Maker called "the most dangerous musician alive" and many dubbed the forefather of rap music - and his 10-piece Midnight Band. It was filmed entirely on location in Washington, D.C., primarily at the Wax Museum Nightclub (now defunct). Songs performed by the band include such potent political numbers as "Winter in America," "Alien," "Johannesburg," "Storm Music," "Waiting for the Axe to Fall," "Gun," and "'B' Movie" (a scathing analysis of how and why Ronald Reagan was elected President of the United States). Between songs, Mr. Scott-Heron is shown reciting his equally powerful poems ("Paint it Black," "Black History," "Billy Green is Dead," The H2O-Gate Blues," and "Whitey on the Moon"), leading the camera on a unique tour of Washington, D.C. (from the monuments of official Washington through the minority neighborhoods that make up most of the rest), and finally confronting the "ghosts of America's past" (life-sized wax figures of John Wayne, Uncle Sam, Neil Armstrong, Benjamin Franklin, Betsy Ross, four U.S. Presidents, and black leaders from W.E.B. Du Bois to Martin Luther King). This is Mr. Scott-Heron at the absolute peak of his powers. The politics is always entertaining, and the entertainment is nothing if not political.

'Sun Ra: A Joyful Noise' - Years ahead of his time, composer, keyboard player, bandleader, poet, and philosopher Sun Ra coupled images of outer space with those of ancient Egypt, acoustic instruments with electronic ones, and modern American musical genres (jazz, soul, gospel, blues, swing) with the sounds of Africa and the Caribbean. He also combined his music with dance, poetry, colorful costumes and backdrops, and pure theatricality, influencing other innovative musical ensembles as diverse as the Art Ensemble of Chicago, George Clinton's Parliament Funkadelic, and Frank Zappa's Mothers of Invention, and he was among the first musicians to use electronic keyboards and portable synthesizers in public performance. For his one-hour documentary, 'Sun Ra: A Joyful Noise,' Robert Mugge spent two years shooting Sun Ra and members of his so-called jazz Arkestra in a wide variety of situations. Ensemble performances were filmed at Baltimore's Famous Ballroom, at Danny's Hollywood Palace in Philadelphia, and on the roof of Philadelphia's International House on the edge of the campus of the University of Pennsylvania. Sun Ra's poetry and mythological pronouncements were filmed in the Egyptian Room of the University of Pennsylvania's anthropology museum, in a sculpture garden in Philadelphia's Fairmount Park, in front of the White House in Washington, D.C., and inside and outside of the house he shared with key band members in the Germantown section of Philadelphia. Interviews with band members were filmed inside and outside of the house, as well as inside their nearby Pharaoh's Den food store, and a band rehearsal and a solo keyboard performance were filmed in the house as well.Transferred to HD from the original 16mm film and lovingly restored for the best possible viewing experience. Songs performed in the film include such Sun Ra classics as "Astro Black," "Mister Mystery," "We Travel the Spaceways," "Along Came Ra/The Living Myth," "Spaceship Earth (Destination Unknown), "Requiem for Trevor Johnson," and many more. This release also includes extended audio versions of these and other songs 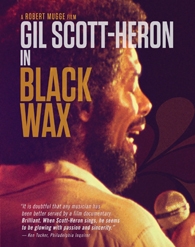 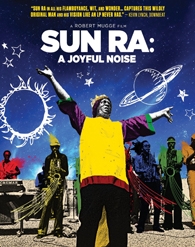