While the kiddos are getting dressed up and out begging for candy from total strangers, you can hunker in your home theater and enjoy four more fan-favorite fright flicks on 4K Ultra HD Blu-ray from Scream Factory!

With the Halloween season coming in fast, we were waiting for Scream Factory to make a few announcements. THey already had a stacked September with Army of Darkness, Evil Dead (2013), John Carpenter's The Fog, and Tobe Hooper's The Funhouse all coming to 4K Ultra HD Blu-ray. After some rumors and early postings on various retailer websites, Scream Factory now has their October horror titles up for pre-order on the Shout! Store.

Here's what's digging up out of its grave and into your collection...

The Return of the Living Dead - 4K Ultra HD Blu-ray 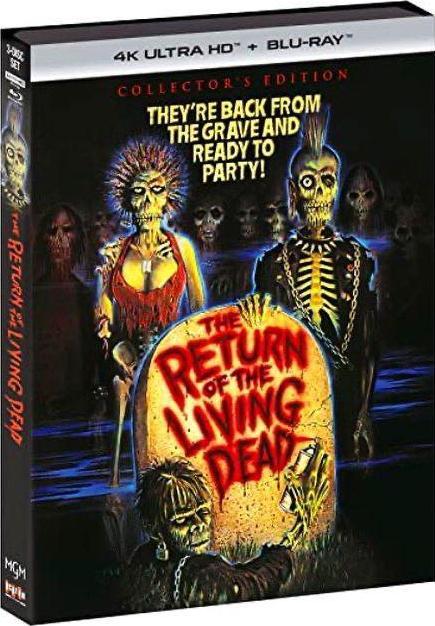 This is actually the title we know the least about right now. Scream Factory already unleashed a pretty terrific Collector's Edition Blu-ray of Return of the Living Dead so we imagine most if not all of those features and extras will port over. Will there be Atmos? Will the original mono include all of the songs? We don't know yet. Their listing on their shop is pretty sparse. And because Shout/Scream hasn't yet thrown out a wide official announcement, we can only speculate HDR grade at this point but don't be surprised about Dolby Vision. Return of the Living Dead is slated to drop on October 18th - a Limited Edition with four enamel pins and a poster is up for Pre-order too. 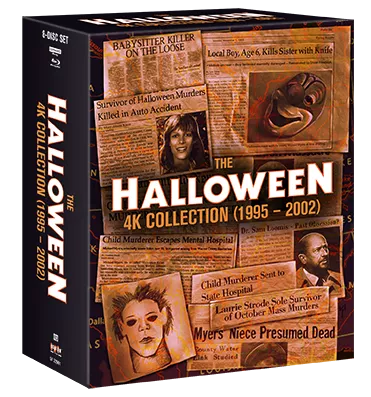 Coming October 4th, 2022 - This is a large three-film, eight-disc set. Why a 4K Halloween box set, now but not for the first five films? you might ask. Well, consider the franchise entries in this set... Per the Shout! Store listing, we'll be getting Halloween: The Curse of Michael Myers (Theatrical and Producers Cut in 4K!), Halloween: H20 20 Years Later, and Halloween: Resurrection. Like Return of the Living Dead above, we know very little about this set in terms of specs and bonus features, but we do know from the packaging below, each film will come with its own case and slipcover in a similar design as the Halloween 1-5 sets last year so presumably there'll also be alternate cover art and we do expect bonus features not seen since the old 10-Film Deluxe franchise collection to make an appearance too. We also can see that The Curse of Michael Myers is going to be a 4-disc set, so probably a 4K UHD disc and a Blu-ray for each cut of the film instead of rolling with seamless branching. This set is now up for pre-order from Shout! 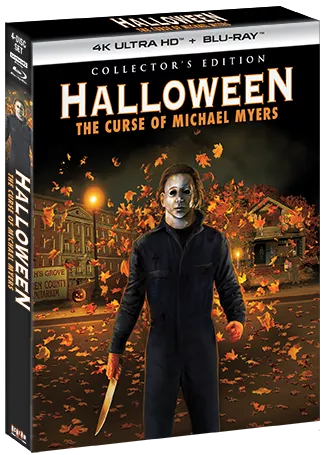 In a single horrifying night, Michael Myers' reign of terror changed Halloween forever! Now, six years after he was presumed dead in a fire, Michael has returned to kill again – and this time there's no escape! As his fury builds to a spine-tingling climax, the longhidden secrets of the screen's most maniacal murderer are shockingly revealed. Donald Pleasence (Halloween), Paul Rudd (Anchorman: The Legend Of Ron Burgundy, Ant-Man), Marianne Hagan (Stake Land) and Mitchell Ryan (Lethal Weapon) star. 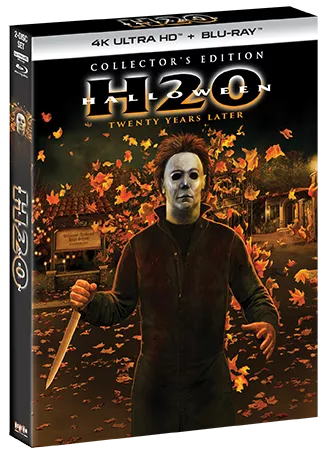 Now the headmistress of a private school, Laurie Strode (Jamie Lee Curtis) is still struggling with the horrifying, 20-year-old memories of the maniacal killer Michael Myers when he suddenly appears again with a vengeance! And this Halloween, Laurie's rebellious son (Josh Hartnett, 30 Days Of Night), his girlfriend (Michelle Williams, Venom), and their friends will become Michael's newest victims unless Laurie can conquer her fears and put evil in its place once and for all. LL Cool J (NCIS: Los Angeles), Joseph Gordon-Levitt (The Dark Knight Rises, Inception), Nancy Stephens (Halloween) and Janet Leigh (Psycho, The Fog) also star. 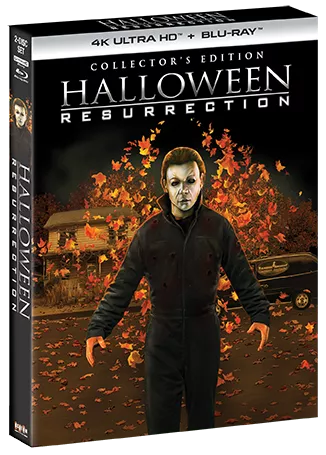 The reality programmers at DangerTainment have selected Rudy (Sean Patrick Thomas, Dracula 2000), Bill (Thomas Ian Nicholas, American Pie), and a group of thrill-seeking teenagers to spend one fun-filled night in the childhood home of serial killer Michael Myers. But the planned live broadcast turns deadly when their evening of excitement becomes a night of horror as Michael himself decides to crash the party. Halloween: Resurrection also stars Bianca Kajlich (Bring It On), Katee Sackhoff (Riddick, Battlestar Galactica), Busta Rhymes (Narc), and Tyra Banks, along with a special appearance by Jamie Lee Curtis.

And for now, that's all the news that's fit to print! As Shout!/Scream Factory officially announces these and pumps out some more details, we'll update our listings