The Latvian erotic-art-horror flick will arrive on Blu-ray later this year.

In an early announcement to retailers, Mondo Macabro is preparing Spider for Blu-ray this summer.

A young model's life spins out of control after she visits the studio of an eccentric artist and poses for a painting of Virgin Mary. Directed by Vasili Mass. Starring Romualds Ancans, Aurelija Anuzhite, and Saulius Balandis.

Specs, supplements, and a suggested list price have not been announced yet, but you can check out the cover art by Gilles Vranckx below: 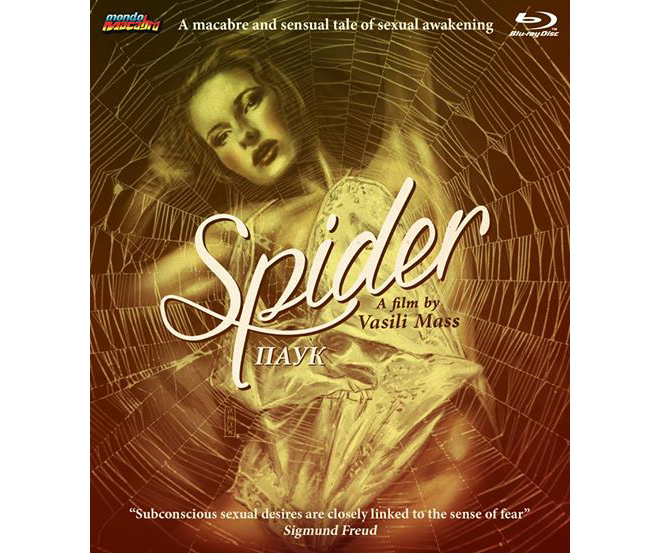 You can find the latest specs for Spider linked from our Blu-ray Release Schedule, where it's indexed under PENDING.

Discs mentioned in this article: (Click for specs and reviews)
Spider (1991) (Blu-ray)