Held between February 25 and February 28 in Barcelona, Spain, the 2019 Mobile World Congress was full of new details on a variety of upcoming smartphones. From models with foldable screens and HDR support to handsets with 21:9 displays and Dolby Atmos or DTS:X powered audio playback, the latest crop of smartphones from LG, Sony, and Samsung promise a bevy of advanced AV features.

Though we've already covered Samsung's new Galaxy offerings HERE, below is a rundown of some additional flagship mobile devices announced at the show:

Sony's new flagship Xperia 1 features a 21:9 CinemaWide 6.5" 4K (1644x3840) HDR OLED 10-bit equivalent display (8-bit with 2-bit smoothing) powered by the company's BRAVIA TV technologies. Designed to offer a premium cinematic experience in the palm of your hand, the device includes a "Creator Mode" to accurately produce content the way it was meant to be viewed. Likewise, the screen supports ITU-R BT.2020 and DCI-P3 wide color spaces with Illuminant D65. Under the hood, the smartphone boasts a Qualcomm Snapdragon 855 CPU, 6GB of RAM, and a high capacity 3330mAh battery.

Meanwhile, when it comes to audio, the device includes Dolby Atmos audio to simulate sound from above and around the listener with headphones. Likewise, the unit also includes stereo speakers and High-Res audio capabilities with compatible headsets. A rear 12MP triple lens camera system is integrated as well with 16mm, 26mm, and 52mm lenses, along with an 8MP front camera. Finally, 4K HDR 24fps video recording in the 21:9 aspect ratio is also supported. 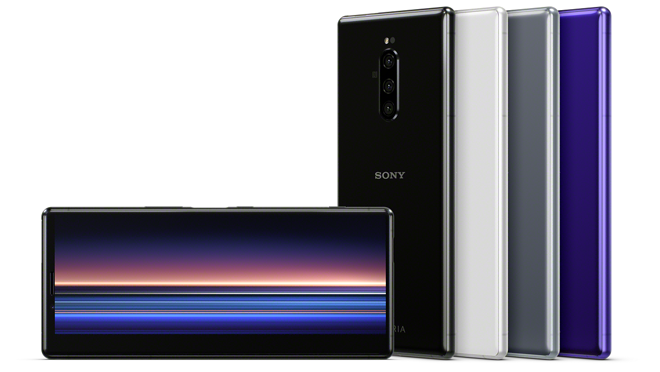 "We have established a new vision for our Xperia™ brand to bring our customers experiences beyond imagination," said Mitsuya Kishida, President, Sony Mobile Communications. "We are continuing to push the boundaries in pursuit of innovation and our new Xperia delivers genuine technologies with a multitude of professional-grade features for creative entertainment experiences that are only possible with Sony."

The Xperia 1 is set to launch in late Spring 2019 with Black, Purple, Grey and White color options. Pricing has not been confirmed yet. 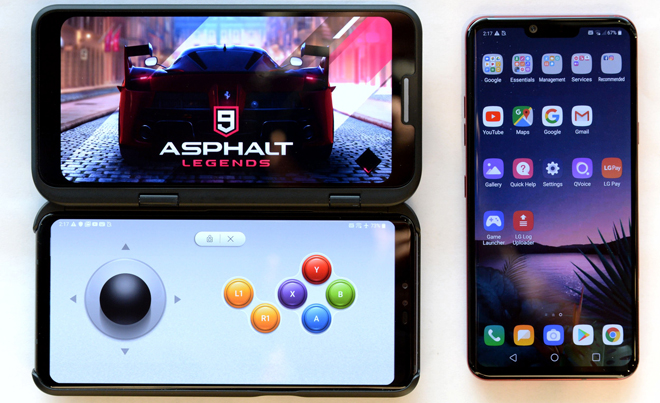 Meanwhile, users in select markets can also add an optional Dual Screen accessory to the smartphone. The Dual Screen is designed to attach like a cover case, offering a second 6.2-inch FHD+ (2160 x 1080) OLED FullVision display for enhanced multitasking and gaming. Both screens can be used independently of each other, and the second display can also be used as a dedicated controller in some mobile games.

Pricing has not been announced yet, but the LG V50 ThinQ 5G and Dual Screen accessory are set to launch by the Summer. With that said, the Dual Screen add-on is not currently planned for a US release.

A front 8MP ToF Z Camera and a rear 16MP Super Wide/12MP Standard/12MP Telephoto camera are integrated as well. The ToF Z Camera tech allows the device to determine depth faster and more accurately than other image sensors, enabling impressive selfies and an advanced Face Unlock feature. Likewise, the Z Camera works in tandem with the smartphone's infrared sensors to offer palm vein authentication. This options allows the G8 to identify users by recognizing the veins in the palm of their hand. 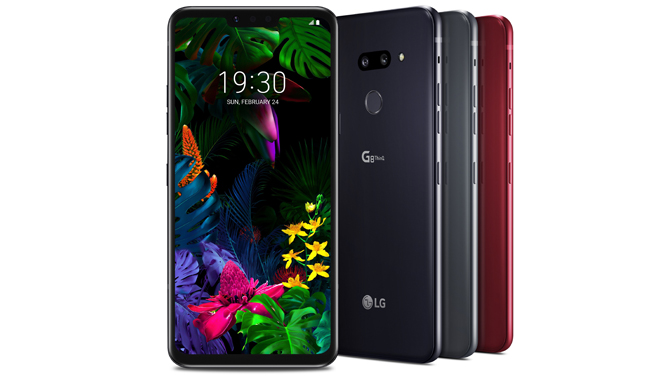 In addition, the device features audio tuned in partnership with Meridian Audio, along with Crystal Sound OLED tech to turn the display itself into a front speaker diaphragm. A 32-bit Hi-Fi Quad DAC and an additional integrated Boombox Speaker are implemented as well, and the system also supports DTS:X and Master Quality Authenticated (MQA) technology.

"Our commitment to driving smartphone audio to new heights is on clear display in LG G8 ThinQ," said Chang Ma, senior vice president and head of product strategy at LG Electronics Mobile Communications Company. "By developing new technologies as well as working closely in partnership with the audio industry's best partners, LG will continue to deliver the quality of sound that consumers demand and deserve." 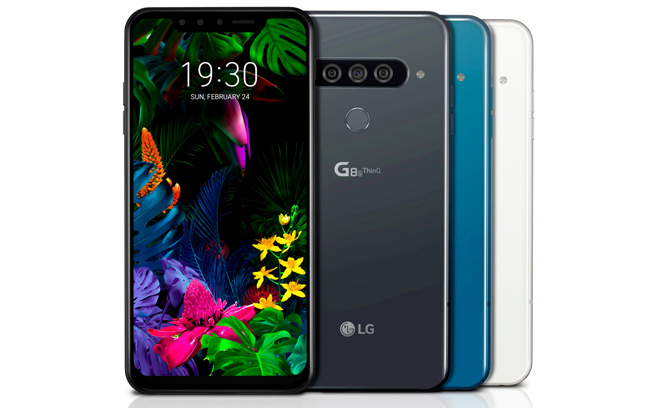 Meanwhile, a slightly less robust G8s ThinQ model has also been detailed. This version features a 6.2-inch 18.7:9 FHD+ (2248 x 1080) OLED FullVision Display, along with the same Snapdragon 855 Mobile Platform and 6GB of RAM. A 3550mAh battery is integrated as well, and the device also includes a front 8MP ToF Z Camera and a rear 13MP Wide/12MP Standard/12MP Telephoto camera.

Exact pricing and availability for the G8 and G8s have not been announced yet, but the G8 is expected to starting shipping in the US this Spring. The G8s model, however, is not currently scheduled for a US release.