Avengers: Infinity War -- Who Will Live & Who Will Die?

Avengers: Infinity War is finally coming to cinemas this week -- the culmination of over ten years of work told over 18 interwoven stories -- and it feels like anything could happen in the Marvel Cinematic Universe. Which leaves us with the question...

Is Marvel going to kill one or some of our favorite superheroes?

It's definitely likely, given the impending expiration of certain actor contracts, not to mention the fact that the Avengers are facing the biggest MCU villain to date. Dramatically speaking, it feels like anyone could die, but who will it be?

For this article, we've listed out every MCU main character and approximated their chances of SURVIVING or DYING in Infinity War. From Iron Man to Hawkeye, all the way to Falcon and Star-Lord, along with Nick Fury - everyone is accounted for here.

To be very clear, these are NOT spoilers -- we haven't yet seen the movie -- just our best guesses. Let us know your thoughts and whether or not you agree in the comments below. 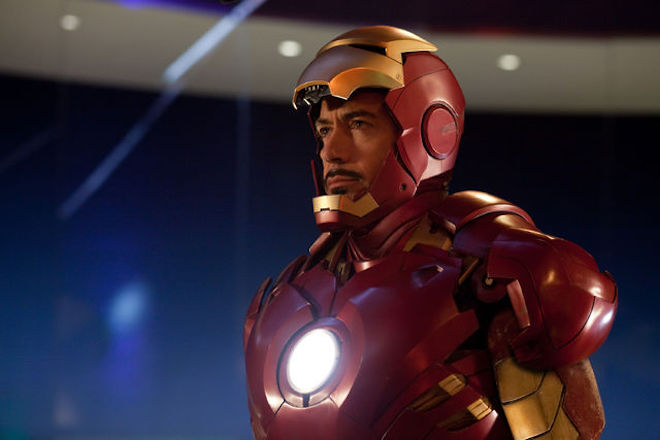 Why?: Robert Downey Jr. has been doing this for a long time and his contract is rumored to be up. Also, in the past films, the character Tony Stark has talked about retiring as well and what better way to go out than either sacrificing himself or going to live a quiet life with Pepper after all is said and done. 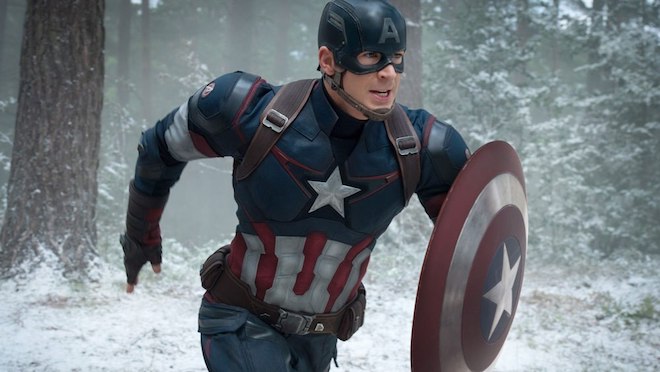 Why?: Chris Evans has said before that he wants to move on after the upcoming Avengers film, which is when his contract is up like Downey Jrs. In the comic book franchise, he is indeed killed, but someone else takes over his role. Captain America will go down fighting for sure, but there is no way he is retiring. He will be killed off. 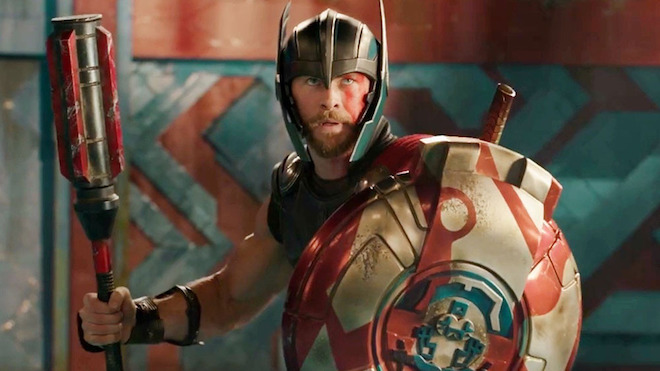 Why?: Chris Hemsworth is not done making Thor films as he's stated that he wants to make more movies as the God of Thunder. We've also heard that Avengers: Infinity War will basically be a Thor film with everyone else in it, which means that Thor and Thanos will come face to face, which at first doesn't look good for Thor. However, with his power and his Avenger friends, Thor is likely to survive even if he's the last Asgardian out there. 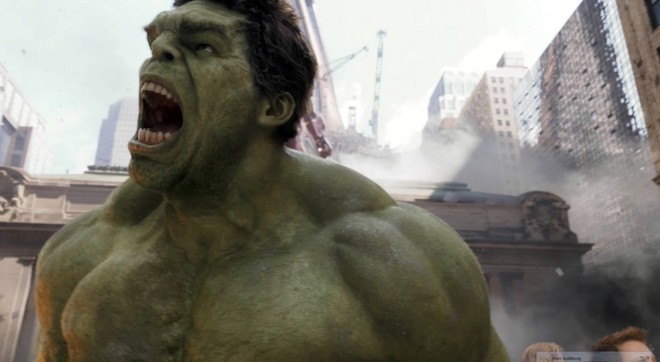 Why?: Mark Ruffalo has signed on for six films in the MCU, which means he still has more to go, none of them being an origin solo spinoff movie. You just can't kill Hulk. He's going to be around for a while and will make quite an impact in Avengers: Infinity War. We are going to get a Planet Hulk film for sure after Infinity War and explore more adventures with Hulk and Thor. 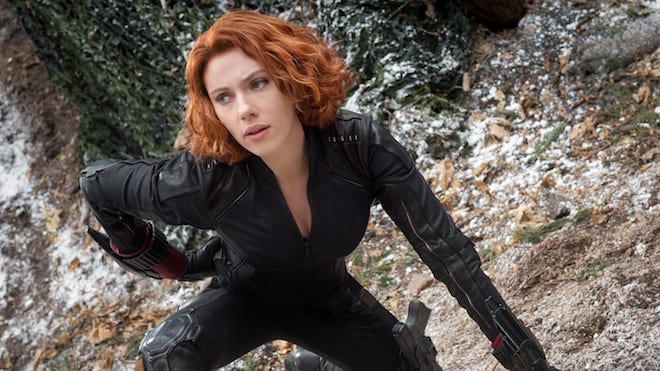 Why?: Black Widow has been around since the beginning and has proved time and time again that she might be the smartest and most lethal member of the Avengers, even though she has zero super powers or a super suit. There's always a chance she might perish, but it's very small, because Scarlett Johansson has signed on to a solo spinoff film of Black Widow finally. She'll be around for more MCU films for sure. 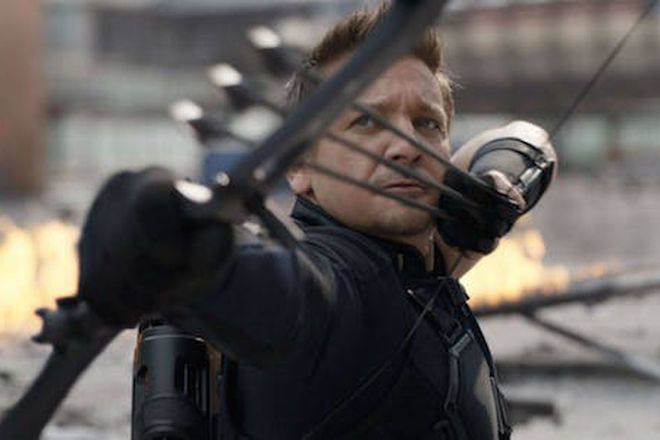 Why?: Hawkeye has been noticeably absent from all of the Avengers: Infinity War promo trailers and posters. That being said, Jeremy Renner is still signed on for more Hawkeye appearances in future MCU films, although none will be his own starring film. He might be the least popular Avenger, but he also might be the only one to save the day here. Still, if he dies, it will be here and his storyline won't be a big impact on future films. 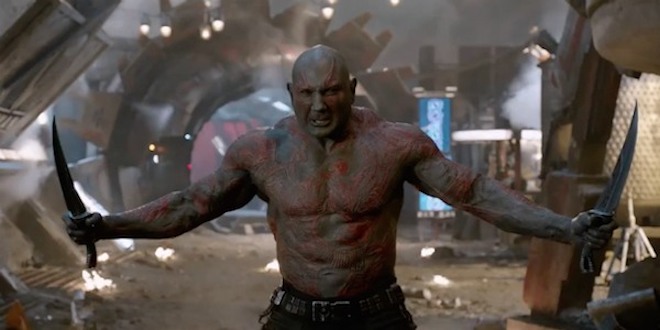 Why?: There's always a small chance that anyone could die here, but as far as the Guardians of the Galaxy are concerned, they will be sticking around for a while. We know that Thanos killed Drax's family a long time ago, so he has a bone to pick with Thanos. Being hot-headed, Drax could be killed easily, but that just isn't going to happen. He's going to be around to make fun of Star-Lord and Rocket for sure. 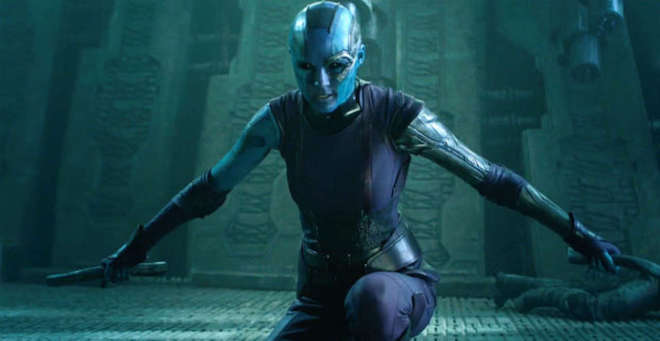 Why?: Again, there will be more Guardians of the Galaxy films, but Nebula has been a small and unpopular character for the most part. The catch here is that Nebula is Thanos' daughter who has a love/hate relationship with him. She'll get close to him, but I doubt he will kill her, unless she sacrifices herself for the good of her sister's well-being. 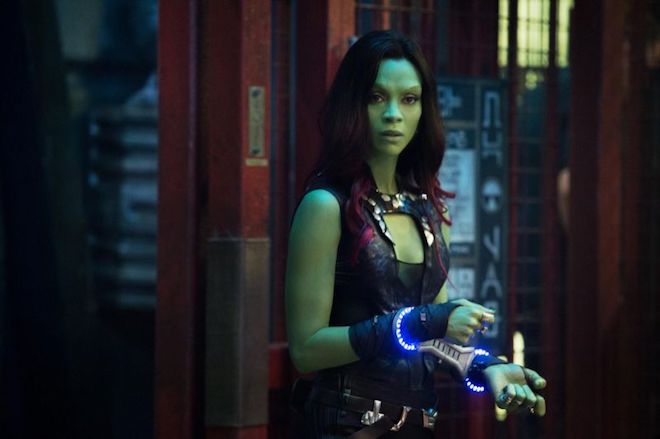 Why?: Also part of the Guardians of the Galaxy and also Thanos' daughter along with Nebula, there is a tiny chance she might die. Then again, we have more films with her and need to see her romance with Star-Lord advance. There is also no way that Gamora dies and Nebula lives here. Gamora will be around for a long time to come.

Why?: Everyone's favorite snarky and foul-mouthed raccoon is pretty safe when it comes to Thanos. He will be around for more films and Bradley Cooper just has to record his voice here, so there are no contract or timing issues. I have a feeling Rocket will come close to dying, but he won't be the eternal dust this time out. 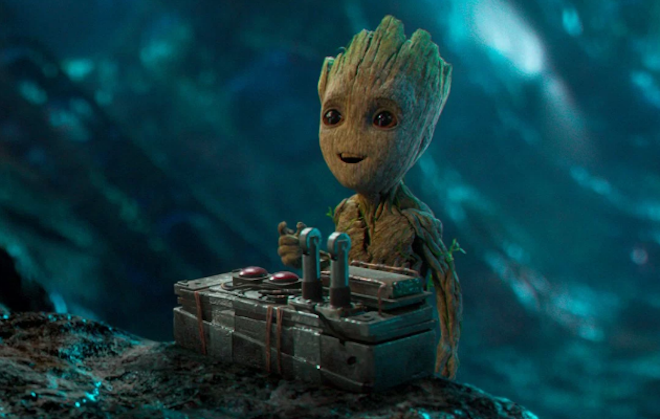 Why?: Look, this is the MCU's pet dog and there is no way they are killing the pet dog - AGAIN. Groot will be a teenager by this time and grow up to save his friends and the galaxy for many more future films. If Groot dies in Avengers: Infinity War, there will be full-scale riots in the streets. 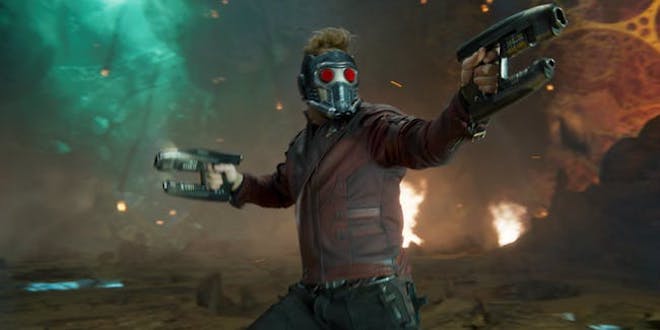 Why?: Peter Quill/Star-Lord isn't going everywhere. Chris Pratt is what holds this team together and nobody will be able to do it better than he. Not only that, there will be future Guardians of the Galaxy films in the future with him as the star. Star-Lord might get injured, but there is no chance he will die here. He will survive for sure. 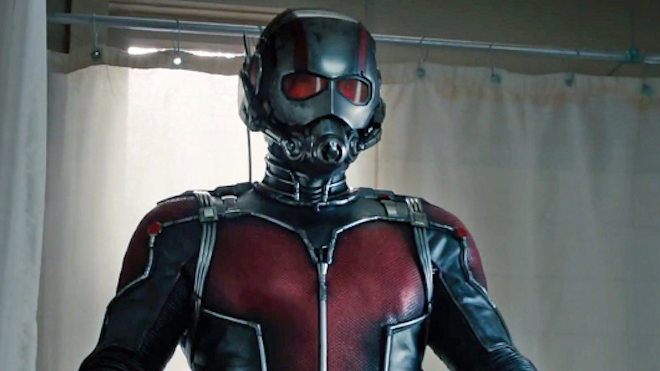 Why?: Paul Rudd is one of the bigger comic relief heroes of the Avengers. He also has more movies under his contract, including the upcoming Ant-Man and Wasp movie later this year. That being said, Ant-Man has been absent from most trailers and posters for Avengers: Infinity War, but that maybe that he's too small to see. He will show up at some point here and he will survive for sure.

Why?: Why debut a new superhero and immediately kill her off? It doesn't make sense. Sure they did that with Quicksilver, but Wasp is more important right now, and Quicksilver still might come back. If Wasp shows up in Avengers: Infinity War, there is no way she will be killed off. 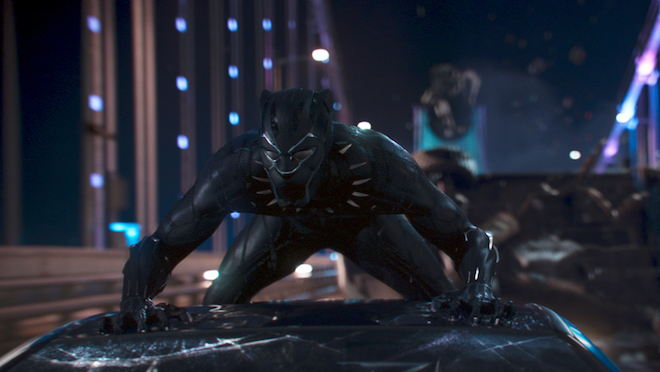 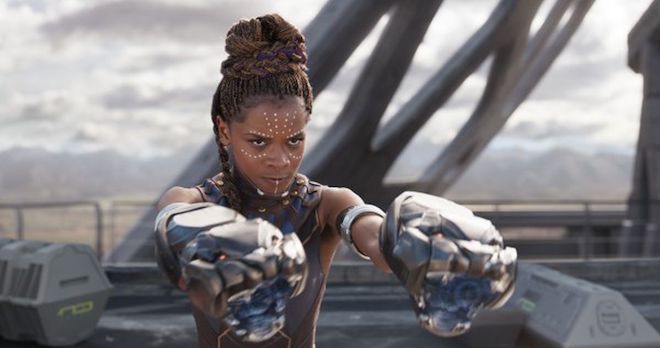 Why?: Black Panther's incredible sister was one of the big highlights of the Black Panther film. She's smarter than Tony Stark and can create anything that Rocket can, but better. I have a feeling that if Iron Man dies, Shuri will be the one to take over the costume or at least be involved in the Iron Man technology in some way. 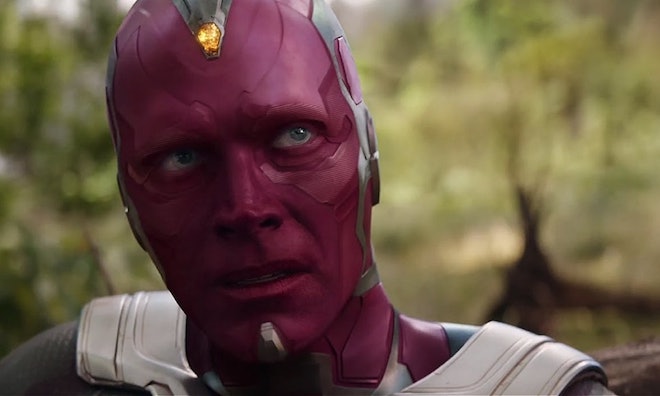 Why?: Vision has one of the Infinity Stones in his forehead. We know that Thanos acquires all of the Infinity Stones. We also know that this Infinity Stone provides the life inside Vision. It can be easy to say that Vision is going to die here, which he probably will. That being said, I'd still like to see Vision and Scarlet Witch married like in the comics and we don't know that removing the stone from Vision's head will kill him. 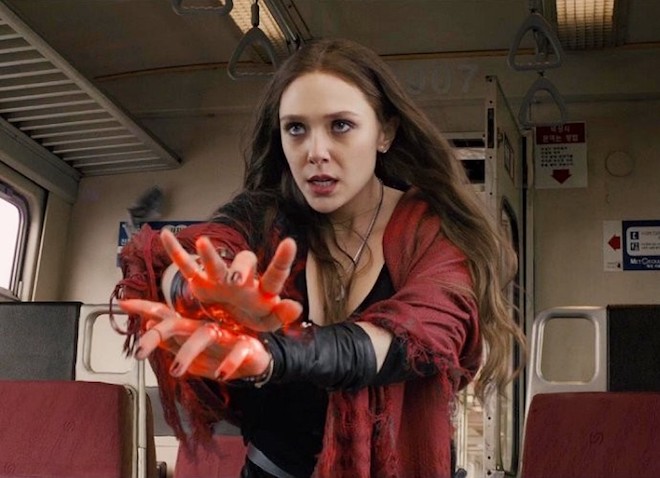 Why?: Scarlet Witch is one of the most powerful members of the Avengers, therefor I doubt she will be killed off. Also, Elisabeth Olsen is slated for at least three more MCU films in the future. She will be essential to the fall of Thanos too. I just hope that her romantic interest Vision will be around to see her grow in future films. 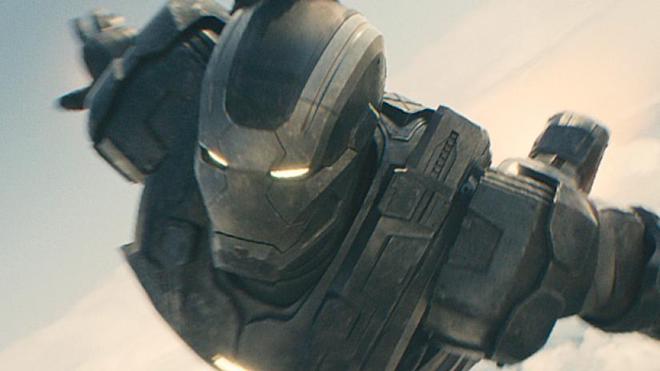 Why?: War Machine isn't a huge character yet in the MCU, although he's had some great scenes. We've also seen him injured before too in previous movies. That being said, I'm willing to bet he is the first death we see in the Avengers: Infinity War. On the other hand to that, if Iron Man does indeed die, Rhodes can don the Iron Man suit and be the new Iron Man. It's possible, but unlikely. Shuri is the prime candidate for this. 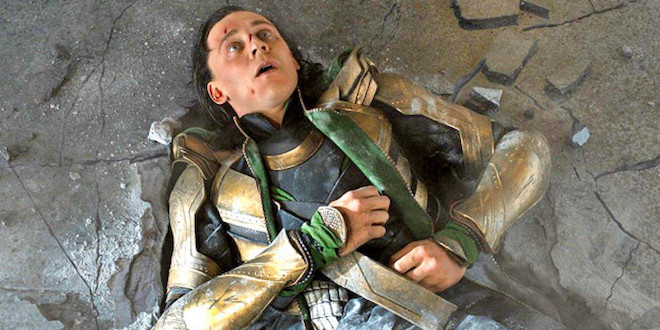 Why?: Loki was at first in cahoots with Thanos, but failed him in the first Avengers film. Recently, Loki has become a fan favorite in the MCU, even showing his good side in at least Thor: Ragnarok. Still, Thanos will make an example out of someone, and that someone will be Loki to start the chain of events. Plus, Loki is not exactly a big part of this whole MCU universe right now and could be easily killed off, which will be emotional for sure.

Why?: Tom Holland is the best Spider-Man thus far and he has two more Spider-Man films set in the MCU coming up soon. He's as safe as Groot here. They're not going to kill the youngest member of the Avengers here, plus I'm willing to bet Peter Parker will become the leader of a young Avengers team to come shortly. He's going to be alive for a long time.

Why?: There is already a future sequel to Doctor Strange set in stone and, with Strange's magical powers, there is no chance he will be killed off by Thanos here. Benedict Cumberbatch has several more MCU films under his contract left, so the chances of him being killed off are very small in Avengers: Infinity War. His unique ability makes him a superstar in fighting the big villains. He's going nowhere. 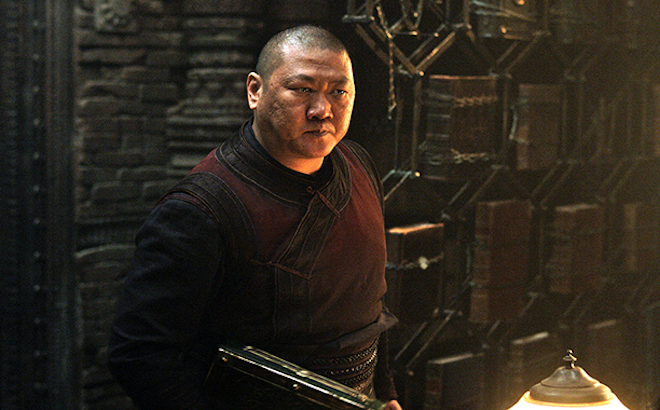 Why?: Tiniest chance that Wong dies, but since he was the great dry comic relief and friend to Doctor Strange, there is no way he goes until getting more screen time. Plus, don't you want a buddy-cop/sorcerer film with Wong and Doctor Strange in the future. Count on that happening. 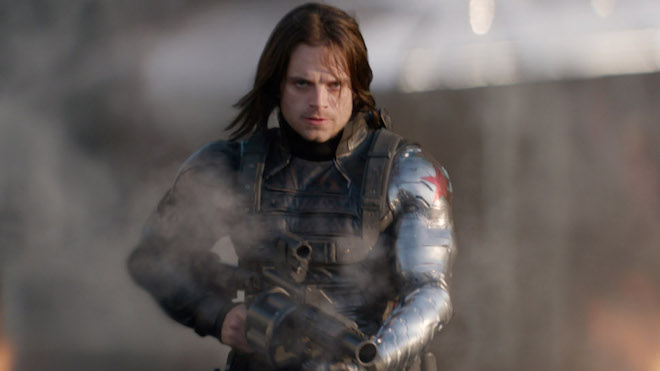 Why?: Groot has a better chance of dying than Bucky Barnes/The Winter Soldier. Sebastian Stan has signed on for NINE movies in the MCU universe. What's that say? Captain America is going to die and Bucky Barnes is taking over in the role, just like in the comic books. Bucky Barnes will be around still when Peter Parker turns 103 years old. 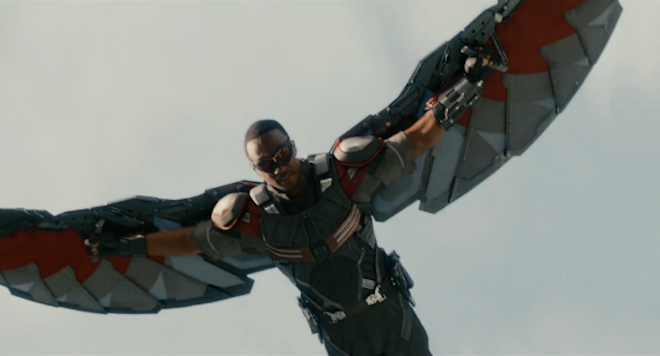 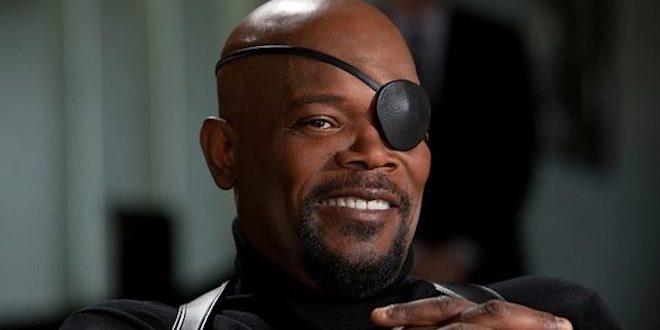 Why?: Of course we haven't seen Nick Fury in quite some time and we still don't know if he will re-appear in Avengers: Infinity War. We all know Samuel L Jackson has a great time in this role and will be happy to do more appearances in the MCU. The questions is how he will be presented here. My guess is that at the end of the film or even in the post-credit sequences, Nick Fury will appear and present the Avenger team with new recruits: The Fantastic Four/X-Men.