If you missed your chance to own Disney's Diamond Edition Blu-ray release of Peter Pan back in 2013, fear not, the Mouse House is taking the film out of the vault just in time to celebrate its 65th Anniversary. As part of the celebration, I got to talk with Wendy Darling actress and performer Kathryn Beaumont. During a delightful chat, we discussed the film's longevity, her experience changing studios, and what it was like working on Peter Pan.

"I was shocked when I realized it! I mean, 65 years? These stories are also timeless and that's how they lasted through the years and from one generation to another to another. People enjoy these very special stories.

Starting out as an actress in Hollywood, Kathryn actually began in small roles for several MGM productions before she was hired in 1951 to voice and be the live reference model of Alice for Walt Disney Studios' Alice In Wonderland before she would continue working with the studio portraying Wendy Darling as well as serving as one of the life references for Tinkerbell.

"It was a totally different experience. I hadn't really had a lot of experience when I went to MGM and coming to Disney was quite a different world. When I went to Disney it was a much more relaxed atmosphere and people would come to meet me and get to know me and I really felt like I was part of the team and it was just a wonderful, wonderful experience from what most studios probably would be. I consider myself very fortunate to have been a part of Walt Disney Studios." 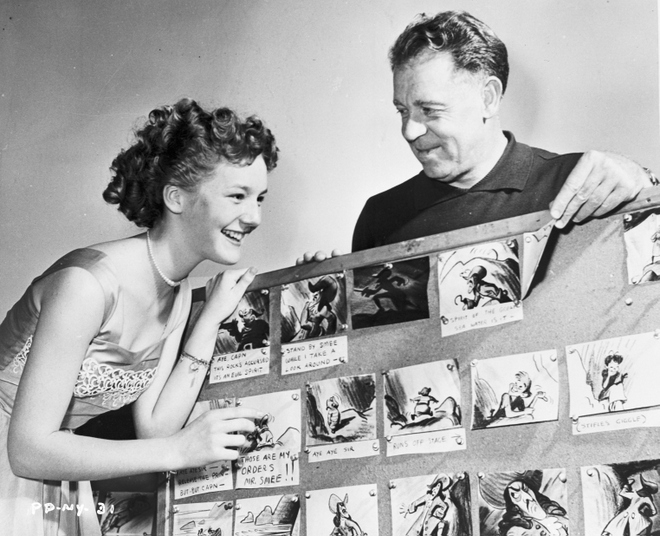 As she was still a young girl during the making of Peter Pan, I asked her what her day-to-day work life was like working on the film.

"When I was given the part for Peter Pan as Wendy, there was a session first for recording where you had the script and you did the recordings, and that was followed by live action. And that was where for reference you would go through the motions and act out the scenes that you just recorded earlier on. And that was for the artists to watch on a small screen and see how the movements of the characters were so that it would help them to draw more realistically of what someone was doing while speaking their roles. In a nutshell, that was what I was doing when I was working on the part of Wendy." 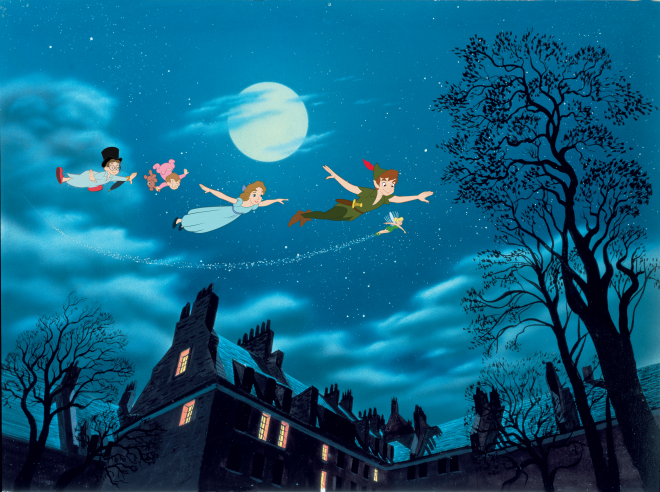 Today, the technology behind animated films has changed so drastically that we can actually use motion capture computer programs to get life-like movements and performances for CGI animated characters. For Peter Pan, the process was very different.

"You did the recording first and then a few weeks later you would do the live action because that was the reference for the artists to help them draw the figures more realistically. And so we would have a day of rehearsal and that would be to just block the scenes and know where we were moving and all that sort of thing. And then the next day was under the bright lights where they actually filmed. But there wasn't really a full set, it was a fairly empty set with just basic things that might be needed for us to work with where our actions would show so they would know what to draw with those particular actions. 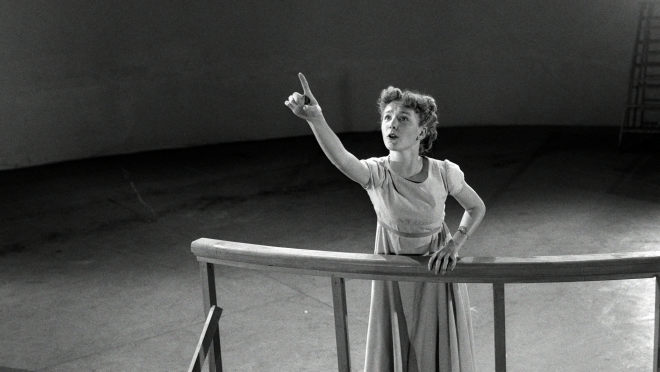 "We had devices that were attached to us, these devices were like harnesses, and they would hoist me up into the stage area and then they would move me around so that it looked like I was flying free. That's how they got what proper flight might look like because they could animate that. Of course, it was a little difficult for me because I was afraid of heights! It really wasn't that high up, it was just that I was so frightened and I was so little!

As a young girl who was still in school, her days were a combination of voice recording or live film acting as well as having to put in a full day of school work.

"I had a teacher who was on call from the district, the L.A. Unified District. What she had to do was to make sure there was exactly four hours of work time and three hours of school time. So we would start off our day and maybe do an hour and then we would go up to the set and start working on the production. I would be working on it maybe for an hour and then do an hour of schooling and each time she would log in the time I came in to work with her and the time I left to do some under the bright lights work. So it was back and forth, back and forth all day which would be a full day as the time went along. So it would be four of work with three hours of school with your lunchtime and all of that. So it really was a full day. She was very watchful to make sure I had my full time of school as well as my full time of work." 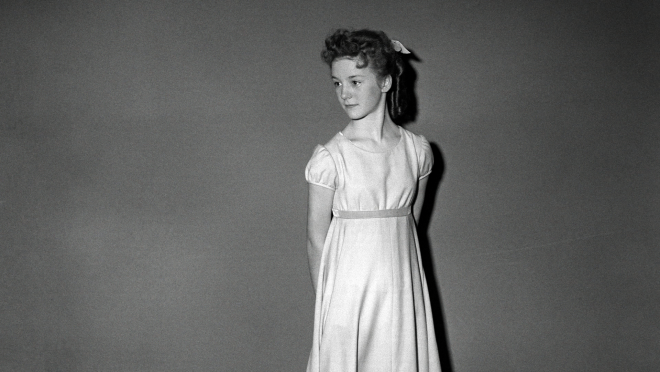 After her time with Peter Pan, Kathryn would appear in small roles for a few Disney projects here and there. Ultimately, she left the entertainment world and became a teacher. With her distinct voice that is still crystal clear today as it was 65 years ago - some students would realize she wasn't simply just their teacher.

"I would teach some of these classes and at some point, someone would realize that I had this other background. I remember this one little student coming back into the classroom one afternoon - a child who didn't use to come in for help like most who would stay back at the end of the day. And he was sort of standing there and I asked him "what's the matter, do you need something?" and he quietly walked up and asked "well… well… are you the voice of Wendy?" And I said "yes, yes!" and with that, he couldn't handle it any longer and turned around and just dashed out of the room!"

As part of the new bonus feature package for this new Signature Series Collection release of Peter Pan, an absolute must-see piece is the brief, but very informative A Darling Conversation With Wendy & John: Kathryn Beaumont and Paul Collins. It's a wonderful piece that dovetails nicely into what Kathryn and I discussed over the phone. 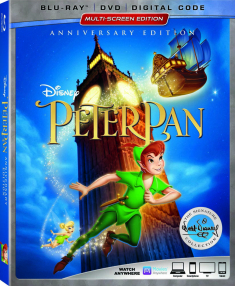 The new Anniversary Edition Signature Series Collection release of Peter Pan arrives on Blu-ray June 5th. Read my review HERE and don't forget to pre-order this one before it goes back into the vault!