'Michael Jackson: Off The Wall' Bound for Blu-ray

A new documentary directed by Spike Lee will accompany the 1979 album on Blu-ray/CD in February.

In an early announcement to retailers, Legacy is preparing 'Michael Jackson: Off The Wall' for Blu-ray on February 26.

This exclusive edition of Michael Jackson's revolutionary 1979 recording Off The Wall includes the original album bundled with the new documentary Michael Jackson's Journey from Motown to Off the Wall, directed by Spike Lee. The deluxe softpak includes a 16-page booklet containing a new essay and photography plus a piece of chalk and inside panels with a chalkboard finish. 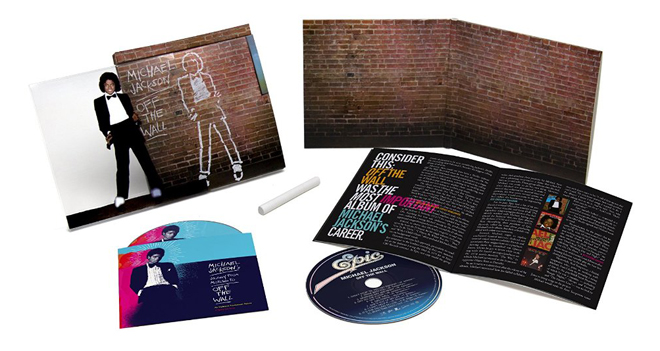 The importance of Michael Jackson's Off the Wall cannot be overstated. Recorded when he was just 20-years-old, the album heralded Michael s emancipation as a singular musical force and creative visionary. It's the record that "invented modern pop as we know it" according to Rolling Stone magazine. It smashed the ceiling on record sales for black artists, ushering in an exciting new era of R&B-to-pop crossover airplay, chart, marketing and sales trends not seen before in modern pop music. Written by Michael Jackson, the first single from Off The Wall, "Don't Stop 'Til You Get Enough," was Michael's first Grammy and first single to hit No. 1 in the U.S. and internationally as a solo artist. With the singles "Rock With You," "Off the Wall" and "She's Out of My Life," Jackson became the first solo artist in history to have four singles from the same album peak inside the top 10 of the Billboard Hot 100. For Michael Jackson's Journey from Motown to Off the Wall, director Spike Lee assembles a wealth of archival footage, including material from Michael's personal archive, interviews with contemporary talents and family members, and Michael's own words and image to create this insightful chronicle from the star's early rise to fame through the release of this seminal album. A look at a chapter of his career that is rarely examined, Michael Jackson's Journey from Motown to Off the Wall allows audiences to travel with Michael as he gets his start at Motown, strikes a new path with CBS Records, and forges a relationship with legendary producer Quincy Jones. An illuminated portrait emerges of how an earnest, passionate, hard-working boy would become the "King of Pop."

Suggested list price for the Blu-ray/CD combo pack is $26.98.

You can find the latest specs for 'Michael Jackson: Off The Wall' linked from our Blu-ray Release Schedule, where it's indexed under February 26. 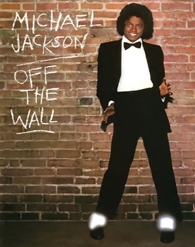 Discs mentioned in this article: (Click for specs and reviews)
Michael Jackson: Off The Wall (Blu-ray)