8K displays are now shipping across the US from a variety of manufacturers, but just what does this jump in resolution really mean for consumers? Is there even an official 8K standard yet? Is there any 8K content available to actually watch? And do all those extra pixels really offer a visible benefit over 4K?

With those questions in mind, we've put together a comprehensive guide covering all the ins and outs of the current 8K market -- detailing everything from emerging tech standards and current TV models to potential content offerings and hands-on impressions. 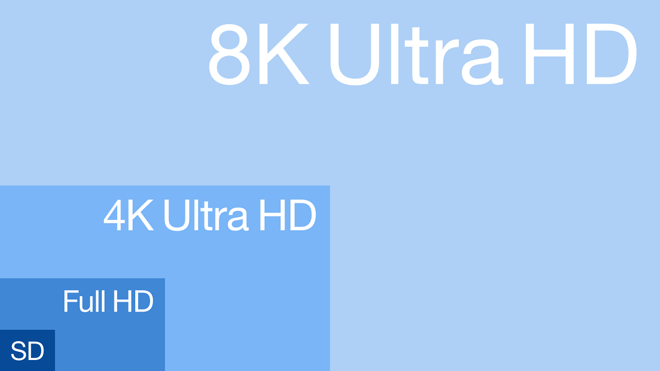 When it comes to spec requirements for 8K TVs, at least two industry groups have announced their own official display definitions and logo certification programs so far, including the Consumer Technology Association (CTA) and the 8K Association. And while not identical, both definitions cover the same basic criteria.

The CTA's 8K Standard lists specific tech specs related to resolution, digital inputs, HDR, up-conversion, and bit depth that are necessary for a display to be officially classified as 8K under its program. The group's logo will be available for use with new display models that meet its criteria beginning in January, 2020. With that said, several currently available 8K TVs already adhere to the minimum specs outlined. 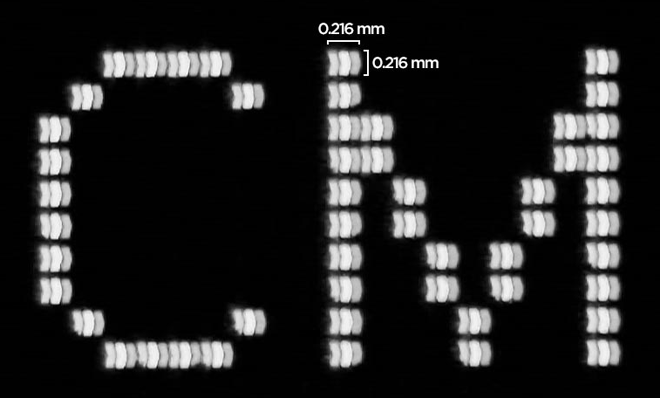 Since the 8K Association's full definition has not been released publicly yet, it's hard to say exactly how its criteria differs from the CTA's -- but one potential point of contention between the two definitions might involve a display measurement known as Contrast Modulation.

In very simplified terms, Contrast Modulation essentially calculates how easy it is to actually cleanly distinguish between different pixels (for a more technical description CLICK HERE). The CTA 8K definition includes a requirement for a minimum of 50% contrast modulation using a 1x1 grill pattern -- a criteria that new 8K sets from LG currently meet. According to LG, however, competing 8K sets from companies like Samsung have lower Contrast Modulation as a result of methods they use to enhance viewing angles on VA LCD panels. Lower contrast modulation can potentially lead to artifacts like a "mosquito net" effect when viewing images up close.

Whether Contrast Modulation ends up being part of the 8K Association's standard remains to be seen. Likewise, though very specific side-by-side demos conducted by LG have indeed revealed a benefit to higher Contrast Modulation, it's not clear whether those benefits really transfer to real-world viewing conditions.

What 8K Displays Are Currently Available?

While universally agreed upon standards for 8K TVs might still be a work in progress, several manufacturers have already released 8K display models in the US, including Samsung, LG, and Sony. Likewise, TCL has announced an 8K TV model set for release in 2020.

Here's a rundown of the current crop of 8K TVs: 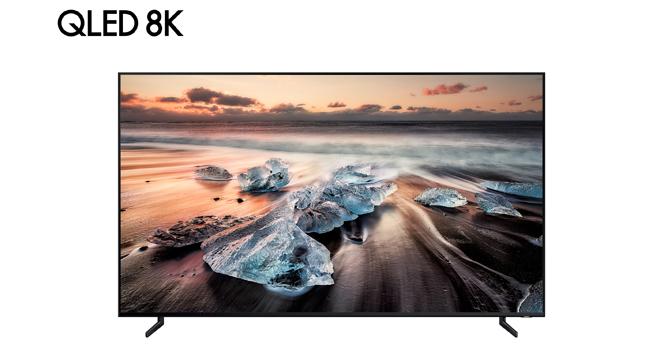 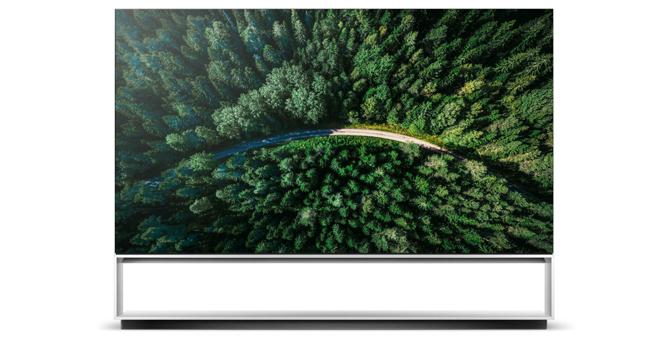 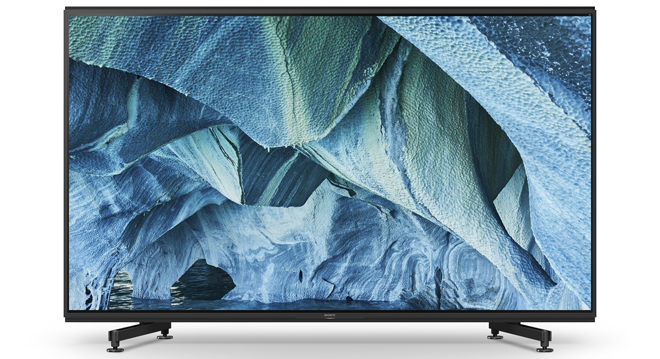 Though several 8K displays are already on the market, actual native 8K videos remain far more elusive. In fact, current 8K content is primarily limited to a handful of specialty demo reels that manufacturers have been using to showcase their TVs.

Played off of USB drives or via powerful computer rigs, these reels consist of appropriately stunning nature shots, cityscape clips, and other visually impressive imagery. But while undeniably gorgeous, the promo clips are all relatively short and don't really count as substantial 8K viewing material. 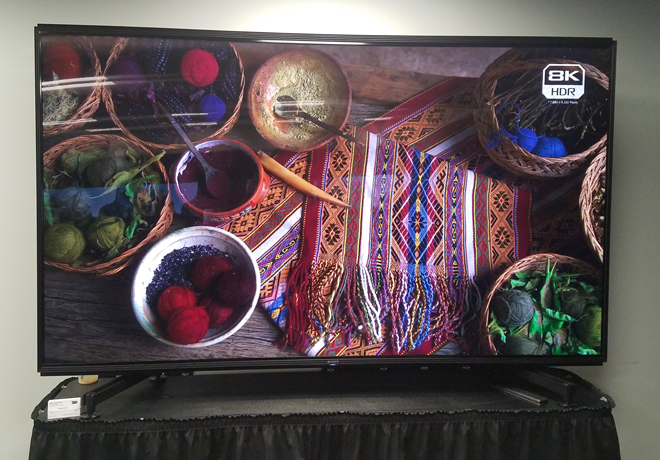 For now, however, brief demo reels are pretty much all viewers are going to get. There is no 8K disc format and major streaming services like Netflix and Amazon have not announced plans to add 8K playback. And while YouTube does actually allow users to upload and play 8K HDR videos on a computer, the service's smart TV app currently maxes out at 4K resolution -- meaning that one of the only 8K content sources available right now can't even play in 8K on current 8K TVs.

Meanwhile, on the broadcast side of things, US stations have so far shown little interest in pursuing 8K, but there has actually been a push toward 8K transmissions in some foreign markets like Italy and Japan, which are both planning to offer the 2020 Tokyo Olympics in 8K. In addition, Japanese TV broadcaster NHK already has an 8K channel and even played an 8K scan of 2001: A Space Odyssey last year.

But though studios could take the time to create 8K scans of other classic catalog titles like 2001, 8K post-production has yet to become a factor for modern mainstream filmmaking. Most Hollywood movies are still being finished at 2K resolution, and though there has been an increase in the amount of films and TV shows being mastered in 4K, the cost, time, and hardware increases required for an even larger shift toward a complete 8K workflow simply remain too large for the industry to embrace right now. 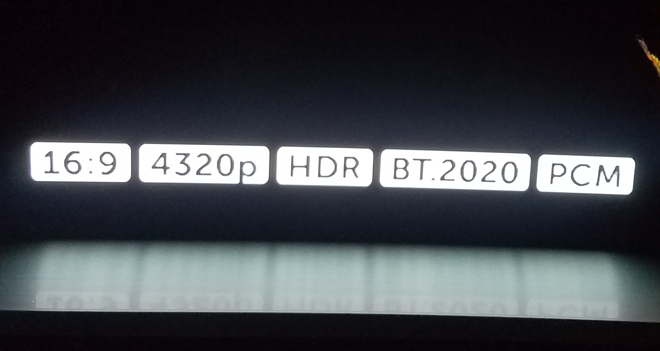 To be clear, some major movies have been at least partially shot with 8K cameras in recent years (including Guardians of the Galaxy Vol. 2), but as far as I know, they are all still ultimately completed in 2K or 4K. Though this could of course change if consumers end up embracing 8K TVs, full 8K productions from start to finish are pretty much non-existent in the industry.

So while there is some potential for older catalog films to make the jump to 8K and a small chance that Hollywood might gradually start to transition to an 8K workflow over the next few years, as of now, native 8K movies, 8K streaming services, and external 8K playback devices don't really exist in the US, and nothing concrete has been announced for the future.

In simplest terms, the answer to the above questions is... yes. With four times the amount of pixels, 8K TVs are technically capable of offering more visual detail and a higher pixel density than a 4K TV of equivalent size. But a higher resolution "technically" being superior to a lower one is meaningless if the human eye isn't actually capable of seeing the upgrade.

And that's where things get a little tricky for 8K.

You see, in order to actually discern more detail from 8K, viewers have to be pretty close to a pretty large display. But just how close is "pretty close" and how large is "pretty large?" Well, there are a few different charts out there, but according to this handy Viewing Distance Calculator on CarltonBale.com, a person would need to be no more than 3 feet away from an 85-inch 8K TV in order to see all of the visual benefits of that resolution.

Of course, measurements like this are by no means absolute and real-world impressions will certainly vary from person to person. Based on my own experiences with a variety of 8K TVs, however, I'd say that range is fairly accurate. 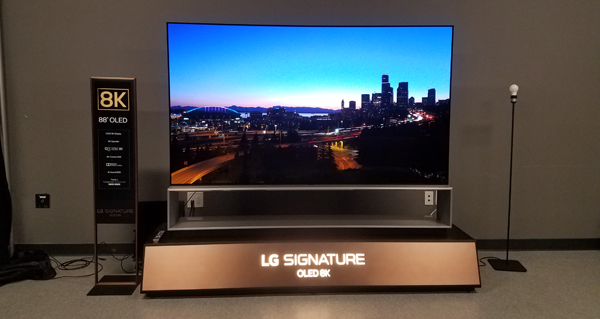 While native 8K content demos I've seen on displays like the Sony XBR-85Z9G and LG Z9 have all looked absolutely strunning, the actual benefits gained from their increased resolution over 4K have proven to be quite subtle.

The most telling comparison I've demoed so far involved switching between an 8K feed and a 4K feed of the same footage on an LG Z9 8K 88-inch TV. Getting close to the screen -- within that 3-foot range -- did indeed reveal a minor increase in fine detail around intricate feathers and scales on animals in the native 8K clip. Likewise, people walking in the distance near hot springs were slightly better resolved in 8K. For the most part, however, these improvements were pretty small, even with my face right up to the panel. And from a more natural viewing distance of about 7-feet, the 4K and 8K feeds were basically indistinguishable.

It's important to note that this was only one comparison, though, and other 8K footage might present a more visible difference. Likewise, the 4K feed was still being upscaled to 8K by the TV, so a side-by-side demonstration with a similarly sized 4K display would be the best way to determine the full benefit of all those extra pixels.

Speaking of upscaling, all of the 8K TVs I've seen so far have all done a great job of upconverting 4K material to 8K with no major artifacts. Likewise, with good scaling, the higher pixel density of an 8K TV versus a similarly sized 4K TV can result in a cleaner image at close viewing distances, preventing any discernable pixel structure from being visible. But again, you really need to be close to the screen in order to notice this benefit.

Unlike the shift from HD to 4K Ultra HD -- which introduced other key image enhancements like HDR, wide color gamut, and 10-bit color to the equation -- the upgrade to 8K really is just about adding more pixels. And while that shouldn't be entirely dismissed as a benefit for extra-large displays or projectors, there is a sense of diminishing returns.

Well, that really depends on what your expectations or needs really are.

In the current market, the primary benefit of 8K really comes down to its higher pixel density for watching upscaled 4K content on a really big screen. Even then, however, the improvements I've seen on displays as big as 88-inches are still very subtle. With that said, the benefits of 8K on TV screens 100-inches or larger -- something the industry is seemingly building toward -- will likley result in a more worthwhile upgrade down the line. 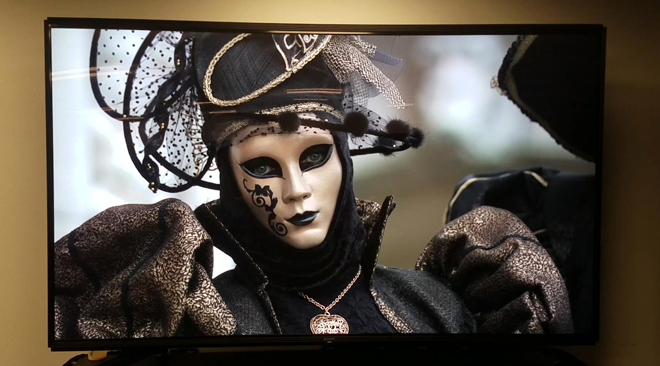 For now, Sony's philosophy on 8K seems to make the most sense. As one of the company's reps explained to me at the 2019 Value Electronics TV Shootout, Sony doesn't currently see 8K as a format successor to 4K in the same way that 4K was to HD or HD was to SD. Instead they view 8K resolution as more of a premium picture enhancement add-on for extra-large screens. With no real expectation for 8K content in the short-term, the company simply feels that an 8K TV's upscaling capabilities and higher pixel density result in the best way to watch 4K on 85-inch screens and larger.

And there is indeed some merit to that concept... once prices come down a little.

To be clear, even though I can't really endorse 8K resolution itself right now as a necessary or sizeable improvement over 4K in a home theater setting, that isn't to say that the current crop of 8K TVs aren't worthwhile. In fact, the LG Z9, Sony Z9G, and Samsung Q900 are easily three of 2019's most impressive display models, and they're all easy recommendations for buyers with deep enough pockets thanks to their incredible HDR, color, and contrast capabilities.

I just can't say that their 8K resolution is a primary selling point.