'Christina' Coming to Blu-ray this May!

In an early announcement to retailers, Severin and Intervision Picture Corp says 'Christina' will arrive on Blu-ray on June 26.

Famed B-movie vixen Jewel Shepard (HOLLYWOOD HOT TUBS, RETURN OF THE LIVING DEAD) stars as Christina Von Belle, the young heiress known as 'The Playgirl of The Western World'. But when Christina is kidnapped by a ruthless squad of lesbian commandos (led by Euro-starlet Karin Schubert of BLUEBEARD and BLACK EMANUELLE), she is forced into a shocking ordeal. For a frightened girl bound by more than desire, are there any limits?

You can find the latest specs for 'Christina' linked from our Blu-ray Release Schedule, where it is indexed under May 31. 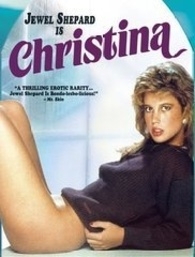