This weekend will see horror-hounds flock to screens for a fourth installment in the Insidious franchise. However, the series of sequels and prequels can be a bit complicated due to creators James Wan and Leigh Whannell course-correcting the franchise after they killed the first movie's best character, the haunted and troubled parapsychologist Elise Rainier (played wonderfully by Lin Shaye).

But no worries, we've got you covered. Here's everything you need to know about the Insidious universe -- and a recap of the first three entries -- before you watch The Last Key where Elise rediscovers her gifts and embraces them while investigating a haunting in her childhood home. 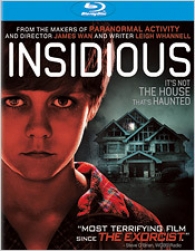 The first movie in the franchise starts with the familiar template of a happy suburban couple, Josh (Patrick Wilson) and Renai (Rose Byrne), moving into their new home. But this idyllic portrait of suburbia rips at the seams when they experience unusual disturbances, creepy noises, disturbing figures loitering about the house and their son Dalton (Ty Simpkins) suddenly falling into a coma, which is actually code for being trapped in the ghostly world known as The Further. With her bickering assistants (Leigh Whannell and Angus Sampson), demonologists Elise Reiner (Lin Shaye) travels into this creepy plane of existence to save Dalton from the Red-Faced Demon, a creature Elise knows from her past, adding some mystery to the character. Unfortunately, the story ends in a tragic twist when the terrifying ghost The Bride in Black crosses over and possesses Josh, and in return, thanks Elise by killing her. 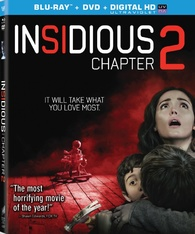 Creators James Wan and Leigh Whannell return for more hair-raising scares, picking up just minutes after the first movie with police asking questions about Elise's death. And with Josh (Wilson) now possessed by the Bride in Black, Renai (Byrne) is alone to deal with a self-playing piano and Josh's mom (Barbara Hershey) suffers the toying of a woman in a white dress haunting the halls. Meanwhile, the real Josh is trapped wandering the eerily atmospheric The Further, and Elise's goofy assistants now work with her former colleague Carl (Steve Coulter) in an effort to make contact with him. However, the only person capable of saving Josh is Elise, who makes an expected return to the series, and tells her friends to investigate the Bride in Black's background, discovering she was once a crazed serial killer. At the same time, the possessed Josh becomes a growing threat to the Lambert family, so it falls on Dalton to guide his father back to the real world while Elise plays paranormal investigator once again with her trusty goofy assistants. 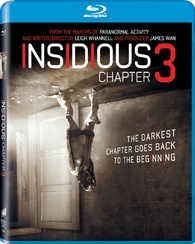 In Chapter 3, Wan decides to work in the background as producer while handing directorial duties to his long-time collaborator Whannell, who made his debut as director. Whannell, who also wrote the script, refocuses our attention on Lin Shaye's Elise, taking the franchise back a few years before the first movie when she was in hiding, scared of using her gifts. But when the young Quinn (Stefanie Scott), still mourning the loss of her mother, begs for help with sad, doe-eye pleas, Elise begins to reconsider. Feeling defeated by the experience and now recovering from an accident that broke both legs, Quinn begins suffering strange noises and sinister visions of the creepy Man Who Can't Breathe, and her spirit is eventually kidnapped by the twisted, sinister ghost. With the help of her desperate father Sean (Dermot Mulroney) and a pair of goofy paranormal investigators, Elise comes out of retirement to save the girl. And it ends with our demonologist heroine encountering the Red-Faced Demon for the first time.

And there you have it! The three movies leading up to the latest installment in the Insidious franchise: The Last Key. It's a fun ride through the ghostly world of The Further with many hair-raising, spine-chilling moments, but at least, we have the experienced guidance of Lin Shaye's Elise to protect audiences from those dark, malevolent spirits and sinister demons. Be sure to check out Philip Brown's thoughts on the movie HERE.