The Best 3-D Film Ever Made Needs Your Help!

Ever since Bwana Devil hit in 1952, Hollywood has had an intermittent love affair with Three-Dimensional filmmaking. House of Wax, Hondo, Jaws 3-D - several films over the decades have fought to become the champion 3-D Film of all time. But without any irony or sarcasm, there really is only one champion - Phil Tucker's Robot Monster. After being absent from home video, the great team at 3-D Film Archive has launched a Kickster to initiate a full 4K restoration of this film to produce new 3-D Blu-ray and DVD and you can pre-order your copy now!

Check Out The Kickster Here

A film shot on a small budget in the depths of Bronson Canyon Robot Monster is a science fiction delight telling the tall tale of the last family on earth struggling to survive after the intergalactic menace Ro-Man has decimated the world's population for the all-powerful GreatGuidance. Famous for its gorilla suit and fishbowl creature and the automatic billion bubble machine - Robot Monster features pretty damned impressive three-dimensional photography as well as a score by some random guy named Elmer Bernstein who really never amounted to much as a composer. Sadly, it's been absent on home video in anything resembling a quality presentation, let alone in proper 3-D. - I've held onto this VHS tape in the hopes that one day a good and proper 3-D Blu-ray would one day appear! 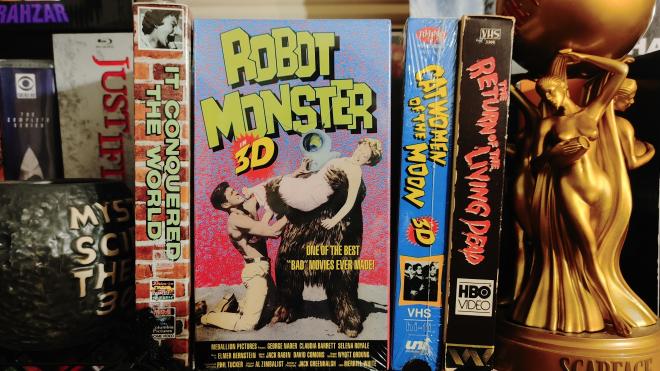 Now the experts at 3-D Film Archive are hard at work restoring this film to its full and proper glory. The Blu-ray will offer full 3D Blu-ray as well as the film in Anaglyph 3D (red/blue) for those folks without a 3-D television or projector! But that's not all, they're assembling a terrific assortment of bonus features including vintage 3-D shorts, as well as an interview and audio commentary with actor Greg Moffett who played little ruffian Johnny in the film!

But this being a Kickstarter campaign, 3-D Film Archive has pulled out the stops for extra add-ons!

$50 more gets you a Retro3D Viewer similar to the one they offered for 3-D Rarities II and September Storm 3-D, these are a lot of fun, and work with old View-Master reels if you have any of those lying around from your childhood. 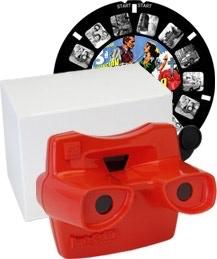 Perhaps most exciting - 3-D Film Archive is offering up a limited variety of 35-mm film cells sourced from original theatrical prints from 1953! Again, these are very limited and as of this writing a number of the available cells have already sold out - hopefully, they'll offer up some more but these are very cool! I had to go for one myself: 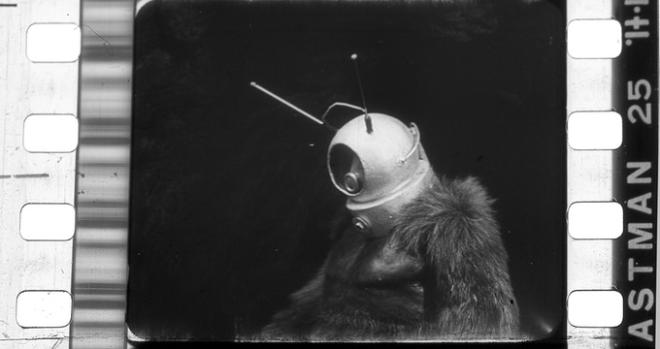 The Kickstarter is only a day old as of this writing so you have plenty of time to jump into the mix and secure your copy. Considering how fast this one hit its base funding goal, I hope the team at 3-D Film Archive has some stretch goals or more add-ons planned! Hopefully, this also means Cat-Women of the Moon is on deck! Probably not, but one can hope. I mean, hell if we can get Flesh For Frankenstein AND Robot Monster restored to glorious 3-D on Blu-ray, anything is possible!