The supernatural crime thriller will rise to Blu-ray in September.

In an early announcement to retailers, Greenway Entertainment will be releasing 'Dead Retribution' on Blu-ray on September 1.

What happens when a recently deceased detective returns from the dead to solve his own murder? When detective Seamus Kilpatrick is killed in the line of duty, he is returned to the living to bring his killer and all those involved, to justice! Mystery and intrigue abound in this supernatural thriller set in the Deep South....

You can find the latest specs for 'Dead Retribution' linked from our Blu-ray Release Schedule, where it is indexed under September 1. 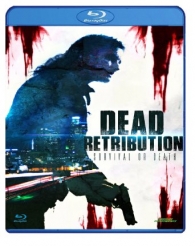