For this edition, we're covering the addition of new app support for Google Assistant voice control through the Google Home, the latest headphone model from Klipsch, Pioneer's new earbuds, the integration of DTS Headphone:X tech into the Nubia Z17S smartphone, and the arrival of Spotify Connect support on the KEF LS50W.

Google has announced the addition of Google Assistant voice support for more apps. Users with a Google Home or Google Home Mini smart speaker and a Chromecast streaming dongle can now use the speakers to control playback for apps like HBO NOW, CBS All Access, and The CW through voice commands. Likewise, a compatible Android or iOS smartphone can also be used to cast the content.

Customers simply need to link their HBO NOW and/or CBS All Access accounts in the Google Home app. After that, users can say "OK Google" or "Hey Google" and then start speaking commands like "Watch Game of Thrones" or "Play Star Trek: Discovery" to access specific titles, along with voice support for playback controls like pausing and volume adjustments. Likewise CW app support is available without the need for a linked account. The new apps join previously supported services like YouTube, YouTube TV, Google Photos and Netflix.

"After two years behind the curtain, we are finally ready to reveal a headphone worthy of the Heritage name. Acoustically, mechanically, and physically this is the most impressive headphone Klipsch has ever created," said Vlad Grodzinskiy, Sr. Manager of Product Development for Klipsch Group, Inc.

The headphones feature a semi-open design along with a recessed pair of free-edge 52mm biodynamic drivers that are designed to mimic the imaging qualities of Klipsch Heritage speakers. Each unit is hand-assembled with solid-wood, triple-vented ear cups, angled sheepskin ear pads, and a genuine hand-stitched cowhide headband. 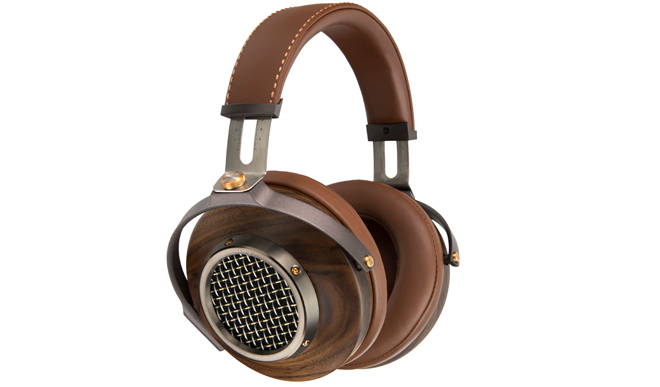 Here's a full rundown of key features per Klipsch:

The Klipsch Heritage HP-3 headphone is now available at select retailers and Klipsch.com in walnut, ebony, or oak finishes for a suggested retail price of $1,199. The headphone comes with a custom solid-steel rod headphone stand, short (1.37m) and long (2.5m) detachable braided nylon cables, and a custom-fit ¼" adapter.

KEF has announced the addition of Spotify Connect support for its LS50W Wireless Music System. To activate the new feature, users simply need to update the device's firmware and the KEF LS50 Wireless Android or iOS app.

With Spotify Connect integration, Spotify subscribers who own the LS50W can now stream Spotify's library of over 30 million songs directly to the music system from the cloud. The complete and fully active wireless music system is based on the company's LS50 speakers. The system features a 192kHz/24-bit high-resolution digital signal path and is driven by factory-optimized 230-watt x2 amplification in a bi-amp dual mono configuration. Advanced time-correcting DSP crossover with KEF’s exclusive Uni-Q technology is integrated as well. Connectivity options include dual-band Wi-Fi, Bluetooth 4.0, an asynchronous USB port, digital (toslink) input, and an RCA analog input. 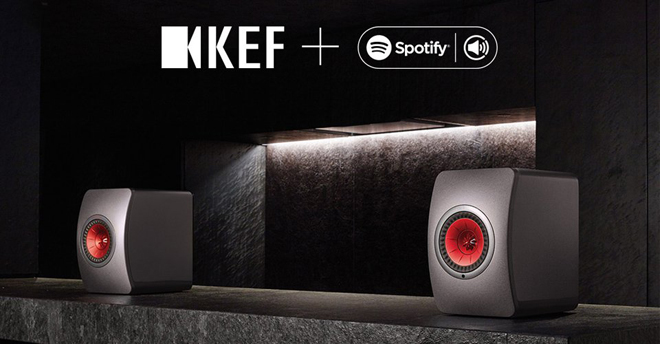 The LS50W Wireless Music System is available now in Titanium Grey/Red, Gloss Black/Blue, and Gloss White/Copper for an MSRP of $2,200.

DTS has announced the integration of its Headphone:X audio technology into the new Nubia Z17S smartphone.

"We are thrilled to drive the latest in audio technology in conjunction with the world's most innovative smartphones, including the Nubia Z17S,” said Christopher Lang, general manager, China, at Xperi. “As we continue to integrate DTS Headphone:X technology into a growing number of devices around the world, we are fulfilling our commitment to deliver a premium, immersive sound experience to a wide range of consumers.”

DTS Headphone:X simulates the 3D environment of an audio track's original mixing stage, providing an immersive 360-degree surround sound experience with 11.1 support and overhead audio through any pair of headphones or earbuds.

The Nubia Z17S smartphone features a 5.7-inch display with a resolution of 2040x1080. Under the hood, the unit is powered by a Xiao Long 835 processor (MSM8998) running Android 7.1. The device is now available in China but plans for a US release have not been announced.

Pioneer has launched its new ClipWear Active brand of headphones/earphones with the arrival of the SE-CL5BT Wireless Ear Buds.

The wireless in-ear headphones feature Bluetooth 4.1 connectivity with multipoint tech, allowing users to connect to two Bluetooth devices simultaneously. In addition, the product uses a special clip design to hold the earbuds in place and act as the device's battery housing. Likewise, the earbuds are sweat and water resistant with an IPX4 rating, and include an inline mic/control unit. Battery life is rated for up to 8 hours of continuous music playback or talk time. 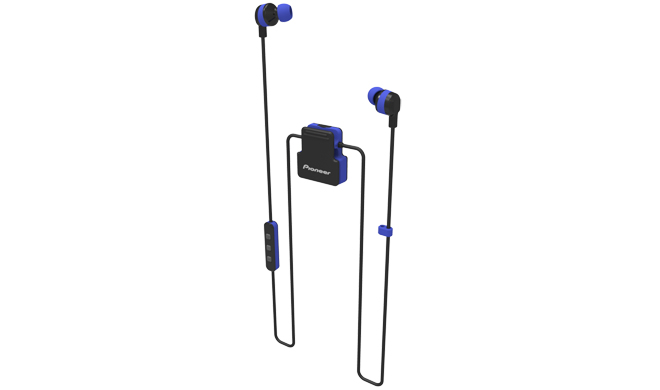 Here's a rundown of additional features and specs per Pioneer:

The Pioneer SE-CL5BT Wireless Ear Buds are available in black, red, blue, mint and white for a suggested retail price of $40.