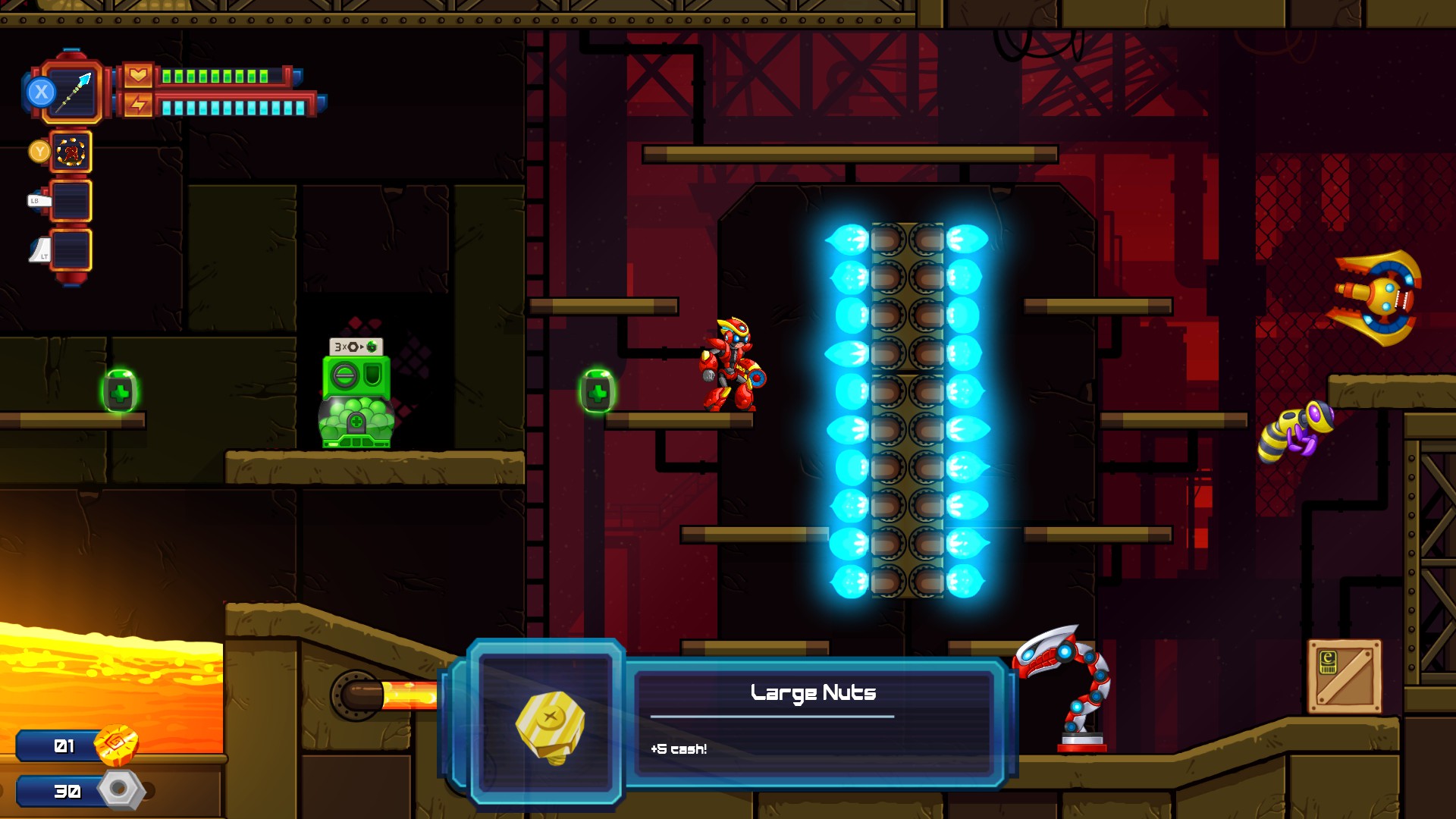 Personally, I thought '20XX' would be a bit diverting, something along the lines of the fun 'Noitu Love 2,' but instead, '20XX' is so wonderfully modern. It's like finding the updated 'Mega Man' to complement '9' & '10.' 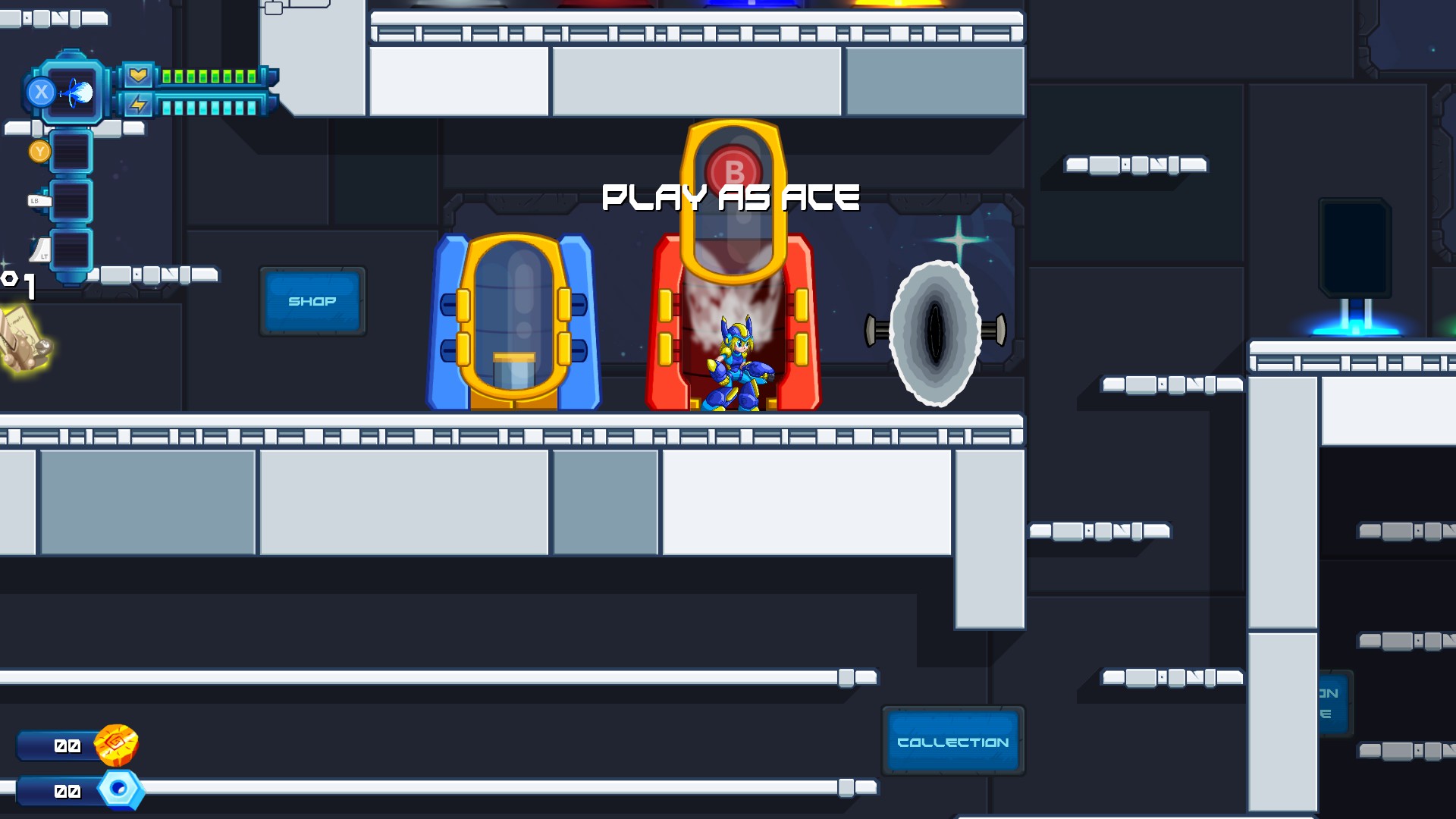 The feel of the weapons, the enemies, the bosses, and the levels is so smooth. The wall-jumping and just feel of different surfaces alone is a big feature. Having different base and special weapon variety is huge, and goes so well with the roguelike mechanics. 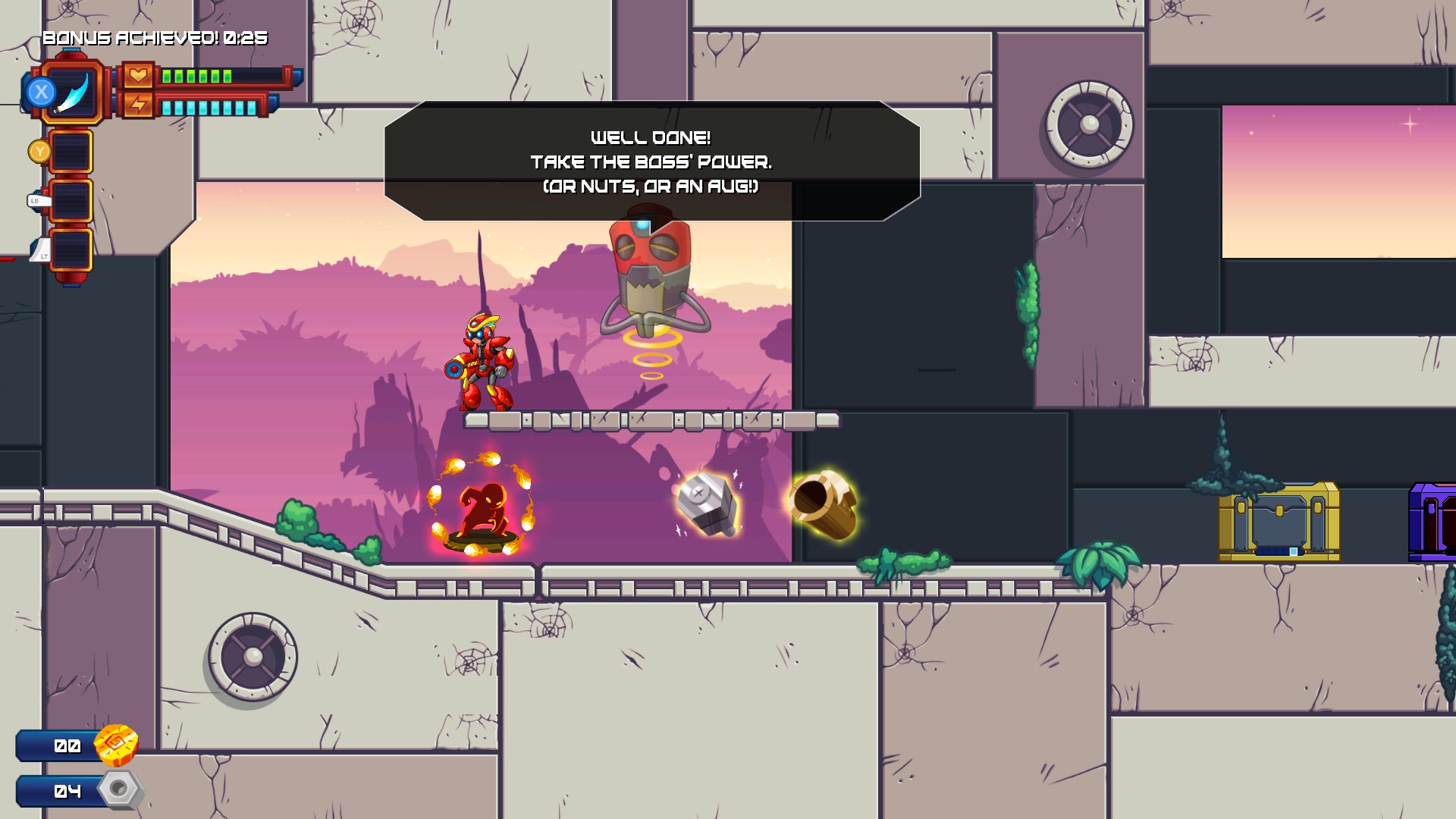 The game is described as a co-op roguelike jump 'n shoot, and those aspects are key for navigating the procedurally generated levels. (We still get to pick bosses!) 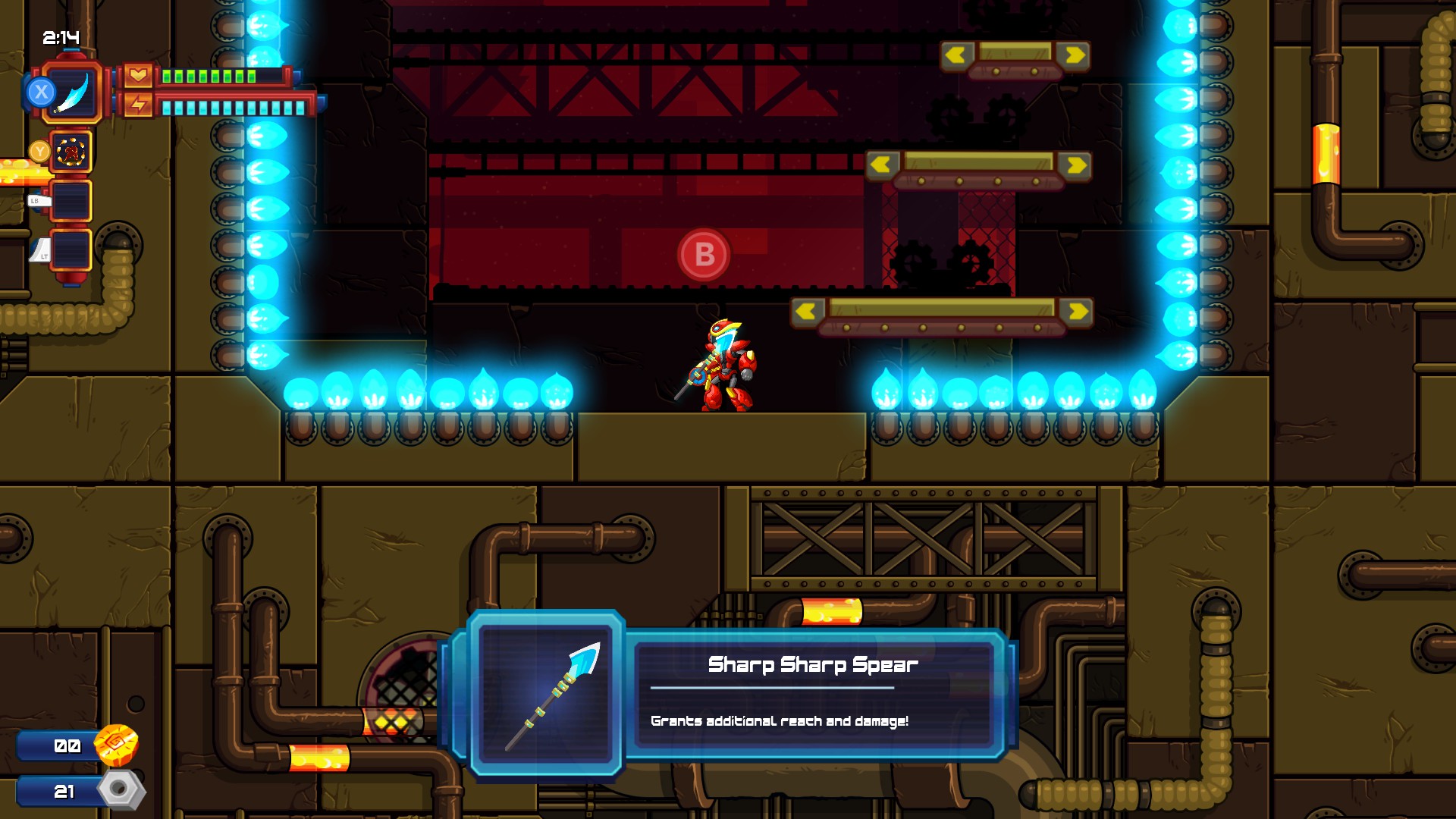 It may be Early Access right now, but the game is very far along. Oh, and did I mention there is a casual mode?

The visuals alone look great on PC. Post Kickstarter ($20.551), Batterystaple Games is continuing their comparatively light funding by way of Early Access purchases. The flip side of this is that the game is already robust, but should only get bigger. We will have a full preview in future, but don't hesitate to jump in now.