Today, Square Enix has revealed the wonderful Collector's Edition for the upcoming RPG 'World of Final Fantasy'. The edition, which is up for pre-order now, will retail for $120. Square Enix details it as follows:

Exclusive pop-up book featuring various scenes from the game brought to life through striking 3D paper cut-outsAs you open the pop-up book, uncover some fantastic physical content concealed in the book itself including:

Additionally, a day one edition was also revealed, which comes with the following content that will also be in the Collector's Edition: 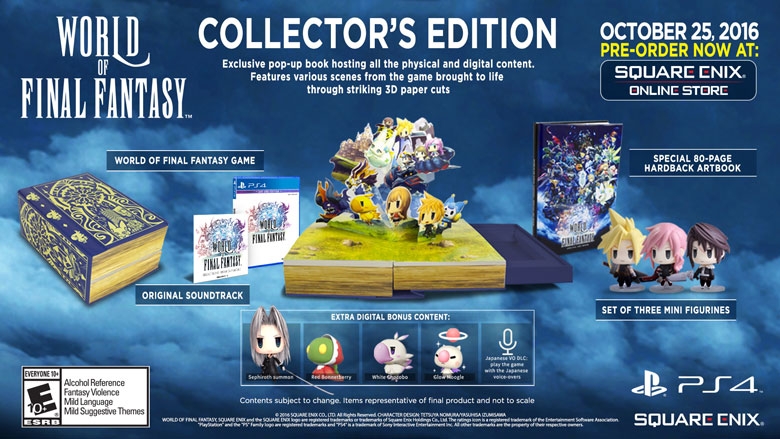 Additionally, a new trailer was released today, which you can check out right here:

'World of Final Fantasy' will be released on PS4 and PS Vita on October 25th.