Yes it was shown with a 3D 'Minecraft' word.

After finally taking the wraps off of the Windows 10 Xbox App, Microsoft has revealed their new HoloLens computer. The headset contains a CPU, GPU, and a new Holographic Processing Unit. The unit allows for wire free/wireless use and is built with Windows 10. In the concept demonstration, Microsoft showed a designer applying a virtual motorcycle body kit to a real motorcycle. (This is augmented reality in action.) They showed people playing in 'Minecraft' in their living room just like a table sized Lego set. Microsoft also showed how holograms created in the new Holo Studio could become 3D printed items. "Build 3D in 3D" was wth the word, but holographic 'Minecraft,' holographic 'Skype,' and holographic NASA were the show. 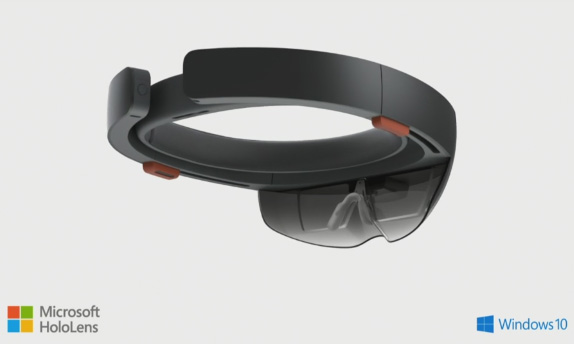 Not only is the HoloLens its own independent hologra, producing computing platform, but to make what the user is seeing interactive, the HoloLens also tracks hands and voice. The visual overlay and interactivity is supplemented by surround sound in a 3D sound field. 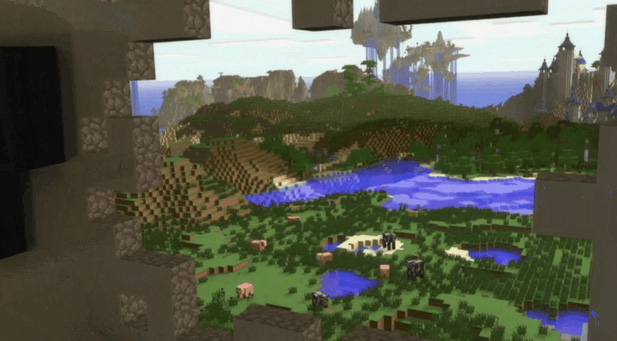 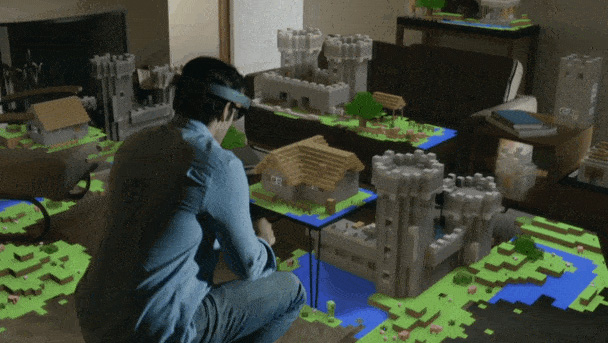 The HoloLens was demonstrated as a finished looking/preproduction unit, which is to say that it's way past the concept stage. MS even said that it has had content developers working on holographic content for years while the tech has been being developed beneath the Microsoft Vistor Center. Microsoft has promised that Windows 10 will come later this year, while HoloLens will be elaborated on in April.

Amazingly, the HoloLens has not forgotten the importance of surorund sound, which will be key in delivering the holocomputing experience in entertainment and productivity focused apps.

Update: In Microsoft's Own Words

It was a special moment this morning when we were able to share that Windows 10 is the world’s first holographic computing platform – complete with a set of APIs that enable developers to create holographic experiences in the real world. With Windows 10, holograms are Windows universal apps and Windows universal apps can work as holograms, making it possible to place three-dimensional holograms in the world around you to communicate, create and explore in a manner that is far more personal and human. 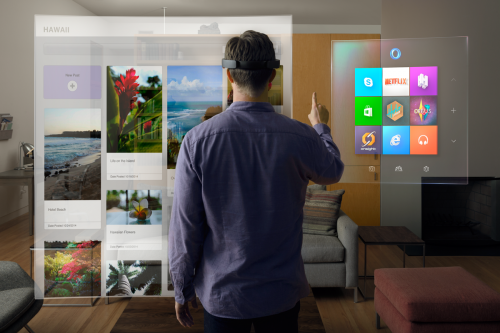