This is it, with a smattering of interesting RPG releases, the summer lull prepares to give way to the fall onslaught.

In something of a throwback, 'Risen 3: Titan Lords' puts players in an RPG that isn't a giant generic mess, but instead is shaped with an eye for quality over quantity. Piranha Bytes ('Gothic') tasks the players with an unfriendly, challenging world. The Titan Lords have been battling, and the result is a supernatural land and a player character without a soul. With a feature set more akin to a PC RPG than an meandering open world mess (though there's some of that too), 'Risen 3' hopes to attract players to what made the series and the genre a success in the first place, classic RPG immersion and challenge but with a modern look. 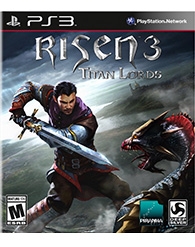 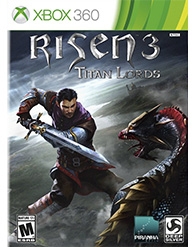 Many consider 'Disgaea 4: A Promise Unforgotten' to be the best installment of the Japanese tactical role-playing series, 'Disgaea.' 'Disgaea 4: A Promise Revisited' is the new Vita version of that three-year-old PS3 title. The Vita version includes new scenarios, items, Peta magic, A weapon sprite changer, new characters, skills, among a load of other features, many brought over from prior installments. For fans of the series or even games like 'Final Fantasy Tactics,' this is a can't-miss title. 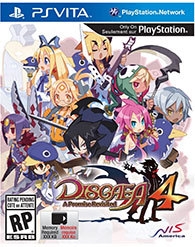 Straight out of Japan comes Acquire's ('Way of the Samurai,' 'Mind Zero,') ' Akiba's Trip: Undead & Undressed'. Akihabara, Japan, grand gathering place of the otaku, is beset by demonesses. Taking the role of a high school-age otaku, the player must battle strip each demoness bare, allowing the sunlight to vanquish the demon scourge. A PS4 version has been promised for later release. 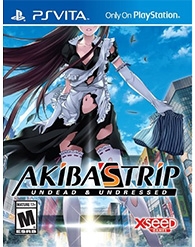 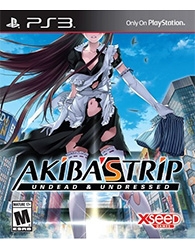 'Hohokum' is a crazy indie style game where the player controls a long serpent. Don't worry though, this is no 'Noby Noby Boy,' but this is a colorful world which the player lights up, activating music. Sporting three worlds, fans of games like 'Sound Shapes,' and 'PixelJunk Eden' should take notice.