The newest 'Street Fighter' graduates to a full release on three platforms while a few indies keep the consoles warm.

Thanks to some bizarre decision making by Capcom, 'Ultra Street Fighter IV' has been out since early June, but only as a paid upgrade on the 360 and PS3. Now, there is a full release for three platforms (as well as an upgrade for the PC version of 'Super Street Fighter IV'), and fans around the world can take the plunge with the five new fighters, Hugo, Rolento, Poison, Elena, and Decpare as well as experience several balance changes. The full release also include a mess of DLC costume content, and everyone can get a head start on readying for next year's EVO. 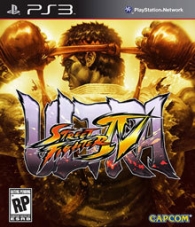 Fans of the 'Sacred series beware, 'Sacred 3' is a lot different in design than the previous two entries. It's fair to say that it's a much more straightforward game, a co-op brawler without any kind of open world design. For fans of co-op brawling and character leveling, just know that the game supports both offline and online co-op. 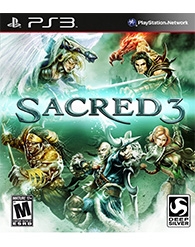 The 'Road Not Taken' is something of a genre mash-up as it combines a roguelike, procedurally generated world with puzzle-like gameplay. The game's somber winter setting makes for an intriguing theme, and being able to fight bosses suggests something more than just a puzzle game. The game is hitting the PS4 and PC this week, but is coming to Vita later this year.

Ever wondered if inforgraphs could make for great plaforming action? Apparently they can, and in 'Metrico,' it's the players own stats and action that affect the infographs that make up the environment. The geeky theme is helped by slick art style, and it'll be interesting to see just how much number tweaking will be needed to traverse the levels.

'The Swapper' hit PC last year, and though its Metroidvania esque gameplay and the cloning mechanics are diverting enough, it's the game's art style that really standouts. Clay miniatures composited together make for very distinct visuals, and the game's continued success is testament to an all around fascinating package.