'Guitar Hero Live' Stepping It Up With Online Rival Challenges

Thus far, FreeStyleGames' 'Guitar Hero Live' has smashed it out of the park with its new 2x3 button guitar design, its GHTV streaming model, and its 300 plus song catalog. One thing that has fueled the game's addictive fire is the ability to compete with players when playing on the GHTV channels, and in the premium shows.

But now, as had been hinted prior to the game's release, Online Rivals will allow for direct one on one competition. 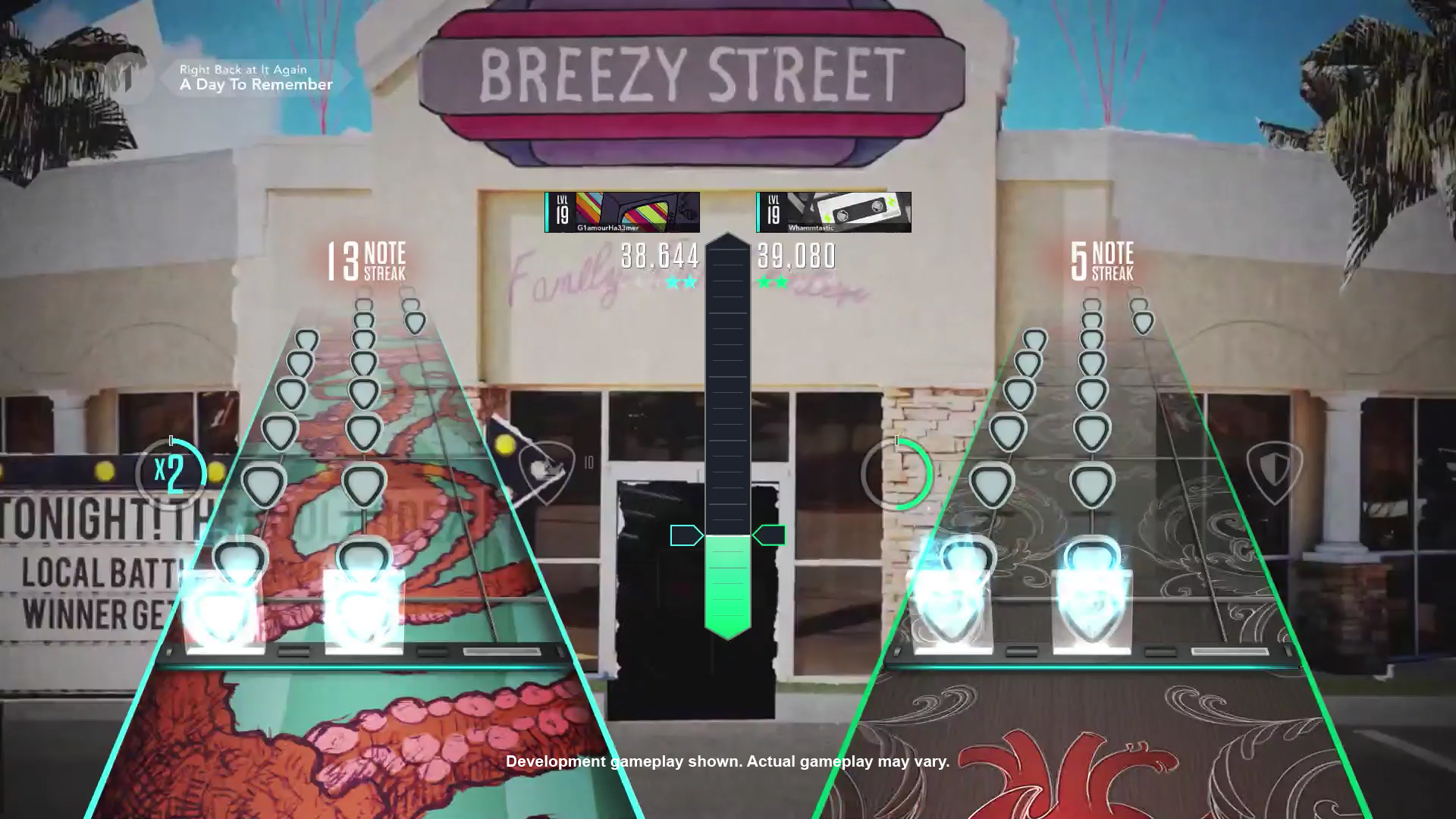 When playing GHTV, players will periodically be matched (via a skill-based match-making system) up in direct competition with another player online. Wins will earn the player bonus XP, but really, it's just about the competition.

Rival Challenges, aka head-to-head multiplayer, comes to 'Guitar Hero Live' as part of a big update from FreeStyleGames, which will also help to emphasize player customization. (Player cards and note highways.) 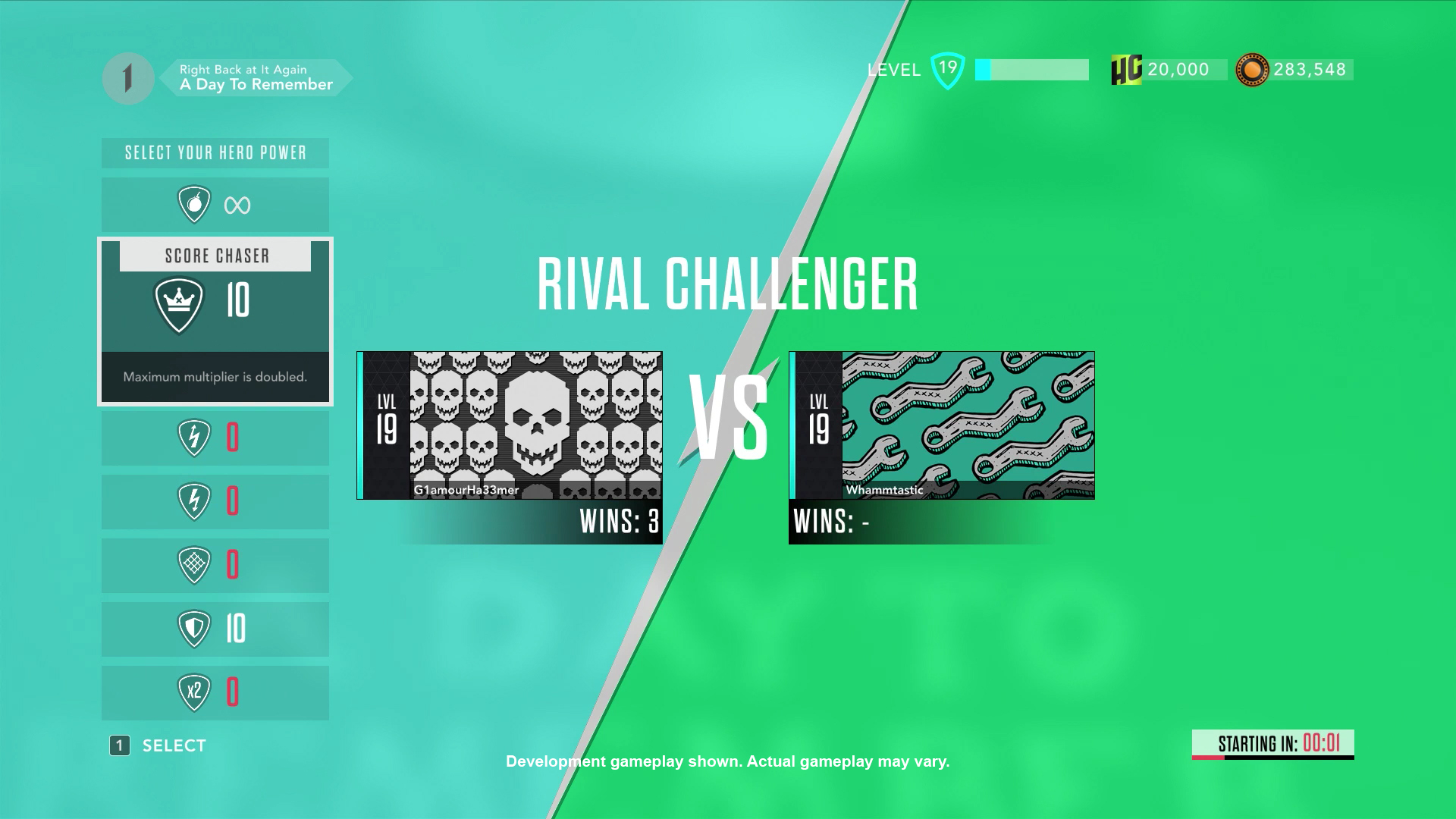 Here's how Rival Challenges will work:

To unlock Rival Challenges, you will need to be level 10 or higher. We decided this because once you hit level 10, you will have gained access to Guitar Upgrades and accumulated some Hero Powers, which we think introduces fun and interesting layers of competition.

Rival Challenges will occur twice in every half-hour show. The song choices will be picked by us, so you’ll always need to be ready!

Your opponent will be of relatively close skill level, paired with you through our underlying matchmaking technology.

The winner of each battle earns an extra +100 Status XP, along with bragging rights of course.

Another bonus is showing off the personalisation items you’ve earned in GHTV. When a battle kicks off, both you and your opponent will see each other’s playercard and note highway on screen.

Also included in today's update is the ability to mark songs as favorites, which should make replaying specific songs in the big catalog easier. Those players that have tapped out of play tokens can get a daily bonus that will garner three play tokens today when they log into GHTV. 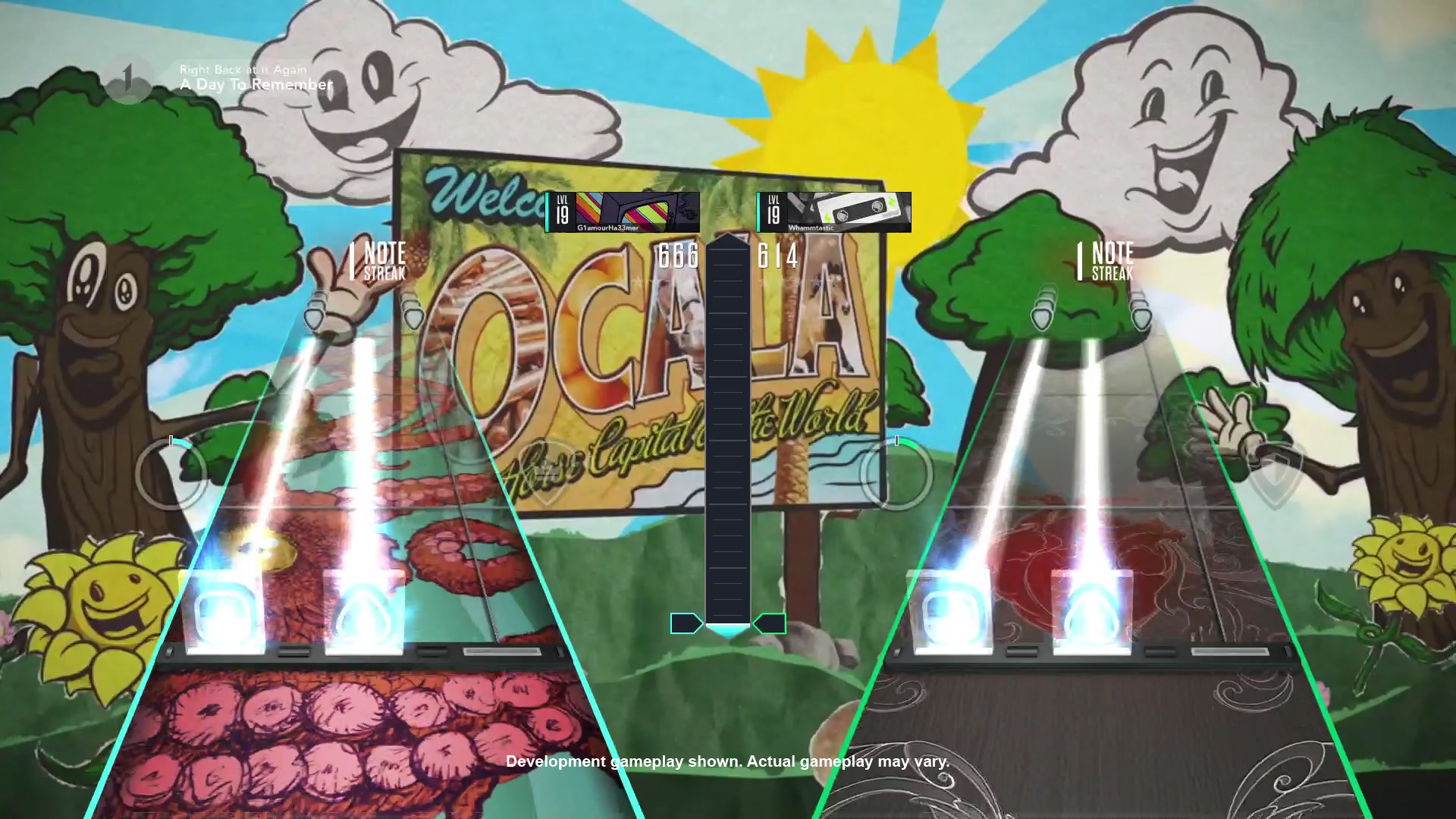