2v2 Pro Archon Mode Match from 'StarCraft II: Legacy of the Void' Will Kick Off July 21st 'All Work All Play' Event

'StarCraft II: Legacy of the Void' will see the debut of Archon Mode, which lets two players control one base. Come July 21st, four of the best 'SC2' players will faceoff in a 2v2 Archon Mode match.

Chris "Huk" Loranger, Kevin "qxc" Riley, Brandon "puCK" Loranger, and Geoff "iNcontroL" Robinson will compete in an Archon Mode tournament at the ESL Studios in Burbank, California. This tournament will be followed by a Q&A and the whole thing will be broadcast live as part of the 'All Work All Play: The Pursuit of eSports Glory' event. The live portion will be followed by the 'All Work All Play' documentary.

'All Work All Play' is described "a new behind-the-scenes documentary that follows the ascent of eSports, showcasing the best pro gamers in the world as they fight for the Intel Extreme Masters championship." The live portion will run 45 minutes and the film will be 90, making for a total of 2 hours and 30 minutes (that includes an extra 15 minutes for tournament overflow and maybe some break time).

The documentary and live event will be shown on July 21st, 2015 at 8:30pm ET in select theaters in select cities. An encore showing has been scheduled for July 30th. Full details on tickets and locations can be found here. Commentary for the event will be provided by commentators Nathanias Fabrikant and Andre "Gretorp" Henchua. 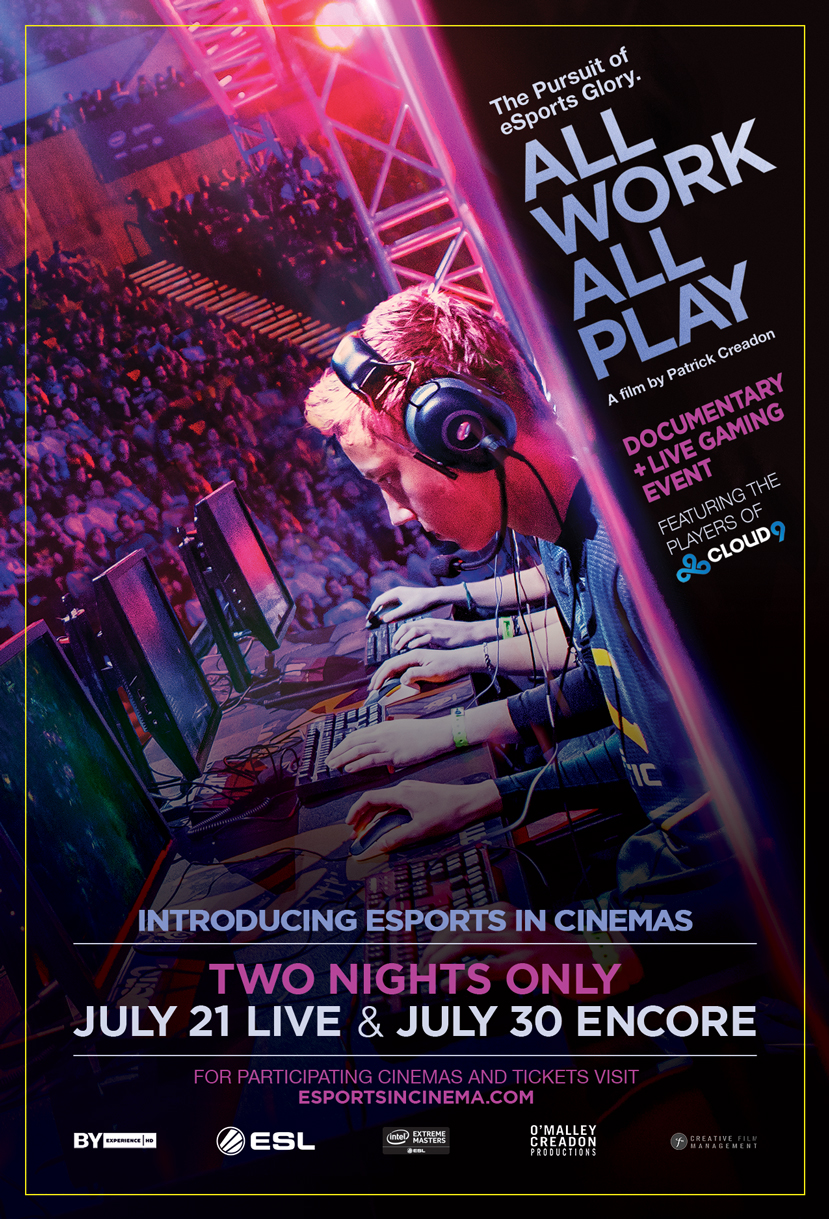