You've Got the Touch, 'Shadow Warrior' Hitting the PS4 And Xbox One Tomorrow

3D Realms's Lo Wang, Stan Bush, and Devolver Digital came together in last year's 'Shadow Warrior' for the PC. From developer Flying Wild Hog ('Hard Reset'), 'Shadow Warrior' is a FPS where the katana reigns supreme. Well, the katana and load of weapons inspired by the golden age of FPS games. Now, the throwback, 'The Touch' loving game is making the jump to the PS4 and Xbox One.

The game puts the player in the role of Lo Wang, and within the machinations of the plot, the player will be tasked with cutting a path through this world and the next. Much like the PC version has been, the new PS4 and Xbox One versions are priced at $39.99.

From Devolver Digital's Fork Park, "The most important thing to know: while Shadow Warrior is classified as a first-person shooter, shooting is the least fun and effective way for our hero Lo Wang to eliminate an invading demon force or an irritable gang of Yakuza. So holster your gun and whip out your katana, because it’s time to learn how to use your Wang properly." 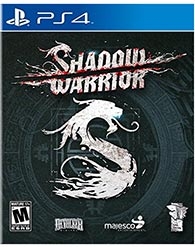 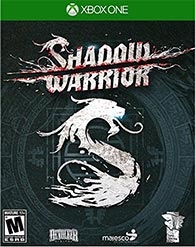