Telltale's 'Back to the Future: The Game - 30th Anniversary' Hitting in Two Weeks

Check out the PS3 review now.

When Telltale Games and Bob Gale teamed up to produce a game sequel to the 'Back to the Future' movie trilogy, they likely had no idea that it would eventually be remastered for the PS4 & Xbox One. But that's the business right now, and it means that many new players will be discovering the episodic game series in the form off 'Back to the Future: The Game - 30th Anniversary,' which will include all episodes in one game.

'Back to the Future: The Game' picks up right after the events of 'Back to the Future Part III,' and has Marty once again teaming up with Doc Brown in another era. The game features several returning cast members (including Christopher Lloyd), and will also feature behind the scenes content. Some of that behind the scenes content can be seen in the below trailer. (Warning: Spoilers for the Michael J. Fox cameo included.)

The original PS3 release review of 'Back to the Future: The Game' can be found here.

You can find the latest info on 'Back to the Future: The Game - 30th Anniversary' linked from our Video Game Release Schedule. 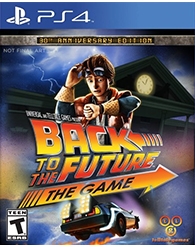 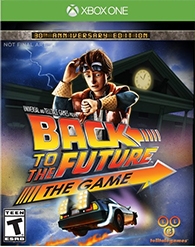