Check Out 'Ratchet & Clank' on the PS4

It will be playable at E3.

This PS4 title is a "re-imaging" of the series' first title, which is a PS2 classic, and it's also set up to tie into the events of the film, which go deeper in to the origins of Ratchet.

We ended up with a new game, with elements based on the original — but now with modern controls, several new planets, new and updated gameplay segments, all-new Clank gameplay, all new boss fights, new flight sequences, and more… all constructed to take advantage of the graphical prowess of PS4. Throw in James Arnold Taylor as Ratchet, and you have a new beginning.

The fresh start means we changed up the arsenal quite a bit as well. As always with Ratchet & Clank games, you battle your enemies with an out-of-this-world arsenal. In the PS4 version of Ratchet & Clank, the majority of the arsenal is made up of weapons that weren’t in the original game. That means both new weapons and fan-favorite tools of destruction from the Ratchet & Clank Future series will fill out Ratchet’s kit.

Here's the first look at the gameplay: 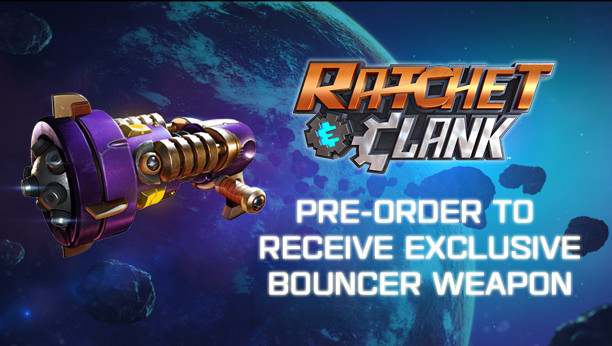 You can find the latest info on 'Ratchet & Clank' linked from our Video Game Release Schedule. 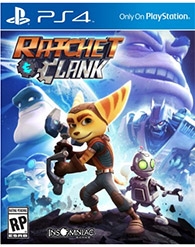