PS4/Xbox One versions the ones to get.

While many fans know to expect 'Tony Hawk Pro Skater 5' very soon (September 29th), Robomodo has just explained some very important specifics on the game. For one thing, online multiplayer is only for the PS4 and Xbox One versions. In the online multiplayer, dedicated servers will let lobbies of up to 20 players free skate around in between missions and online matches. The whole idea is that players be online quickly and be playing while also getting ready to party up for a missions and matches.

As for the PlayStation versions of the game, players can expect three exclusive character heads- Sackboy, Sweet Tooth, and Ratchet. 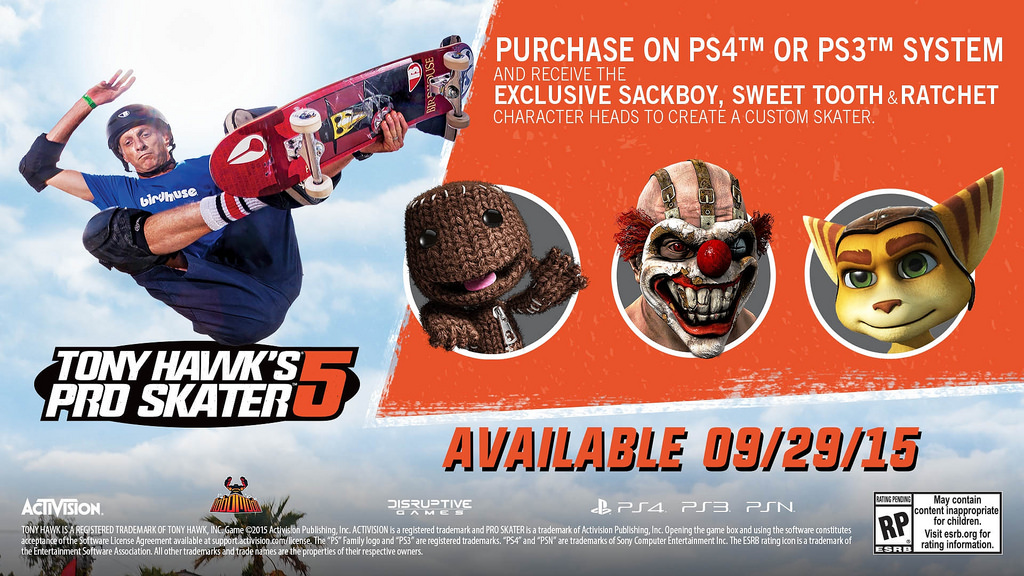 In the new gamplay footage, the new levels, combos, and tricks are on full display. The Build-a-Park feature can also be spied.

You can find the latest info on 'Tony Hawk's Pro Skater 5' linked from our Video Game Release Schedule. 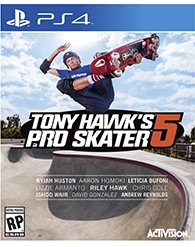 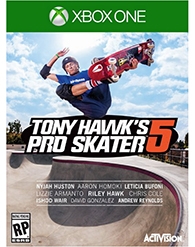