'Minecraft: Story Mode Episode 3 - The Last Place You Look' is hitting all platforms on Tuesday, November 24th. The first two episodes, 'The Order of the Stone' and 'Assembly Required' were received in very different ways, so this third episode is something of a decider for the series midpoint. 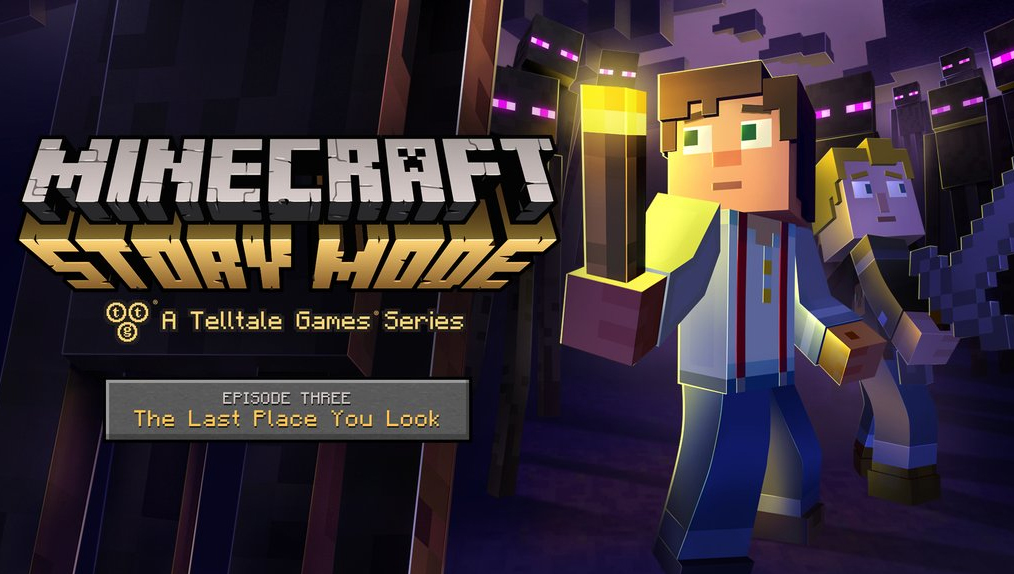 No doubt, the quick succession of episodes is a big change from Telltale's normal erratic release schedule.

Telltale has shared both a summary and the trailer for Episode 3.

Here is that spoiler-filled preview:

In Episode 3, trapped and running out of time, Jesse and crew must discover a means to locate Soren, the final member of the Order of the Stone. They'll see sights and wonders beyond belief, including the horrors lurking beneath the starless sky of The End. Only Soren's knowledge can help push back the all-consuming Witherstorm, but will it be enough to save the world?

Telltale is also offering a boxed retail version, the 'Minecraft: Story Mode - Season Pass Disc,' (PS4, Xbox One, PS4, & 360). This version has the first episode on disc, and will provide access to the other episodes as they are released.

In Minecraft: Story Mode, playing as either a male or female hero named 'Jesse,' you'll embark on a perilous adventure across the Overworld, through the Nether, to the End, and beyond. You and your friends revere the legendary Order of the Stone: Warrior, Redstone Engineer, Griefer, and Architect; slayers of the Ender Dragon. While at EnderCon in hopes of meeting Gabriel the Warrior, Jesse's friends discover that something is wrong... something dreadful. Terror is unleashed, and you must set out on a quest to find The Order of the Stone if you are to save your world from oblivion.