How to Get Screws & Adhesive in 'Fallout 4'

Warning: Some light spoilers ahead. If you've played a few hours, then they aren't spoilers.

The world of 'Fallout 4' is big, and the potential aims of the player are likewise varied. Having played quite a bit of the game when it was still under wraps (see my review here), I'm surprised by some of the issues other players are having. While I doubt I'll hear too much more about players being confounded by elevators, I'm surprised that some very simple crafting items have players frustrated. Specifically, screws and adhesive.

Of the two, screws should be incredibly easy to obtain, but not by hunting. There is a perk in the Intelligence tree called 'Scrapper,' which is available with an Intelligence level of 5. 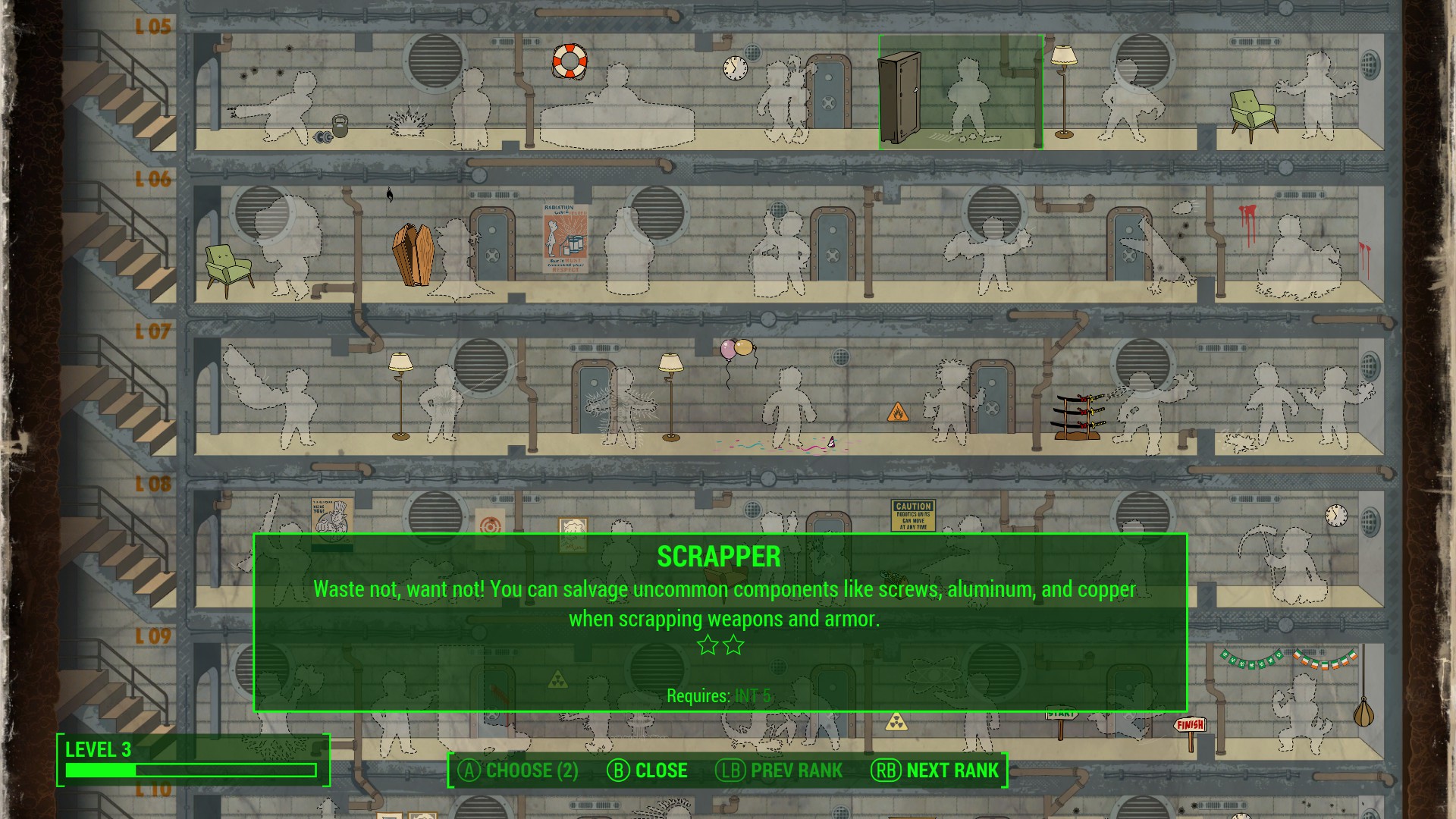 Adhesive, meanwhile, is a little bit trickier, but doesn't even require a special perk.

Basically, when doing the food crafting, there is a single recipe that stands on its own. That is Vegetable Starch. Unlike every other category of recipes, vegetable starch has no health, anti-rad, or buff properties. It's just there to be turned into adhesive. 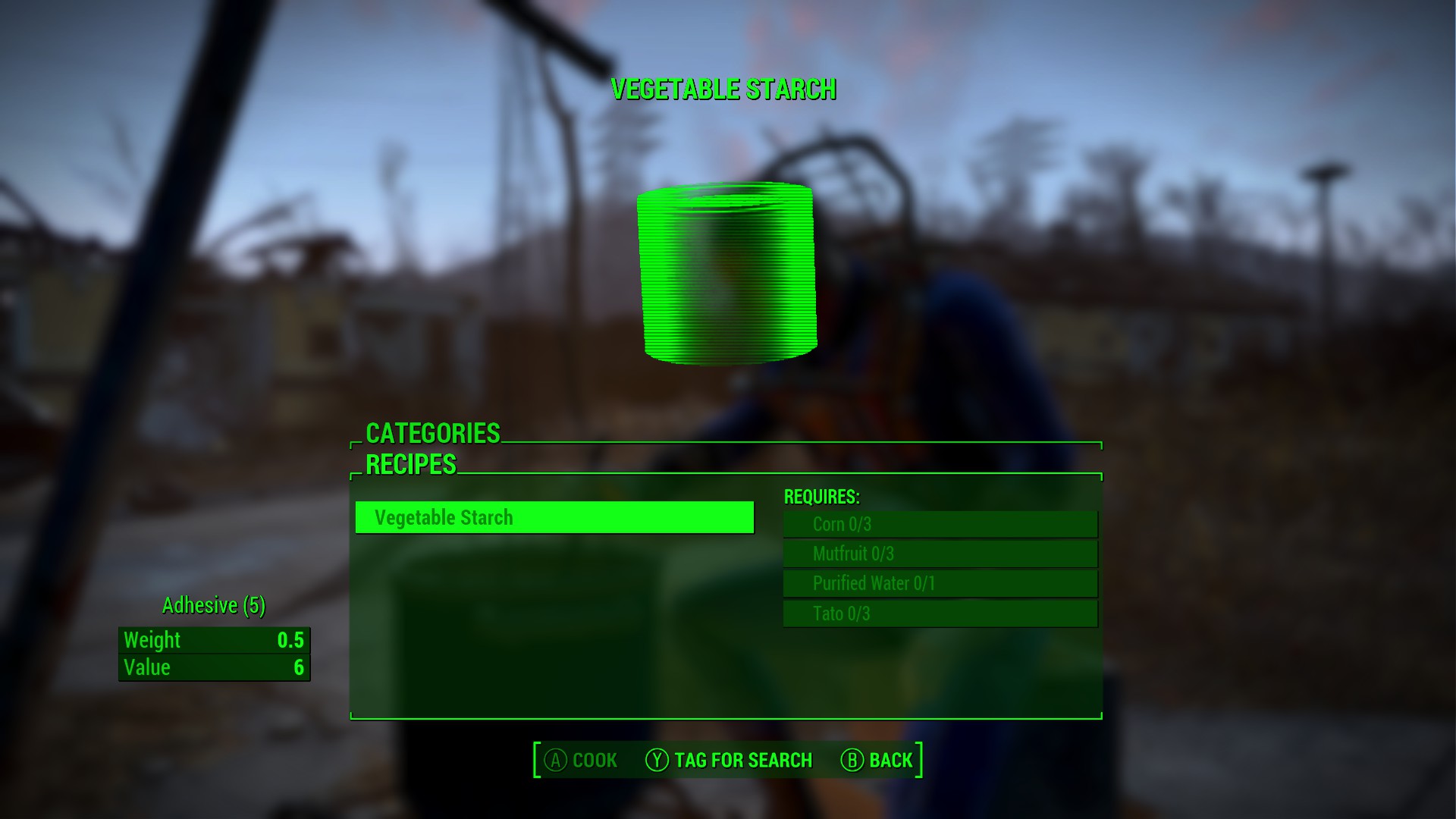 Too make using this recipe even easier. The robot farm, Graygarden, has lots of plants to harvest. And even better, harvested plants can replanted, so it's pretty easy to get with some settlers and get some serious crops going.