Halloween is on wind, and 'Halo 5' is on the Xbox One, but Bond fans know that it's all about 'Spectre.' Sony knows this as well, and through the PlayStation Music/Spotify partnership, Sony has made a free playlist of Bond title songs.

The list contains 22 tracks, and includes the newest song, 'The Writing's On the Wall' by Sam Smith, which, much like the Jack White/Alicia Keys track from 'Quantum,' is technically a song.

To listen to the playlist, check here, or just go to Spotify (on the PS4, PC, app or wherever) and search for "007 Playlist" created by PlayStation Music.

Oddly enough, though it's a thorough list, three films are not represented. See which three below. 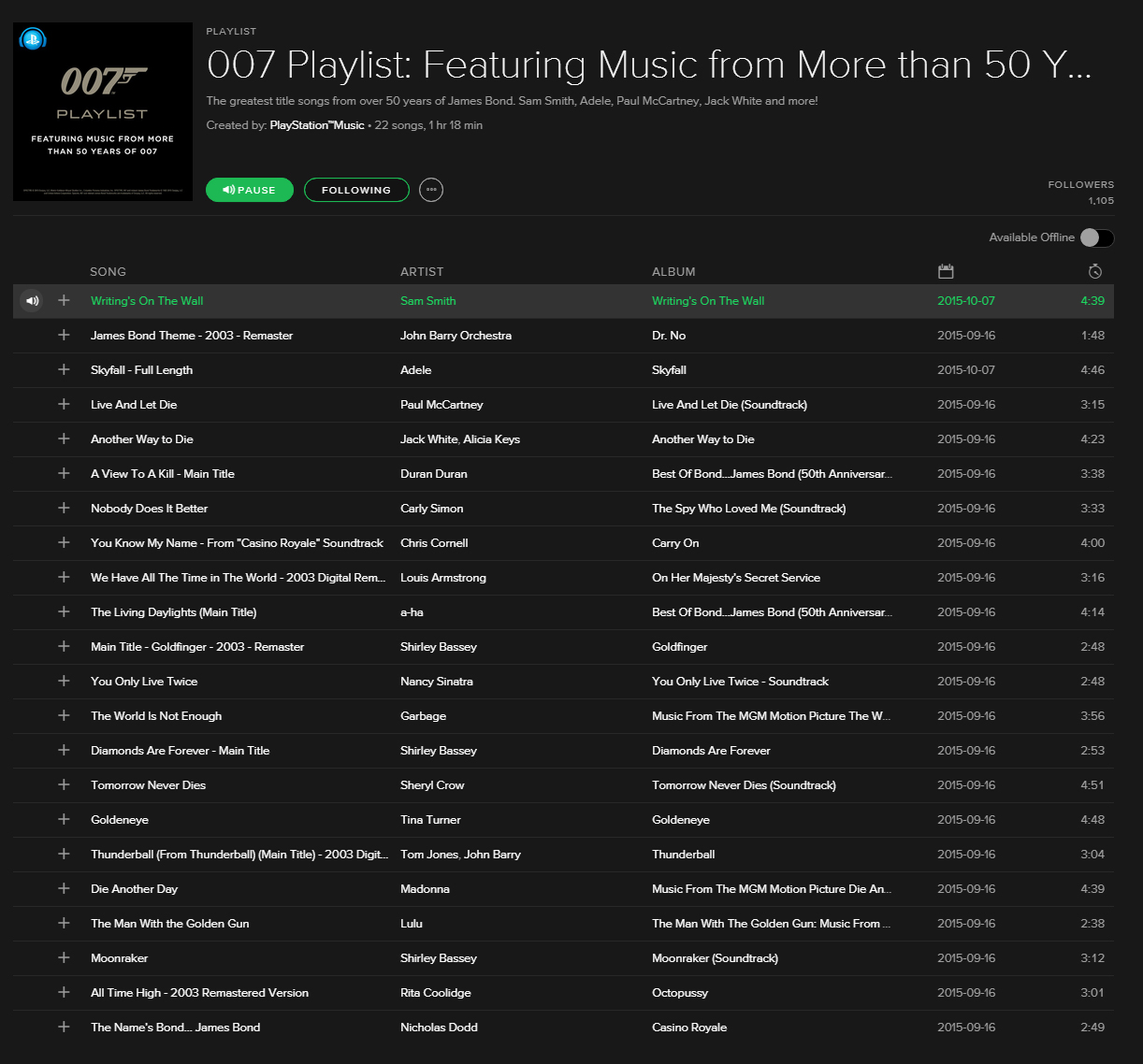 The three proper Bond films that are not featured on this list include 'From Russia With Love,' 'For Your Eyes Only,' and 'License to Kill.'

For me, the 007 Playlist will briefly replace the 'Guitar Hero Live' Spotify Playlist (which can be found here, be sure to use the app.) I know just about all the title songs up through 'The World is Not Enough' very well, including the three missing from this list. 'Casino Royale's 'You Know my Name' I also enjoy, but the tracks for 'Die Another Day,' 'Quantum of Solace,' and now 'Spectre,' can be reserved for special 007 occassions (or almost never). 'Skyfall' rates better, but prefer it in the film among the tombstones.