The Start of a Gorgeous Adventure: 'The Little Acre' Impressions

Thoughts on the first half of Pewter Games' debut adventure game.

It's rare to be impressed by the production value of a studio's first effort, but that's exactly what happened when I booted up 'The Little Acre' for the first time. The beautiful hand-drawn title is the first game from Irish developer Pewter Games Studios, and the adventure game's charming presentation had won me over before I had even begun the journey. The game's opening cutscene is beautifully animated as if it was straight out of a cartoon that I would watch on a Saturday morning.

The events that transpire in the opening scene don't make much sense upon an initial viewing, as the characters that are seen aren't introduced until later on. Looking back upon it after spending a few hours playing 'The Little Acre,' I have a pretty good idea of what's going on but I won't spoil the surprise. Regardless, I was really impressed with just how fluid the animation was, and just how much life was breathed into every frame. 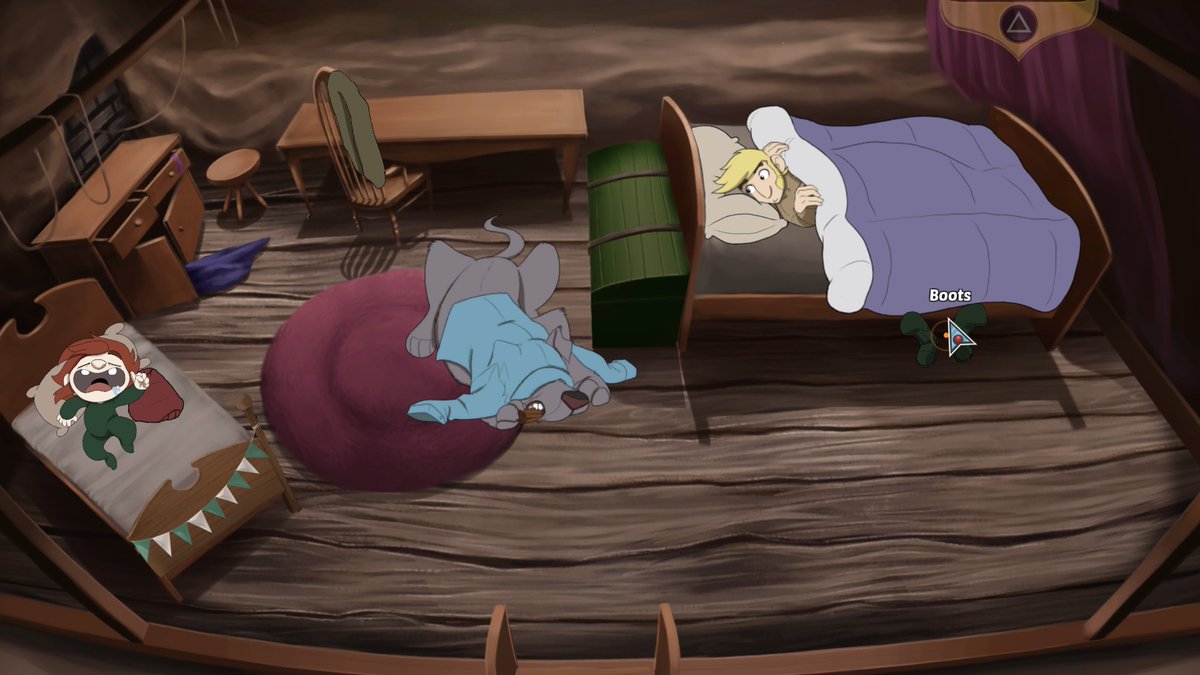 The great visuals carry over to the actual game, as it features just as much charm. The game opened with me controlling Aidan, a single-father, who was attempting to get dressed without disturbing his sleeping daughter, Lily. Since 'The Little Acre' is an adventure game, this had to be done in the most complex ways. I ended up grabbing a stick, so I could grab my trousers, and then feeding an old sandwich to my dog Dougal in order to use his bad breath to free my sweater from Lily's grasp. These solutions to simple problems were totally over-the-top, and it reminded me of all of the silly solutions I managed to pull off in old LucasArts games.

Not only is this opening scene a lot of fun, it also serves as a great way of introducing the game's controls. Since Aidan is initially restricted to just his bed, I had to use the analog stick to move a cursor around the screen to select objects. Objects glow when the cursor is in the general vicinity, so it's pretty easy to know what can be interacted with. Sadly, there's no button to make everything flash at once, but it's not that big of a deal. 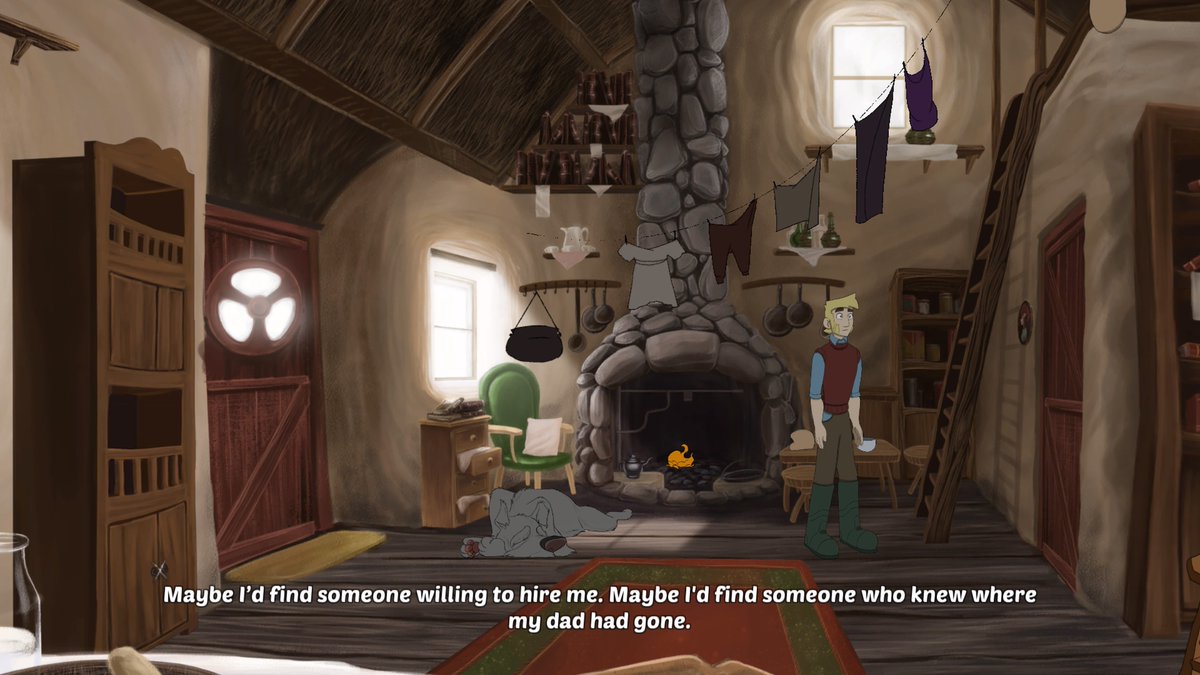 Other than just interacting with objects, Aidan can also combine them in true adventure game fashion. To do this, I just had to bring up my inventory by pressing the triangle button, and then I could select an object. This then brings up the cursor once again, and it's self-explanatory from there. One small disappointment is that there's no options to speed up the cursor, as I found it a bit too slow for my taste.

Once Aidan has his trousers and sweater on, he can go downstairs and move around without worrying about waking his daughter as she sleeps. This gave me a better taste of how the game played, as I had direct control over Aidan. So, it's not a pure point-and-click adventure, even if it's very close to being one. When walking around, I would sometimes come near several interactive objects at once, and it would label them on-screen with one of the DualShock 4's face buttons, making it easy to choose which one I wanted to use. 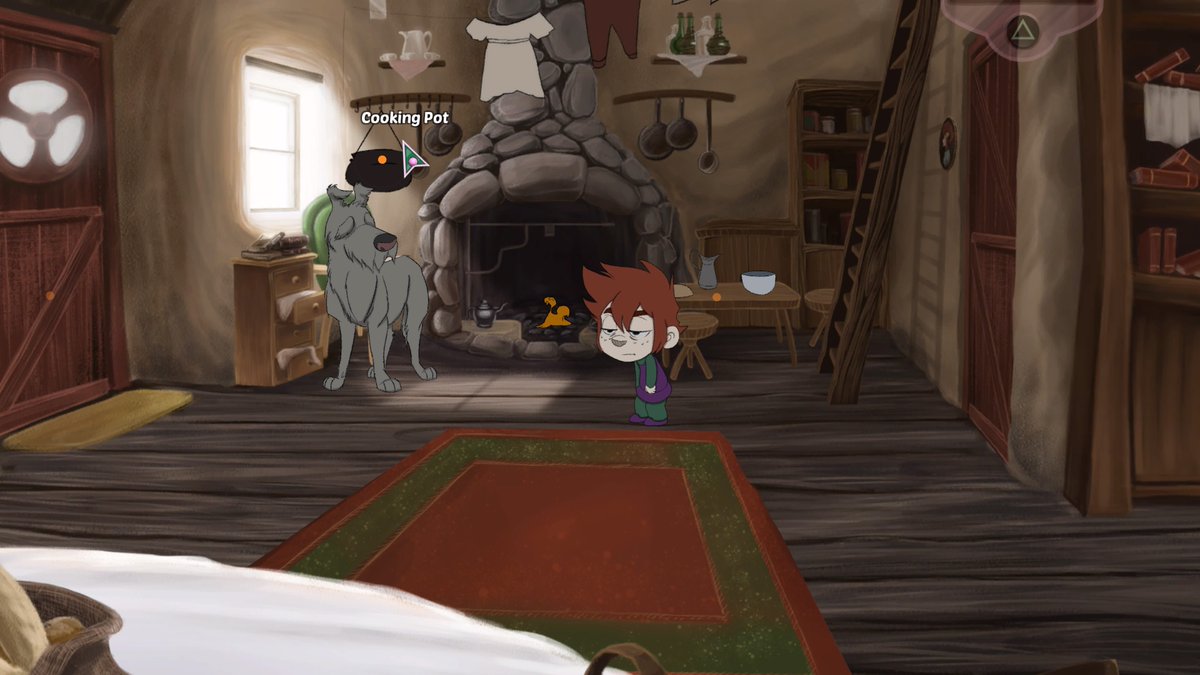 The story starts to get interesting once it's revealed that Aidan's father, an inventor, had recently disappeared. He receives a letter meant for his father that contains some strange crystals, and he has his first clue in the case of his missing dad. I did some standard puzzle solving and item combining for about an hour, and ended up activating a strange device that teleported Aidan to a mysterious new world.

Right after that cliffhanger, I then found myself controlling Lily. It was really interesting getting to control the young character in the same locations, as her lack of height immediately came into play. This meant that I had to solve some similar puzzles that her father did, but in very different ways. A lot of my time spent with Lily involved manipulating Dougal in order to use the canine to my advantage. For example, I had to distract the dog so Lily could climb a cabinet, and then the dog saved the adventurous girl after she almost fell to the ground. A dog really is a small girl's best friend, after all. 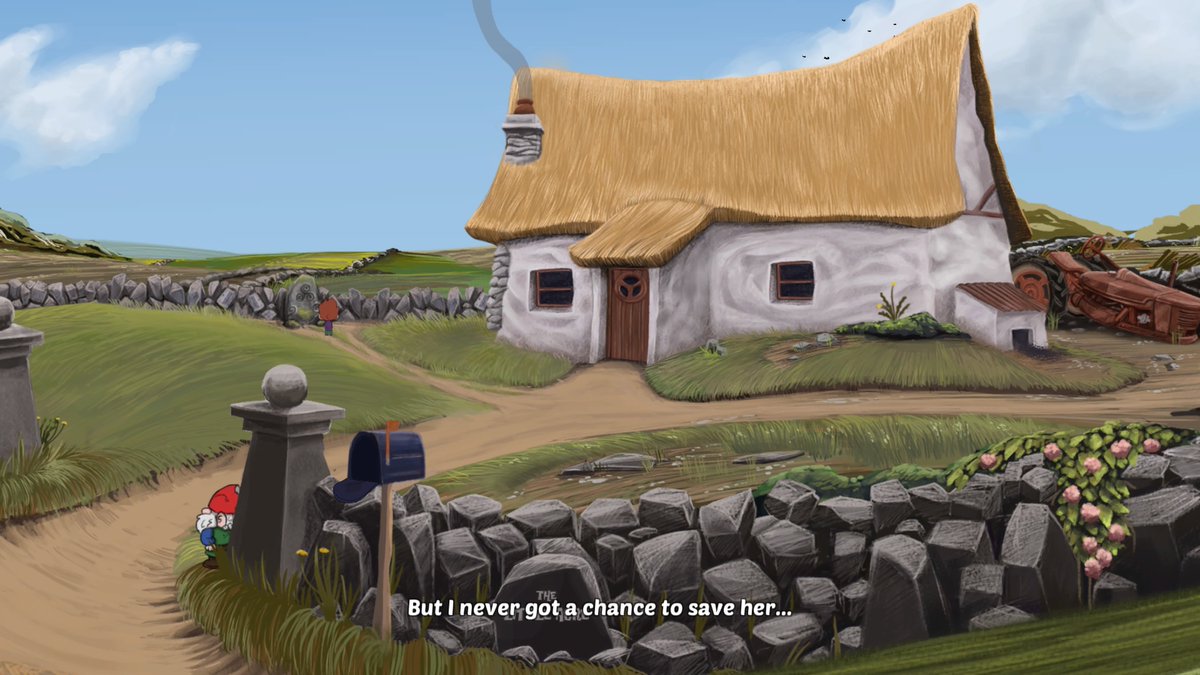 While the gameplay isn't really doing anything new for the adventure genre, 'The Little Acre' has really impressed me with how much heart it has early on. One particular moment really hit me hard as I examined the grave of Lily's mother when playing as the young heroine. "Heroes are good at saving people," exclaimed Lily. "But I never got a chance to save her." It was an absolutely crushing moment.

The first half of 'The Little Acre' has been extremely promising. I'm interested in seeing how the new world will intersect with the real one, even if I wanted to see more of the game's depiction of 1950s Ireland before it switched locations. The game's story has me hooked, and I'm looking forward to reuniting Lily with the rest of her family.

'The Little Acre' comes out December 13th for PlayStation 4, Xbox One, and PC. Stay tuned for a full review.