It's free, but is it worth it?

'Tom Clancy's The Division' has undergone its first large post-content release in Division 1.1, a free patch that is not part of the season pass. It includes daily missions, an incursion, armor sets, a new leveling system, item trading, and Dark Zone supply drops.

The new leveling system is called simply Gear Score. It is a number assigned to all level 30 kit based on its strength, and is then averaged out across all equipped kit to give the player’s overall Gear Score. This score will presumably serve as a gateway to endgame content. If it sounds familiar, that’s because it’s been lifted wholesale from 'Destiny', which uses Light levels to bar access to high level stuff. It’s not a bad way to measure gear quality, but nor is it particularly fresh or exciting. 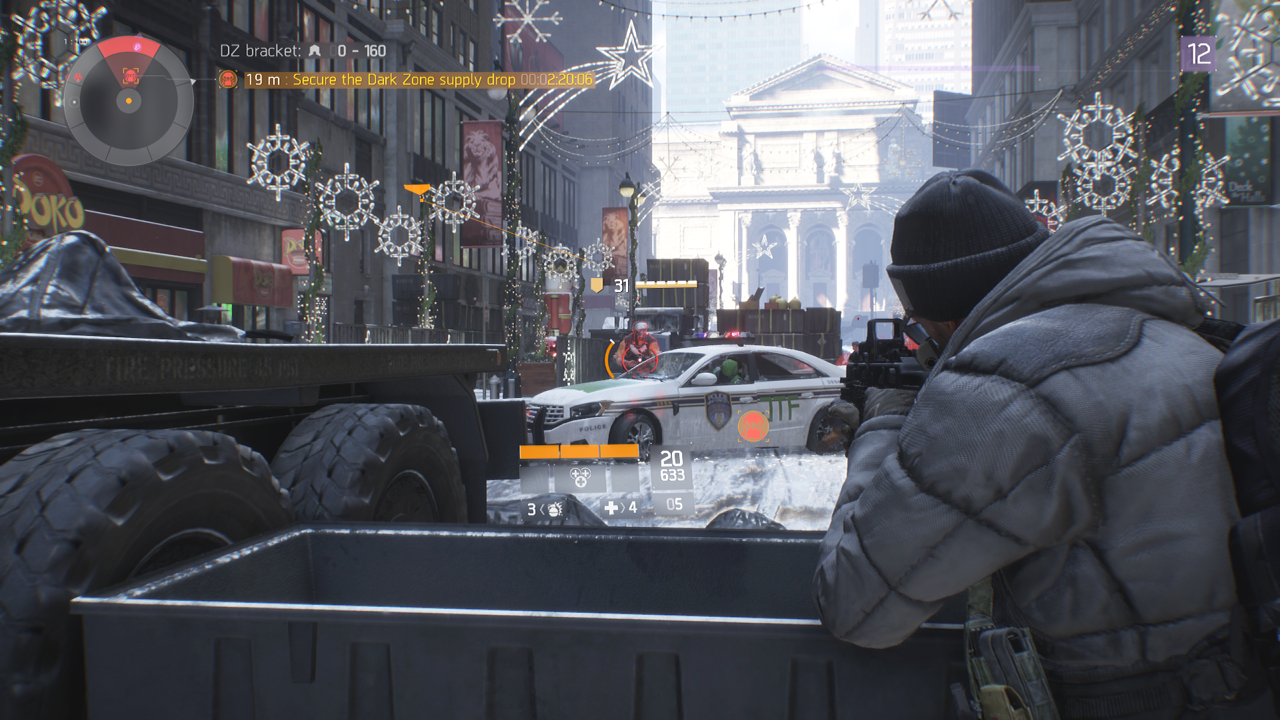 A Gear Score of 140 is recommended for Falcon Lost, the new incursion. Incursions are billed by Ubisoft Massive as tough endgame content for veteran players. I agree with them, it is tough, but not in a challenging teamwork kind of way, more like tough as in running a marathon. It’s basically a fifteen wave horde mode full of Last Man Battalion enemies and airborne drones, with no checkpoints. It has a few gimmicks like blowing up turrets periodically throughout the waves, but nothing that requires out-of-the-box thinking. The most painful rule is that upon a team wipe, you don’t restart the round, a la 'Gears of War'. You start the entire thing over again. Even with a good team, wipes are going to happen, and losing progress in a game like this over and over again is demoralizing, especially on later waves. I just can’t be bothered to spend that many hours on one activity, and so I will be staying away from it. 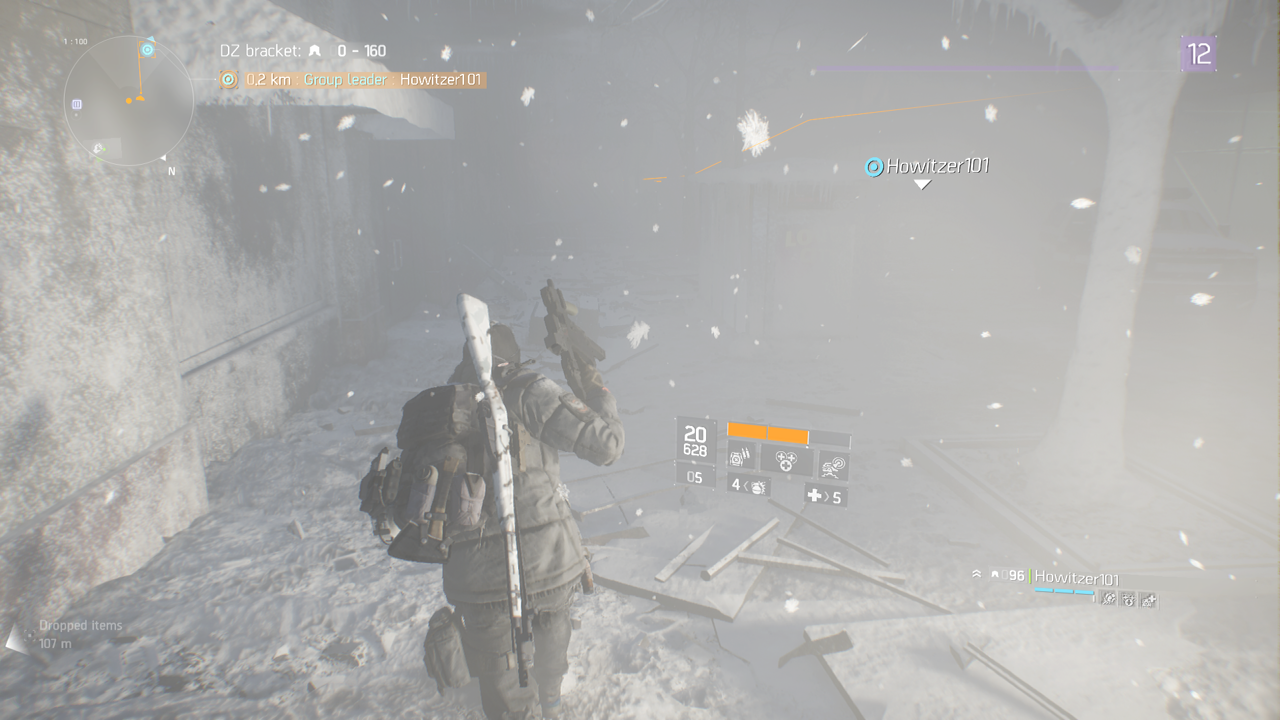 The daily missions are exactly what they sound like. Logging in and doing something that you probably would have done anyways nets you a small reward, and there is one each for combat, crafting, and the Dark Zone. Well, that may not be completely true - if not for my crafting daily yesterday, I probably wouldn’t have converted enough electronic parts to get 3 high-end electronic parts, but who knows. They’re the same dailies that can be found in just about any game in this genre. 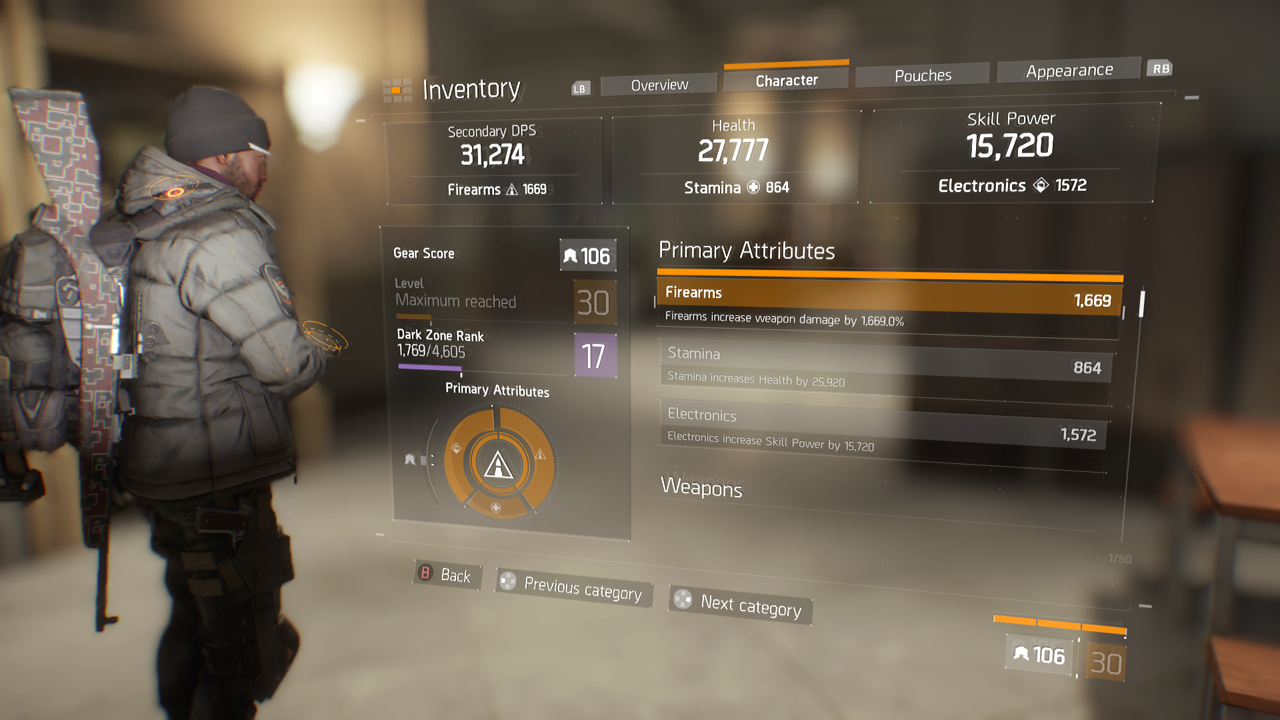 I have not been able to collect any pieces of the new item sets, much less an entire set. Currently there are only 4 sets, and so they will probably be somewhat uncommon for now. I love the idea of sets, especially because it reminds me so much of 'Diablo', but in 'The Division' it just reminds me how bland the agents really look. None of the sets make them look particularly badass. Other MMOs or loot games dangle tantalizing gear in front of players, with legitimately cool mechanics, effects, and appearances, and often have colorful descriptions or lore. Here it’s just another kneeguard that resembles most of the other kneeguards. The one exception is the Nomad set bonus, which restores an agent to full health upon death once per ten minutes. That is a powerful bonus that makes hunting down the entire set worth it, especially for someone like me who prefers the solo life. The set pieces are fittingly locked away behind some of the most difficult feats, like finishing Falcon Lost in Challenge mode.

To beef up high-level runs in the Dark Zone, supply drops have been added. These are not unlike public events found in other games, where players from all over the instance converge on one area. These public events are cutthroat, however. Each drop is guarded by a pack of level 31 elites with thick health bars and aggressive AI. Taking them on solo isn’t really practical, and that doesn’t even take into account other teams of agents who are quite willing to fight and kill you over the loot. Going in with a coordinated team, however, fighting off rogues and NPCs and then picking up the loot (which is not contaminated and therefore doesn’t need to be extracted, so banditry won’t be an issue) is a blast. I only managed to get one drop for myself, and while it didn’t have any set pieces, it was still pretty decent stuff. 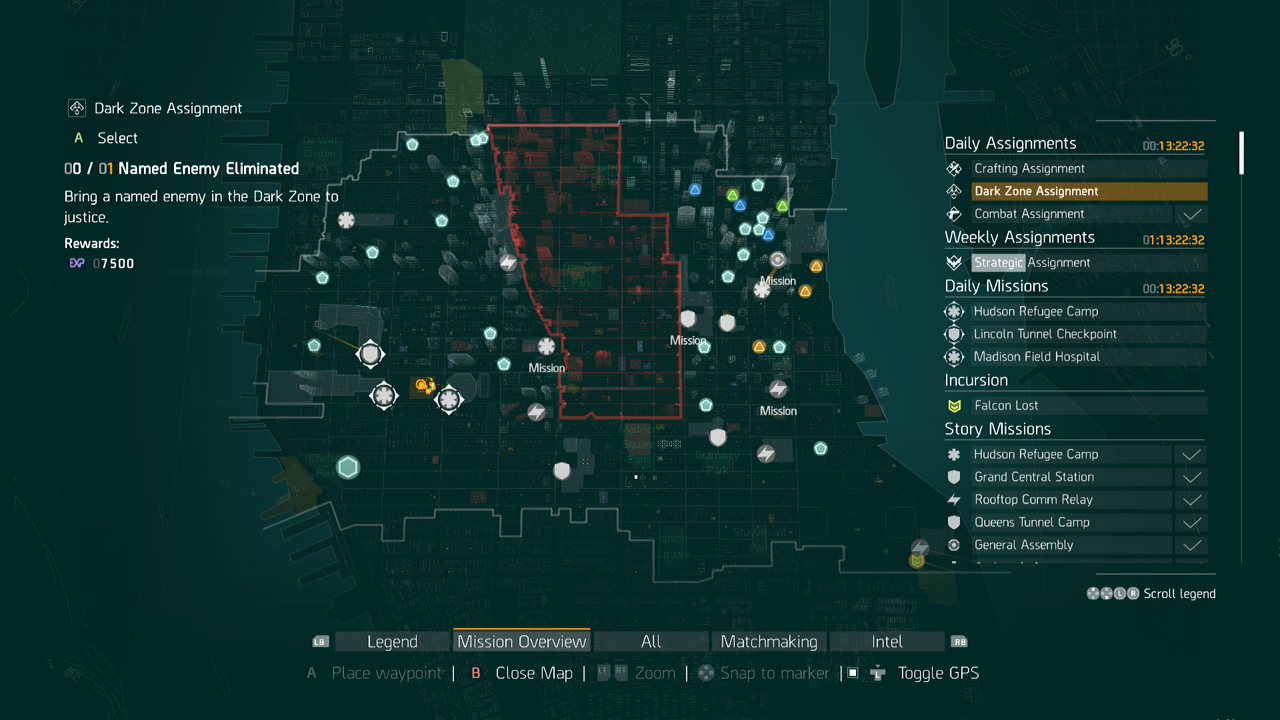 So I’m pretty down on Division 1.1 (in case you hadn’t noticed), but I’m not ready to throw the baby out with the bathwater. Playing the game is still a good time, and even if this new stuff doesn’t appeal much to me, it doesn’t really water anything down either (thankfully I managed to dodge the Xbox One character purge debacle - that would have been a ragequit moment for sure). There’s no reason Massive can’t pull out some really creative stuff for the season pass, and I’ll be diligently working on my Nomad set until then.