'Destiny' has hordes of players and hordes of critics. One of the most divisive issues has involved the timed exclusive nature of certain content. Especially since the announcement of 'The Dark Below' Expansion pack, there have been questions and criticisms directed towards the upcoming PlayStation exclusive content.

Today, Sony shared specifics on what parts of 'The Dark Below' will be a timed exclusive for PlayStation players (PS4 & PS3).

First off, there is the Strike. For PlayStation players, 'The Dark Below' includes two strikes, one of which is the timed exclusive 'The Undying Mind,' which takes place on Mars.

You can step back into the coveted dangers of The Black Garden to face a timeless Vex machine-beast that has survived for ages. Prepare for firefights amidst vine-laden pillars and decaying paths in an effort to destroy the ancient evil. 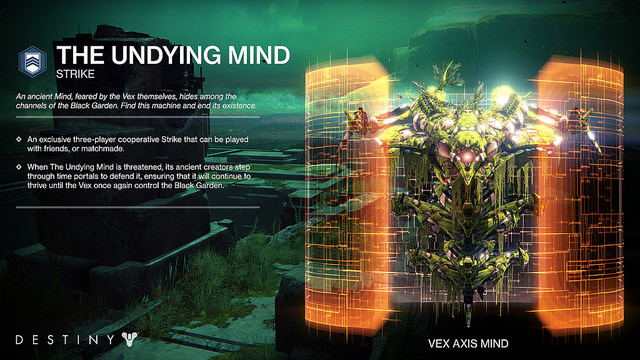 The other timed exclusive piece of content revealed today in a new Exotic Shotgun, the 4TH Horseman.

Four barrels, five shots, and a sizzlingly fast fire rate will eat away at the Vex legions in short order. 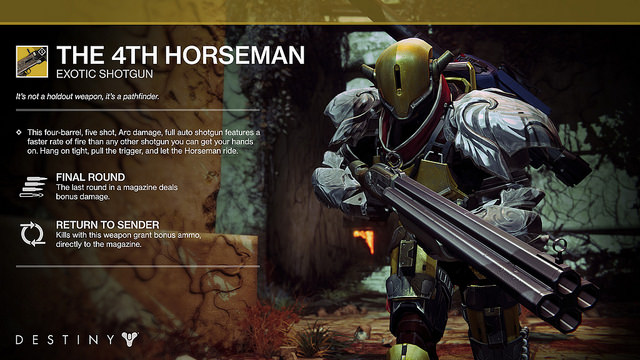 And that's it. 'Destiny's first expansion, 'The Dark Below,' is due out on December 9th.