And she could be taking Blanka's role for herself.

Last week, Street Fighter veteran Zangief was confirmed to be returning to the franchise in 'Street Fighter V,' but apparently another unrevealed character decided to tag along for the ride.

Laura appears to be the next new character in 'Street Fighter V,' though she remains officially unannounced. When Japanese video game news outlet Famitsu published its pictures of the Zangief reveal, it seemed to have accidentally included pictures of Laura as well. The pictures have since been removed from Famitsu, but they have been preserved over at fighting game site EventHubs.

Despite being a new character, Laura seems to be taking the place of an old Street Fighter stand-by. With her Brazilian color scheme and electricity-based attacks, there's a good chance that Laura could be a replacement for Blanka. Maybe her official announcement, whenever that comes, will shed some more light on who she is and what her relationship is with the green-skinned classic character. 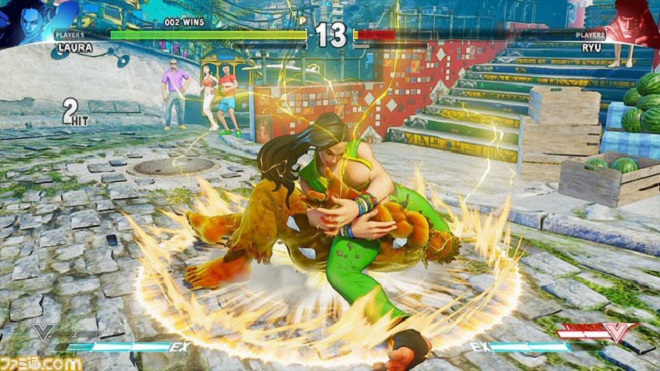