Watch EVO 2015 Now And Through the Finals On Sunday

It's that time. From Friday through Sunday, the best in the world will battle it out at EVO 2015, and this year's slate includes and awesome mix of fighters, including: 'Ultra Street Fighter IV' 'Killer Instinct,' 'Super Smash Bros.' (Melee & Wii U), 'Mortal Kombat X,' 'Tekken 7,' 'Guilty Gear Xrd SIGN,' 'Ultimate Marvel vs. Capcom 3,' and 'Persona 4 Ultimax Arena.'

The whole of EVO is being streaming online through Twitch through a system of seven channels, we've included srkevo1 below, and the channel's page (see here) has links to all the other channels.

To know what will be shown on srkevo1, as well as the other channels, here is a full streaming schedule (click to enlarge): 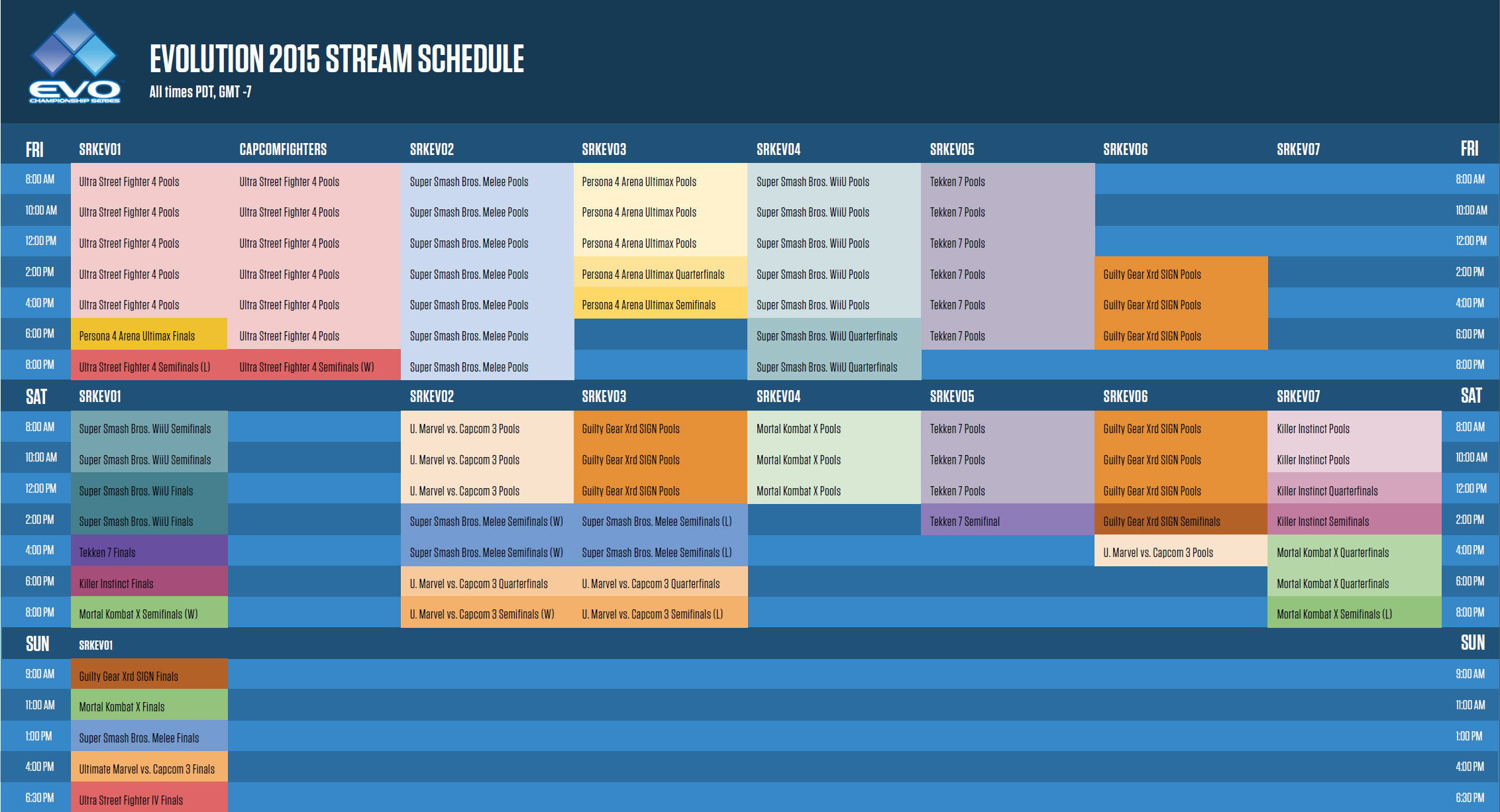 Naturally, most of the bigger finals are on Sunday, but Friday will have the 'Persona 4 Arena Ultimax' finals, while Saturday will have finals for 'Super Smash Bros. Wii U,' 'Tekken 7,' and 'Killer Instinct.'