Developer 5pb.'s 'Steins;Gate' series has been successful in Japan, but was able to finally find an audience in North America thanks to a Vita port released last year. Now, the visual novel's sequel, 'Steins;Gate 0,' will be getting a pretty extensive collector's edition. Rice Digital will be exclusively selling the 'Amadeus Edition' of the game, named after an AI project that's core to the sequel's narrative, for both PlayStation 4 and Vita.

Priced at $89.99 or $79.99 (the Vita version is cheaper), the 'Amadeus Edition' will feature a premium artbook, CD containing the soundtrack, a collectable pin, and a replica of the Fairy Upa character. All of this can be seen in the image below, and both versions are available to pre-order now. Rice Digital warns that the 'Amadeus Edition' may ship later due to "manufacture times." 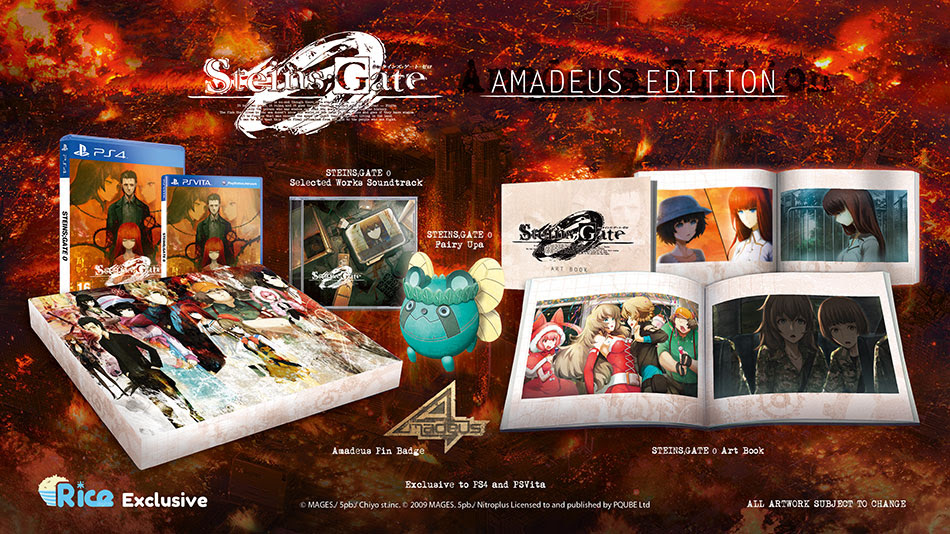 'Steins;Gate 0' is set to release on PlayStation 4 and Vita later this year.