Good for the right price.

Update: Check out our full review of the game, including the LE content, here.

Limited Editions can be great, but most are pretty forgettable. What helps is when they are actually limited. So far, 'No Man's Sky - Limited Edition' is that.

Before I get into what the Limited Edition is like, here's what was promised: 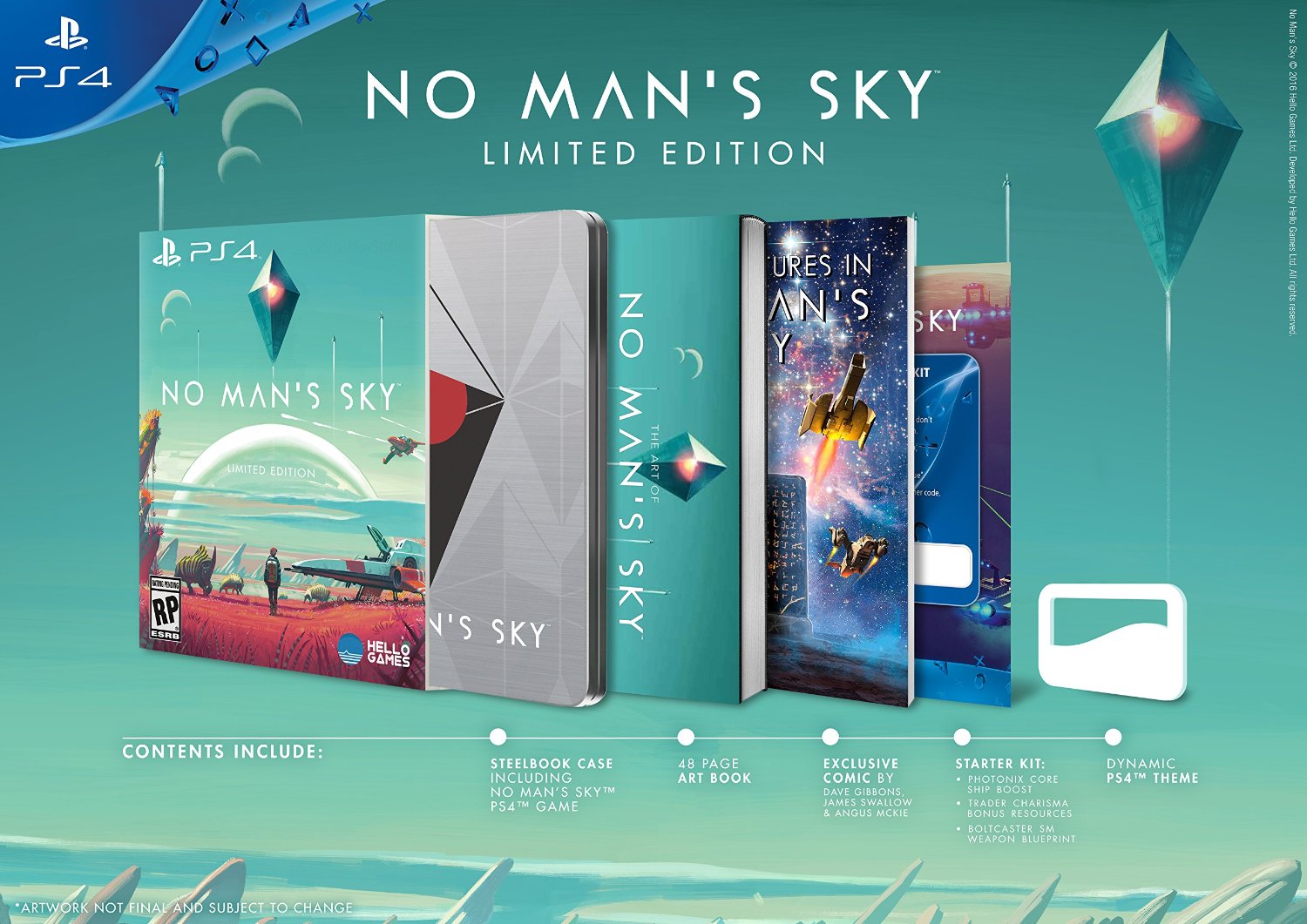 And now, let's look at the real thing. I've had an order for the 'Limited Edition' of 'No Man's Sky' for months, and yet when it was delivered today by Amazon, I was both dismayed and not all that surprised to find that the box had been pretty poorly handled. The box itself has a dusty rough texture, and before it was delivered to me in a cardboard shipping box, it had accrued quite a few creases and scuffs.

On the positive side, the box wasn't crushed. The outside that took all the damage is really just a sleeve-thin paper box. It does not even list the contents. Inside, there is a much nicer box. 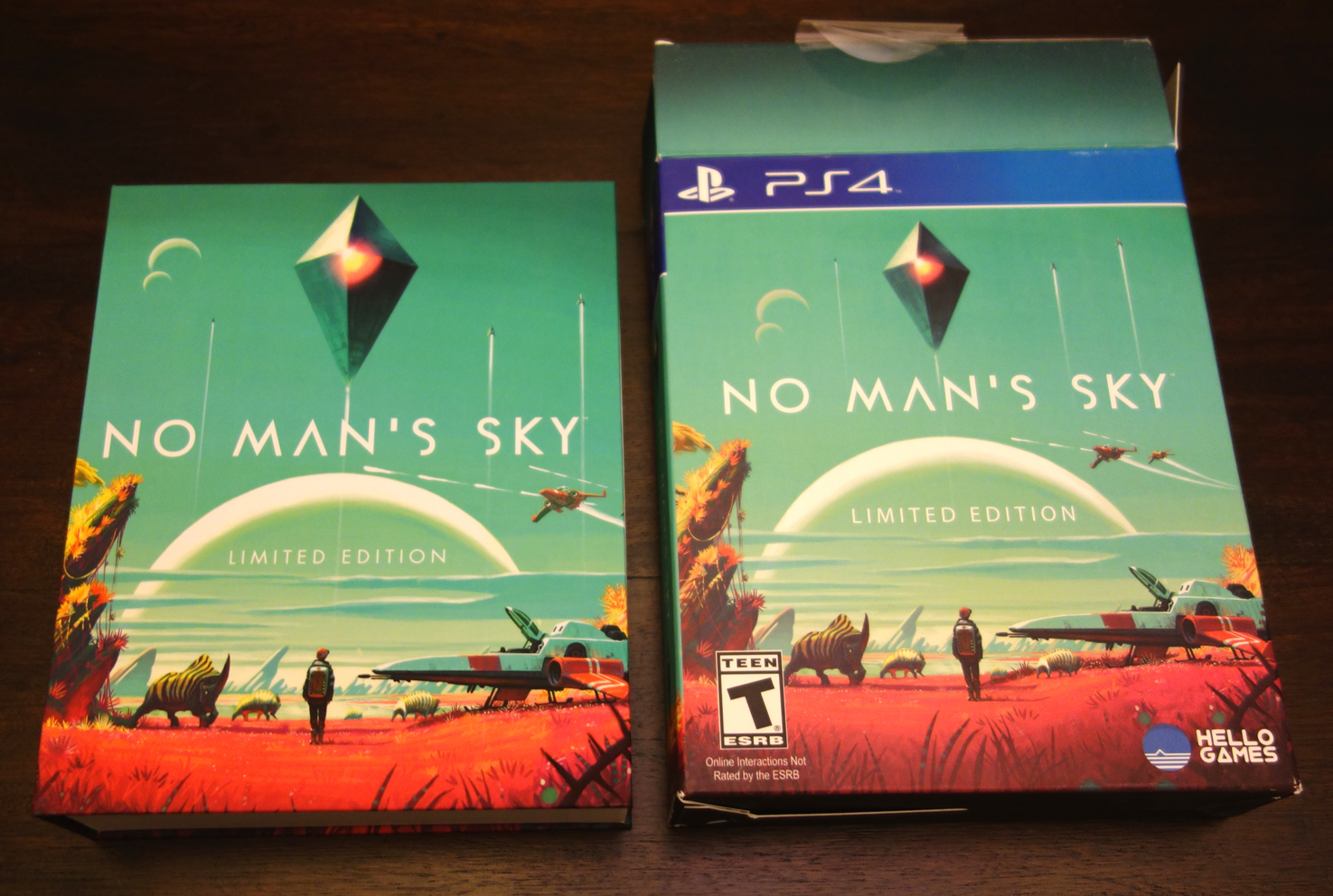 The striking inner box doesn't fasten but it should look nice wherever anyway. Inside, under the flap is the game's Steelbook. It's a nice, if stark design that contrasts with the colorful box art. 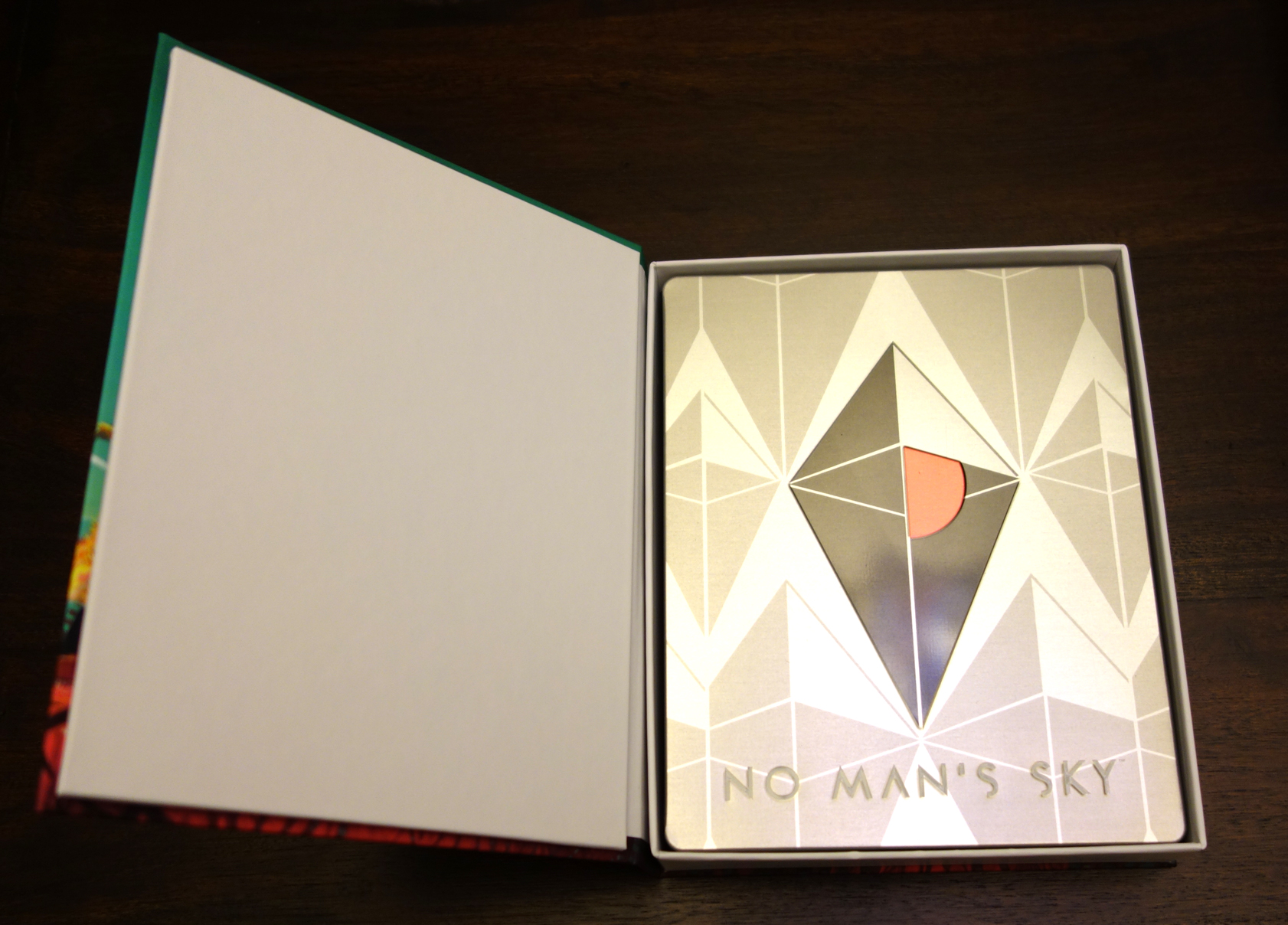 Behind the Steelbook, is the art book which is small in a familiar way and has 48 pages. The game's concept art is attractive enough, so the art book is decent, but small. 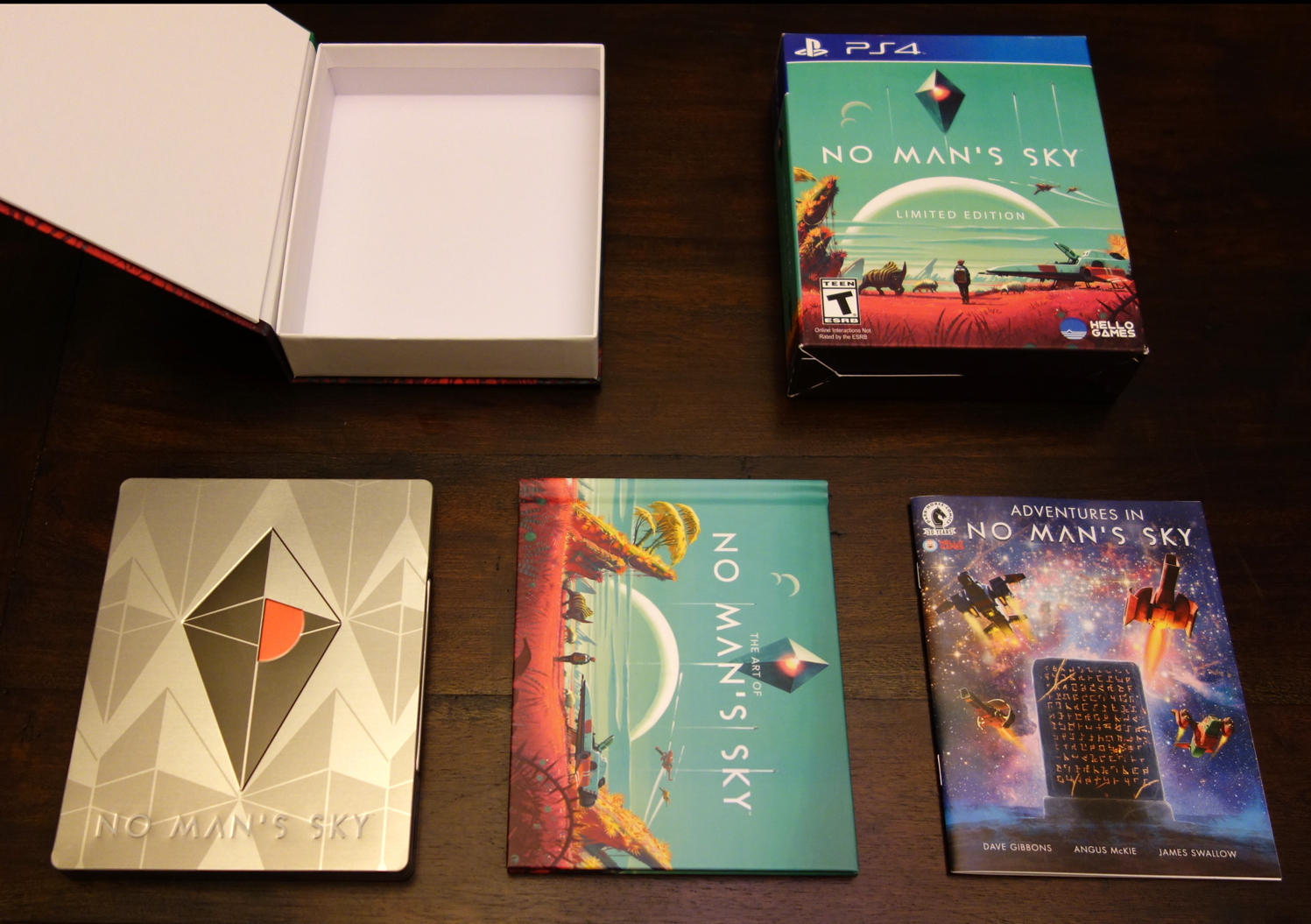 Behind the art book is a Dark Horse comic 'Adventures in No Man's Sky.' Contained within is a comic book story, 'Cargo' and a short form story called 'Ashes & Iron,' which was a real surprise. The whole printing and paper quality on the little book is much nicer than I expected. (Certainly nicer than those 'Mass Effect' LE comics.)

More on that art book: 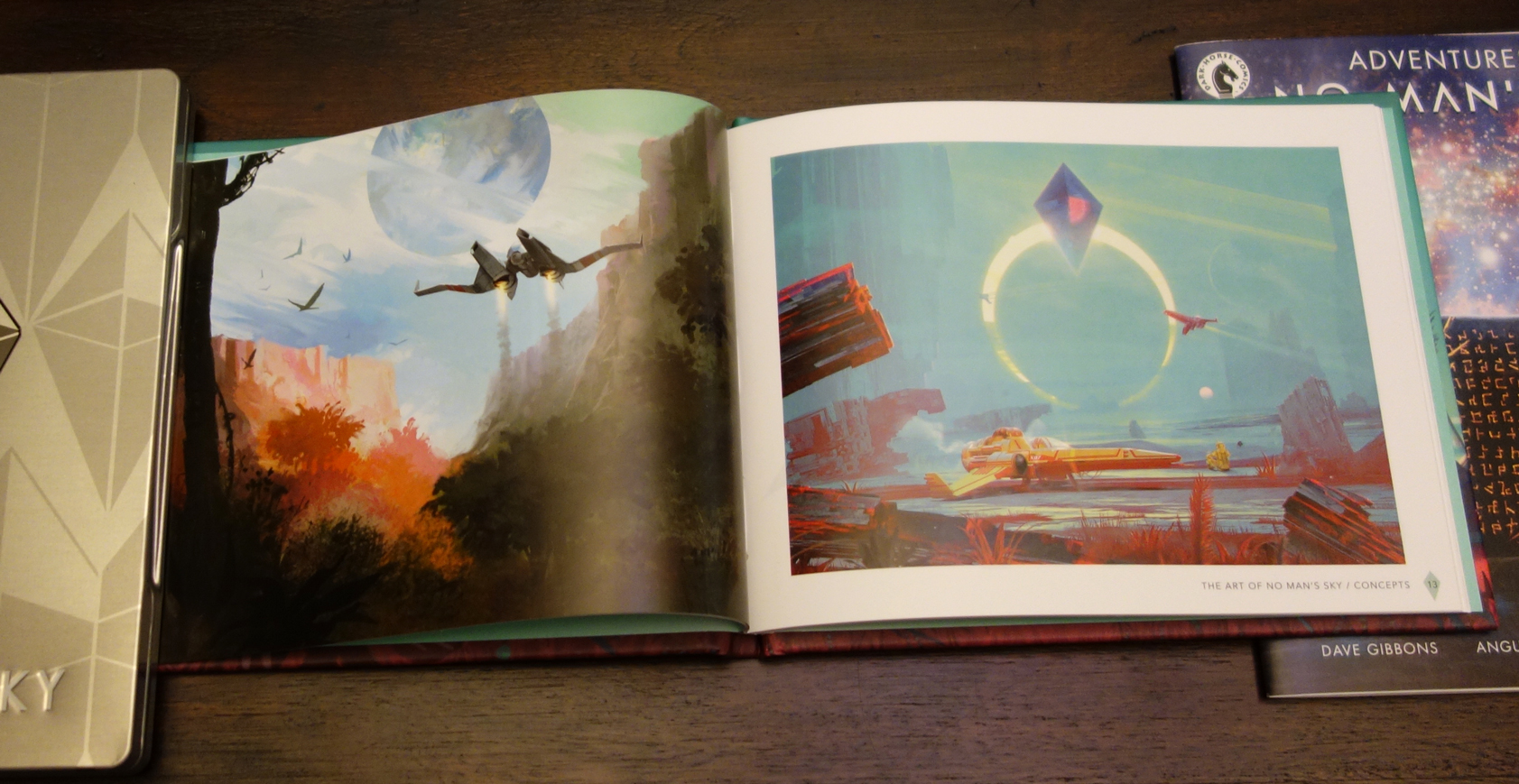 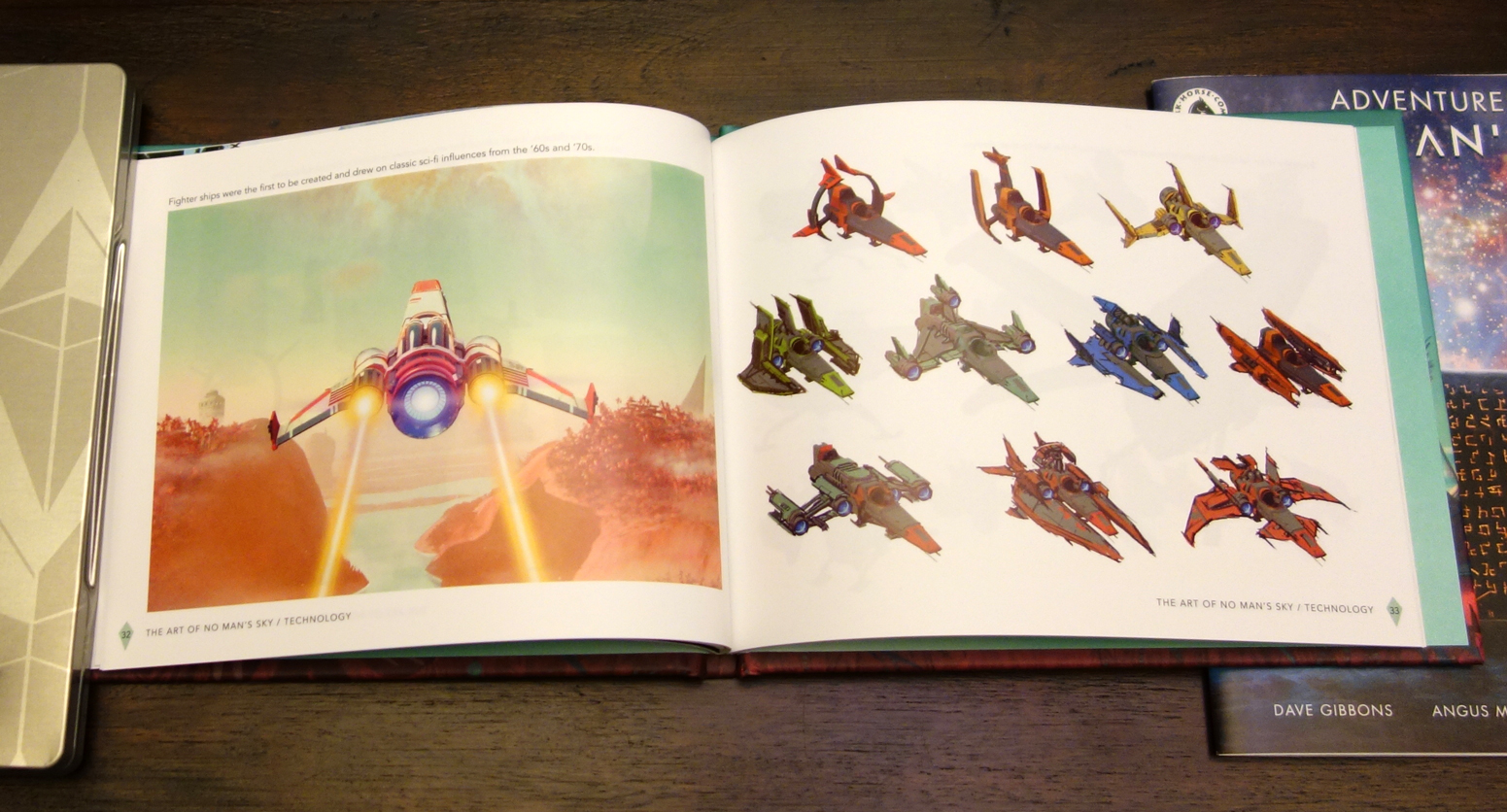 Within the Steelbook is the game disc and flyer that contains the code for the Starter Kit DLC, which features a Photonix Core advanced ship boost, Trader Charisma Bonus Resources, and Boltcaster SM Weapon Blueprint, as well as a PS4 dynamic theme. 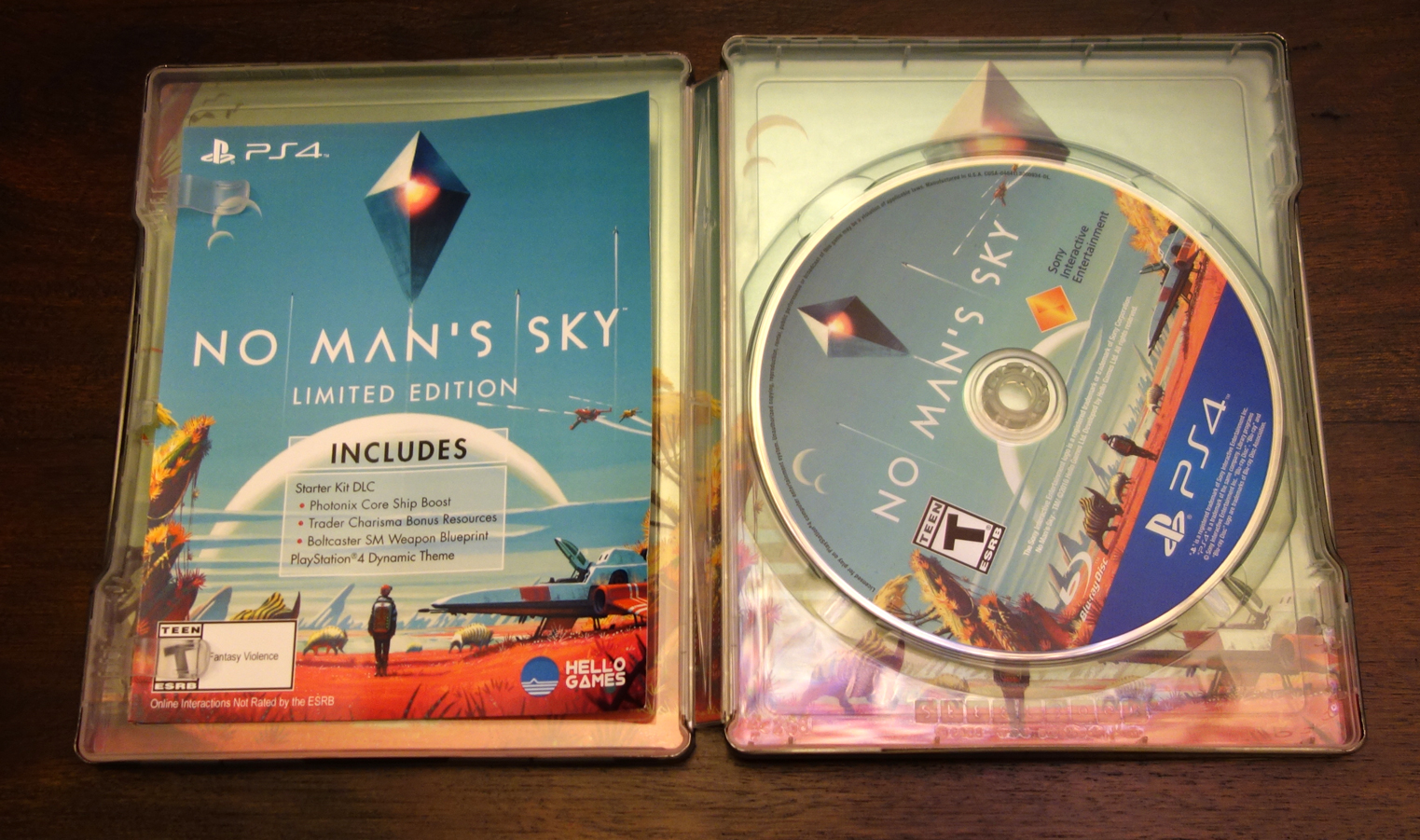 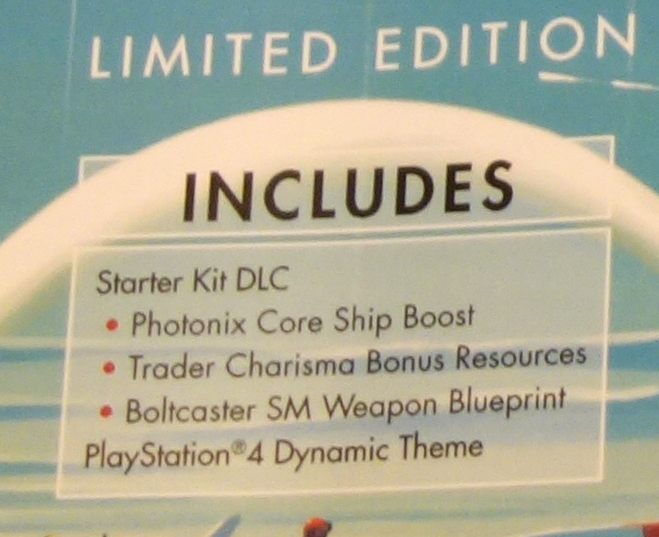 Aside from the 18 page 'Ashes & Iron' story, none of this LE content is ground-breaking, but the overall quality respectable minus the damaged outer box. If the LE should become available at a normal price (check here), I recommend it.