Well, it was bound to happen at some point. A Sparrow Racing League has been announced for 'Destiny: The Taken King.' Starting December 8th, as part of a three week event, 'Taken King' players will be able to race their sparrows (think cart style). 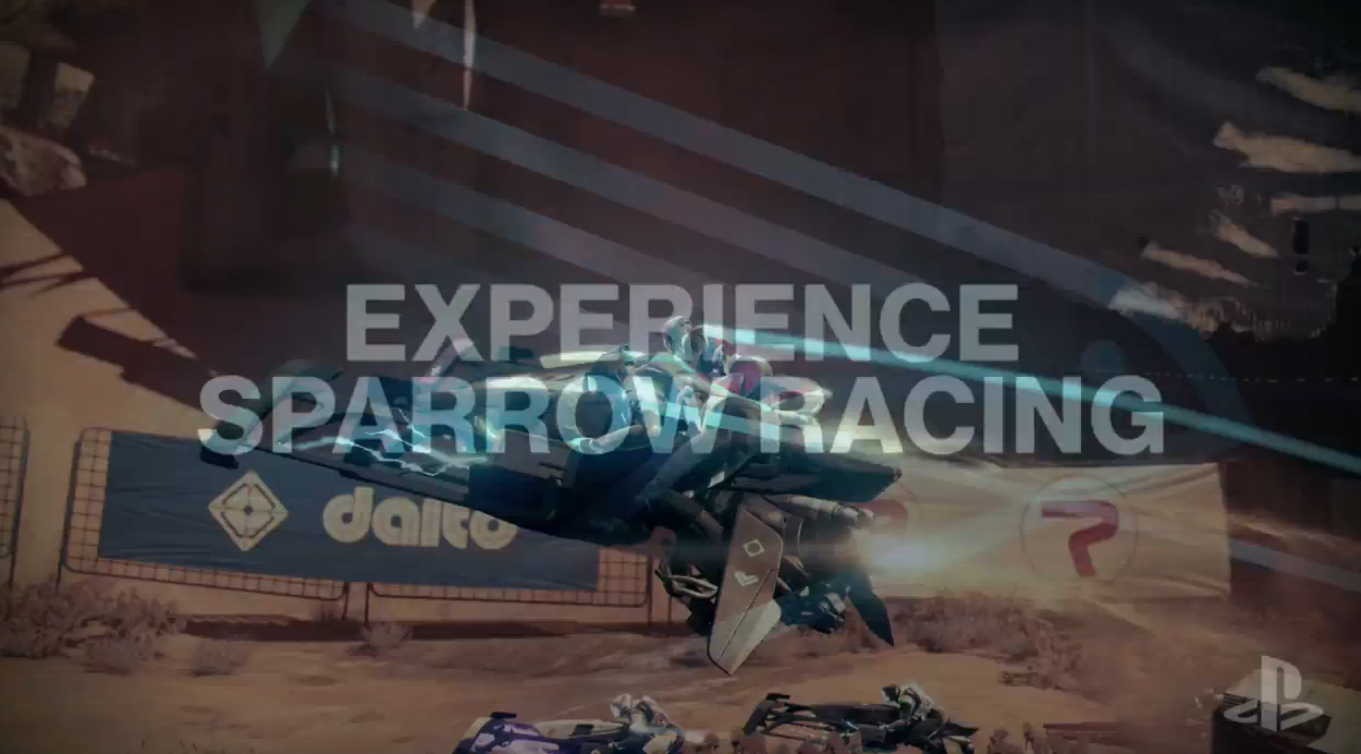 Beginning December 8th, 2015, players around the world will be able push their driving skill to the limit in one of the most requested new modes for Destiny. Featuring a six-person death race through enemy territory where players put their sparrow skills to the ultimate test against five other Guardians, and the tracks themselves, Sparrow Racing will challenge players in ways they have yet to experience in the world of Destiny. The event will last for three weeks, ending on December 29th, 2015. Also revealed today was a limited timed exclusive quest PlayStation fans will have access to when Sparrow Racing launches in three days.

Starting on December 8th, join the Sparrow Racing League. Available to all players of Destiny: The Taken King. https://t.co/iC2QTRZrx6

This means that it's time to take out those unique Sparrows and get ready to race.