A Fox Will Rise in 'Stories: The Path of Destinies' on the PS4 & PC

Choose your own animal adventure.

Here at PAX South 2016, there are a smattering of AAA blockbusters and impressive online PvP shooters of all kinds. There are also lots and lots of clever and addictive indies. But somewhere in between these extremes comes 'Stories: The Path of Destinies.'

'Stories: The Path of Destinies' is an isometric 3rd person RPG. Powered by Unreal 4, it's also a game with a colorful but finely wrought 3D art style, one that feels at home on the PS4 and PC. The game is populated with anthropomorphic animals, including brutish raven soldiers and the wily Lapino rabbit. The most important of these animals has to be Reynardo the Fox, the roguish warrior player character. Through trial and exploration, the player can equip Reynardo with different swords, different grappling hooks, and even a multi-level burst of speed. But while Reynardo's versatile combat options can be expanded and shaped to the player's style, it's the choices that Reynardo makes that will spell success or failure.

Reynardo and his pals have been caught up in a rebellion against the mad Emperor. As the name of the game suggests, the player can pursue different paths, and thereby different stories. Playing the show build at PAX South 2016, I faced such a choice right off, should I try to rescue Reynardo's friend Lapino, who has been caught up in a jam, or should I search out a famous relic that has a reputation as something strong enough to help me stand against the emperor.

In the game, I tapped into the combat system on a basic level. I could strike with one of my two swords, or I could grab an enemy with my chain or with my sword. I could dash around and I could counter, and I could add certain buffs to my weapons via gems. The result of these abilities made for quick and fluid action. One thing I need to work on is that when I approach an enemy, I've tended to grapple in another enemy. Faced directly with the two of them, I'll be combo attacking one, and then fail to counter the other one quick enough. With just a little practice, however, I can see being able to take on whole raven mobs with a quickness. (This game hates ravens!) There's a definite flow taken from games like 'Arkham,' 'Shadow of Mordor' and 'Assassin's Creed,' but here there is an emphasis on smooth and quick. When I upgraded my character abilities, I opted for a perfect counter, but I could have opted for a faster dash. Different strokes. 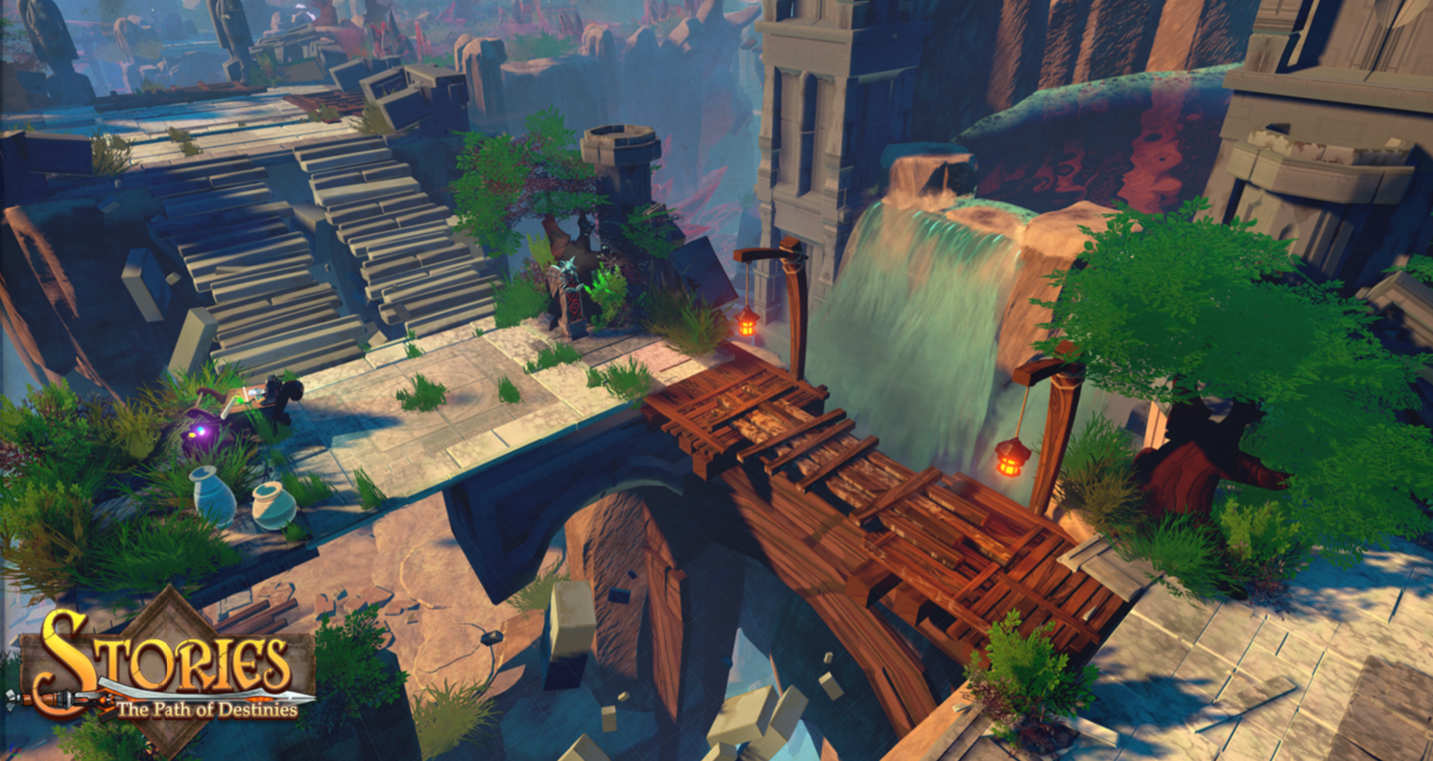 Ultimately, it's pretty clear that developer Spearhead Games attacked this genre with both thoughts of 'Bastion' in mind and a feel for a game that looks and feels well-realized. Going along with the idea of 'Stories,' Reyardo speaks during gameplay, relating further story details in a way that reminds me of 'Prince of Persia.' 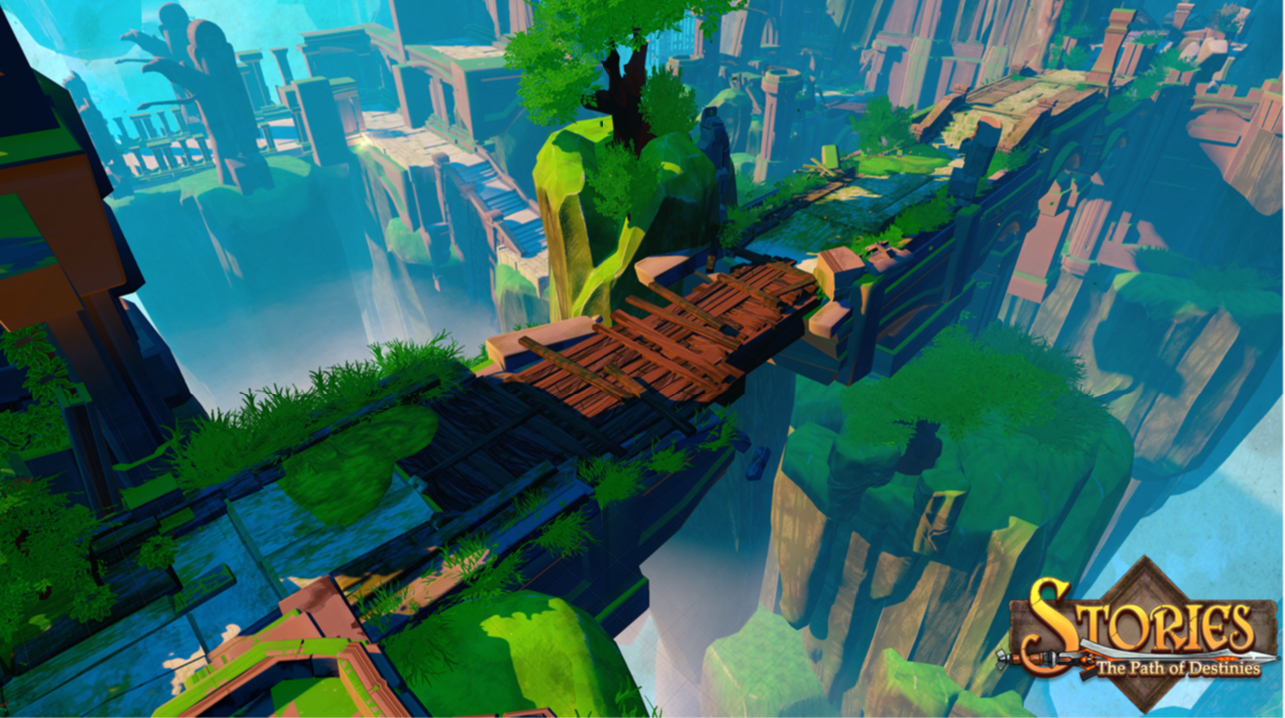 Rescuing Lapino made for a quick reminder that this rabbit is a bit is a trickster, and he immediately outlined a crazy plan involving the Emperor's daughter. That plan served as another possible option, another possible path. I took it, electing to continue to believe in Lapino in spite of all evidence to the contrary. Sadly, it was there that the demo ended. 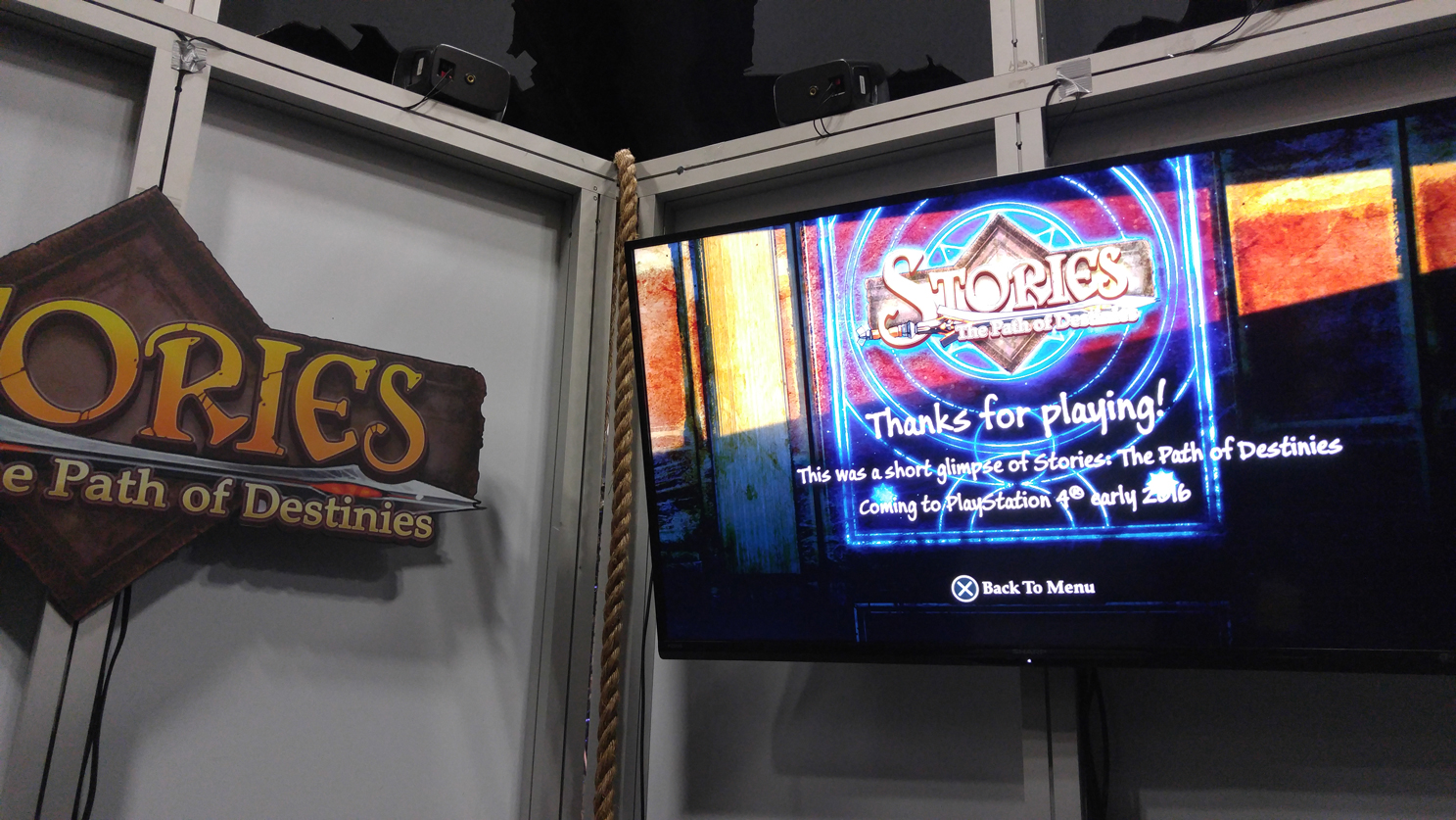 While my PAX South riddled brain might falter in relating the quality I perceive in 'Stories: The Path of Destinies,' but it's there. When it comes to the PS4 and PC, (potentially with a launch day/week discount), I expect it will be a beautiful downloadable RPG, a 2016 gem.