When 'Rock Band 4' debuted, fans found out that Van Halen had jumped on the 'RB4' train. Tomorrow, six new Van Halen tracks will join the game as DLC tracks.

Available together as the Van Halen Hits Pack 01, the six new tracks included are: 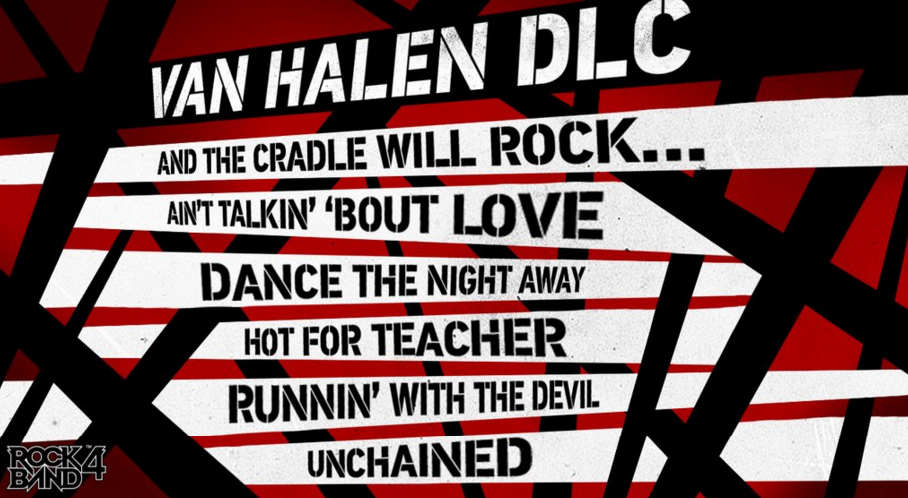 'Ain't Talkin' 'Bout Love' and 'Hot for Teacher' are classics that should be fun to play, and that really describes the whole pack. Fans have waited a long time to get Van Halen in 'Rock Band,' and now it's happening in a pack-sized way.