"One bullet can change history."

'Sniper Elite III' is less than two weeks away, and Rebellion wants fans to understand exactly which skills will come into play in the Africa theater. More than just sniping, the player must keep to the shadows, look for the higher ground, and cover their retreat with traps. Infiltration is a major part of the gameplay, as is the choice secondary objectives of each mission.

Rebellion and 505 Games have released an interactive trailer that tasks the viewer with infiltrating the crumbling town of Siwa.

If you've watched the video, you know what to take a crack at pulling off the truck trap and getting that prime sniping position. Rebellion has also unveiled a Limited Special Edition for the PC version. At 149.99, this edition includes the PC game on 2 DVDs plus a load of digital and hard copy content:

That 'Sniper Elite III: Limited Special Edition' is limited to 1000 copies and must be ordered direct from Rebellion. 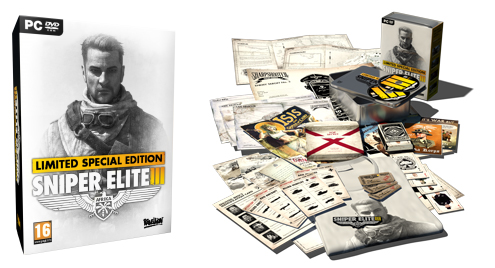 You can find the latest info on 'Sniper Elite III' linked from our Video Game Release Schedule. 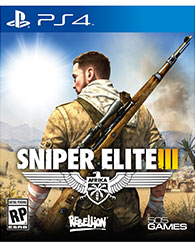