'LEGO Dimensions' Has a Hefty Day One Update on the PS4

A tricky situation for kid-friendly title.

Yesterday, I got my hands on the PS4 starter kit version of 'LEGO Dimensions,' and as shown below; there are 267 pieces of LEGO to assemble as part of the start-up progress.

Today, popping the disc into my PS4, I was surprised to find that while the disc has only 17.1GB of data, there is already a 5.412GB update to download.

Without version notes or the normal Update history, there's no telling what's in the update. At the very least parents (and anyone else) will want to get that update started as soon as possible or else be faced with a difficult wait time. The game needs to be running in order to get info on assembling the Batmobile (I used the box art, which is not recommended), so this big update is a bit of a kill-joy. 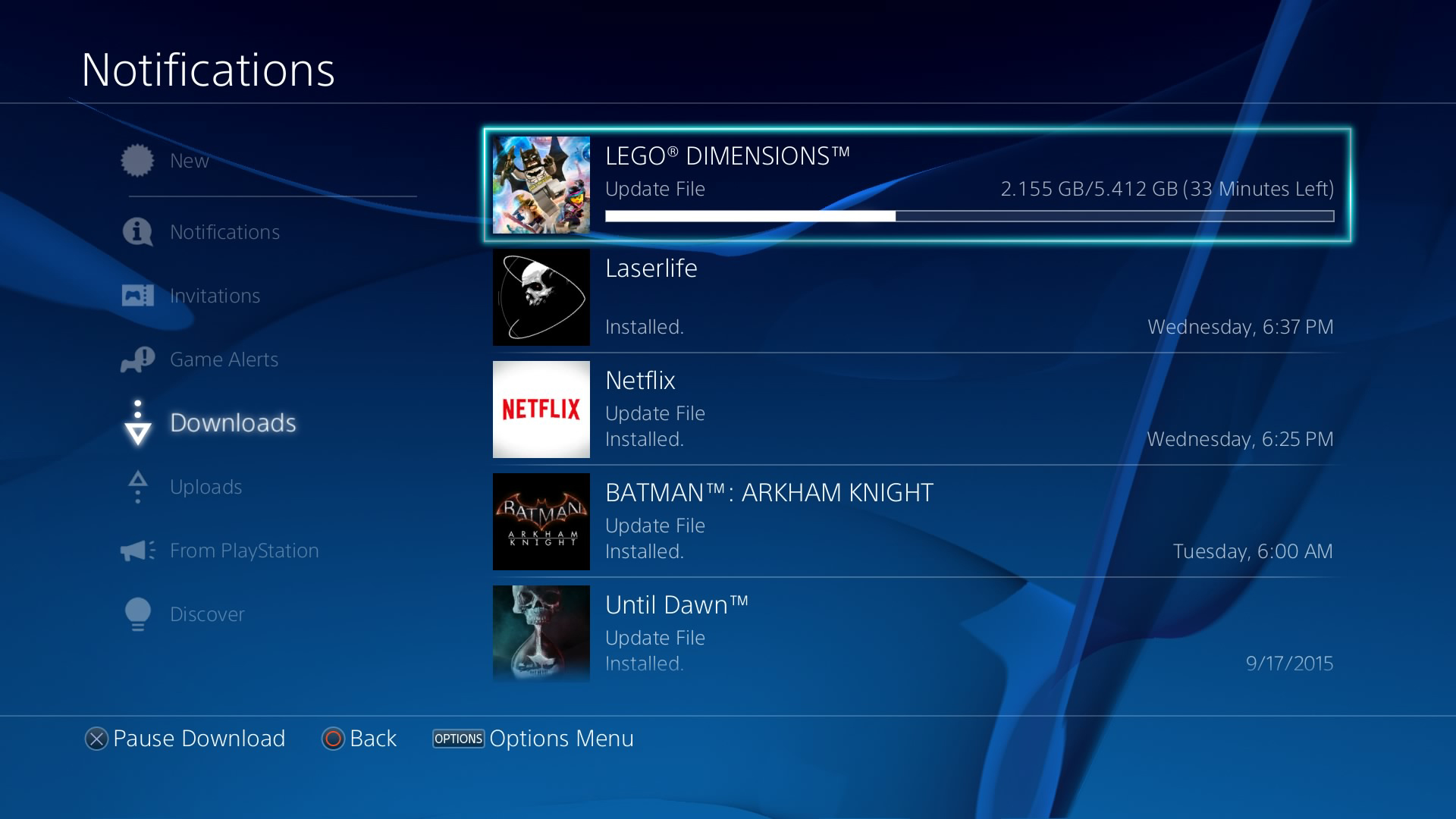 Big updates might be the norm for games like 'Halo: The Master Chief Collection' and post-DLC games like 'Shadow of Mordor,' but the toys to life segment has, in the past, emphasized the need to ship everything on disc (think of the Wii).

This takes me back to when I played 'LEGO Star Wars II: The Original Trilogy' on PC. It was an early Windows Live title, and in spite of the Windows Live promise of an easy install, the game was completely unplayable from disc and required patches just to start.

Again, big downloads are pretty normal for AAA games, but come this Sunday and through the holiday period, a 5.412GB 'LEGO Dimensions' update could mean some extra wait time for kids. (This update applies to the PS4 version, but presumably can be expected on other platforms.)

Here's that unboxing again, (I could watch it three times and still be waiting for that update to finish downloading from PSN):

Hopefully, I can get through some gameplay and get some more impressions up soon.