BioWare Offering the Tavern Songs from 'Dragon Age: Inquisition' for Free for a Limited Time

Free now, but will be sold later.

Bioware's 'Dragon Age: Inquisition' is a massive game, and though it may not be as in tune with series' origins as some would prefer (cough, me), it's definitely a hit that has a huge fan base. With so many passionate fans comes side aspects along the lines of cosplayers. One such aspect that formerly had slipped the minds of BioWare and EA was the game's Tavern Songs. These melodies are of a high quality and have sardonic feel that easily rivals similar songs in fantasy giants like 'Game of Thrones' and 'The Lord of the Rings.'

Fortunately, while it seems that the songs are going to put on sale come March, BioWare is first offering them as a free download. (The free download will be available until February 9th.) 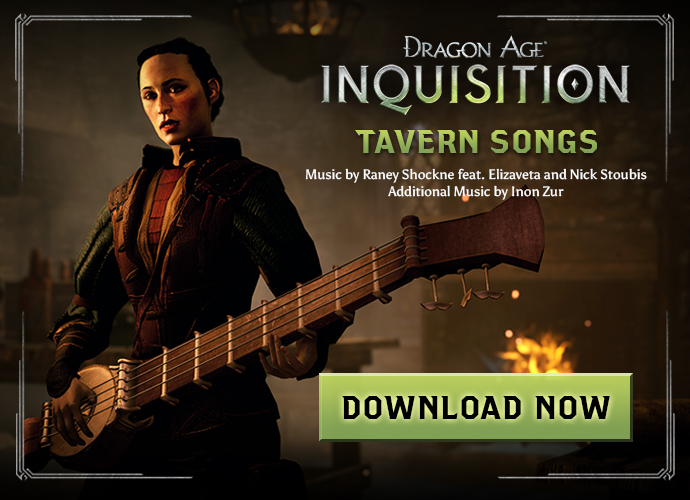 BioWare is also encouraging fans (after much pleading it seems) to learn to play these songs. Sheet music is available now and there is even a Fan Celebration Contest.

"'Dragon Age: Inquisition' vies with 'Diablo' for the spot of best RPG currently available on the Xbox One. It avoids the grind endemic to games of its kind and has a good story on top of an even better open world."