The Spice Must Flow: 'The Final Station' Beta Impressions

Editor's Notes: Impressions based of the Chapter 1 PC beta build.

The current 'The Final Station' beta consists of one chapter, and by the end of it, I had saved four passengers. I also had managed to get both myself and my train to some sort of important outpost where money still matters, a staging area for the survival effort. On the red side of the ledger, I had let one of my passengers succumb to their wounds, and I know there were others I wasn't even able to find or to aid. 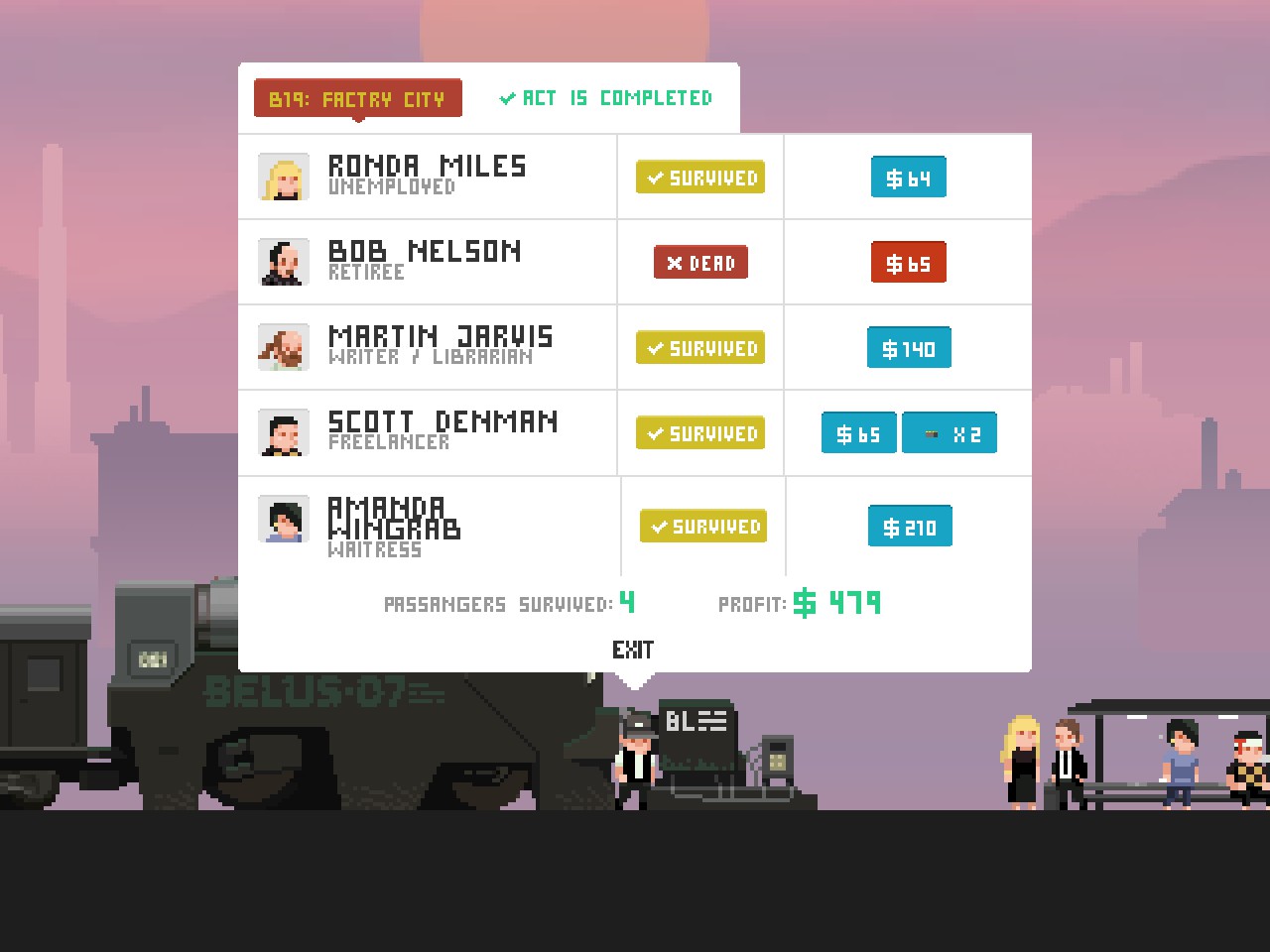 But that was just the tip of the iceberg. I also managed to erase an entire city. Zombies, survivors, and the fallen dead on both sides went up in one big mushroom cloud while my train just moved on. 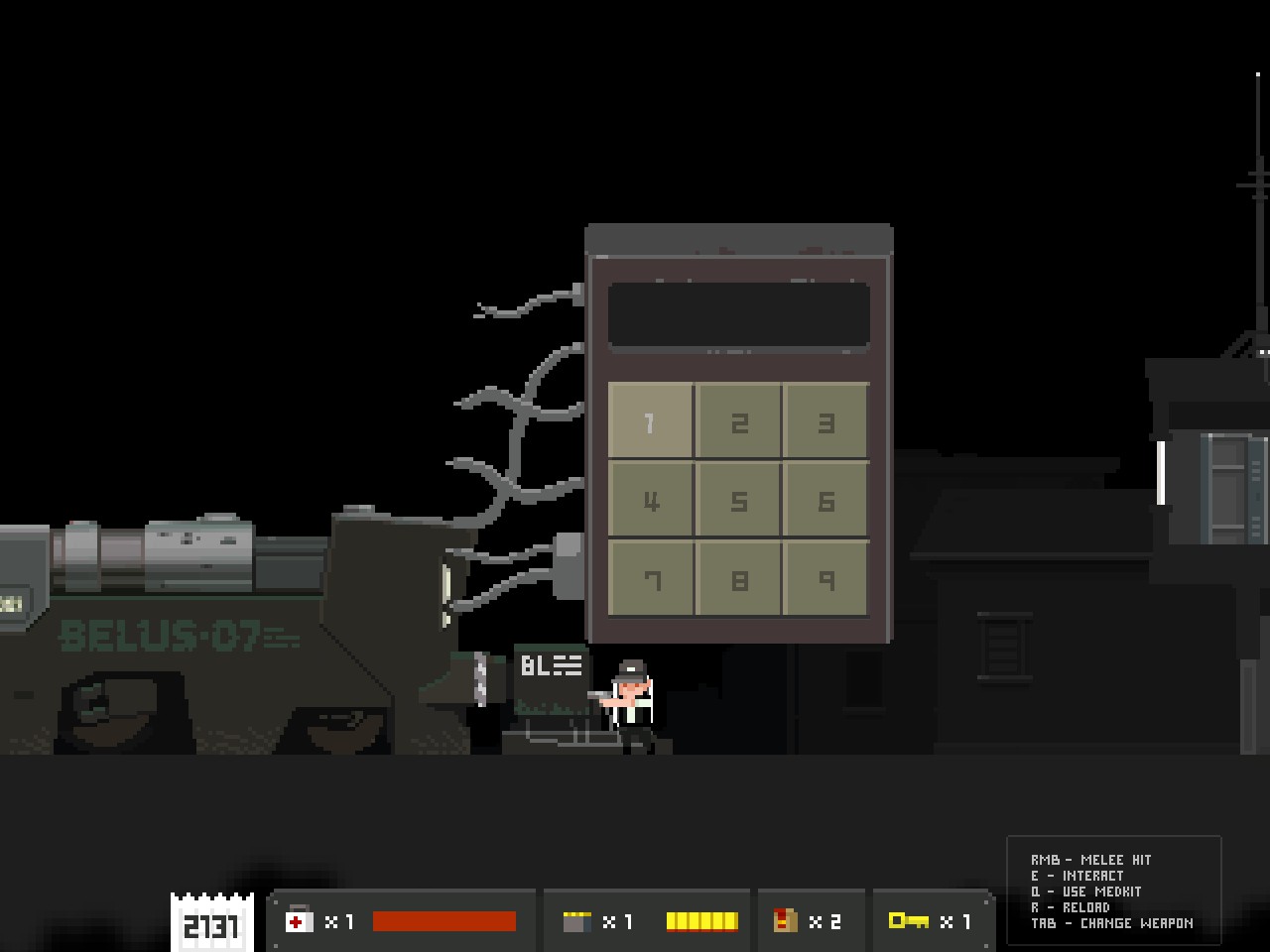 The world of 'The Final Station' brings to mind the kind of desperation apparent in 'The Road.' At each stop, I have to leave the relative safety of the train in order to find a four digit code needed to move to the next section of track. Getting past the rail blockers is just the beginning, however, as each door I kick down, each window I shatter, could lead me to food, ammo, money, or death. It could also lead to clues about the unfolding catastrophe. How a spreading disease turned so many people against each other and into shadowy monsters. And how a tolitarian regime it seems, recognized the danger, and has been responding in the only way it knows how, by sacrificing the common majority in the name of the greater "good." 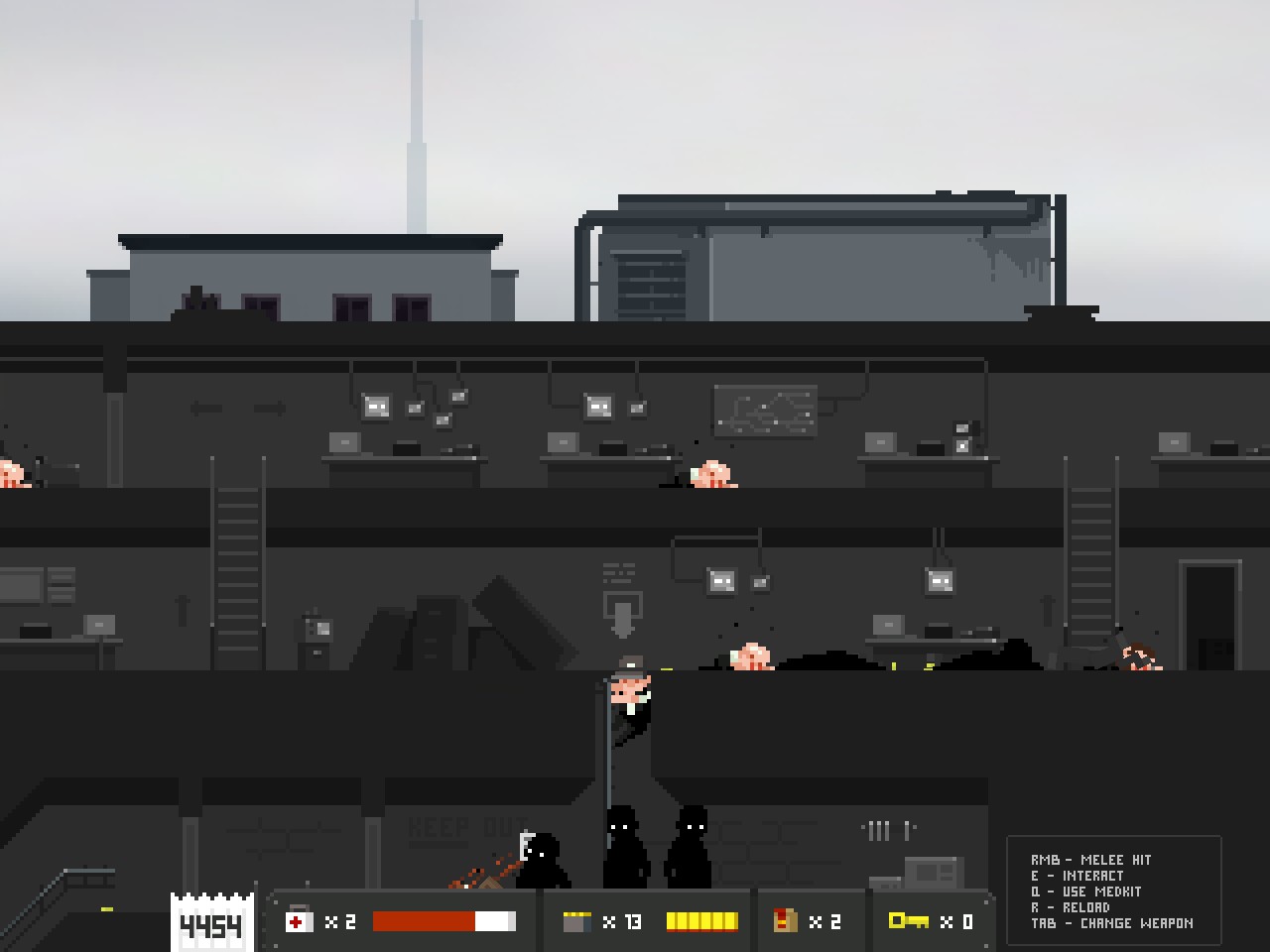 On a more granular level, the beta was pretty taxing for me. Give some space and some ammo, and can take down a room full of the creatures. Even the exploding ones or the short leaping ones can be handled when things are calm and open. Boxes, chairs, toilets, and the like can be thrown at zombies. Even in body armor a zombie will succumb to a thrown toilet. But those kinds of items are rare, and can only be used once. I wasted plenty such things just trying to loot dead bodies. 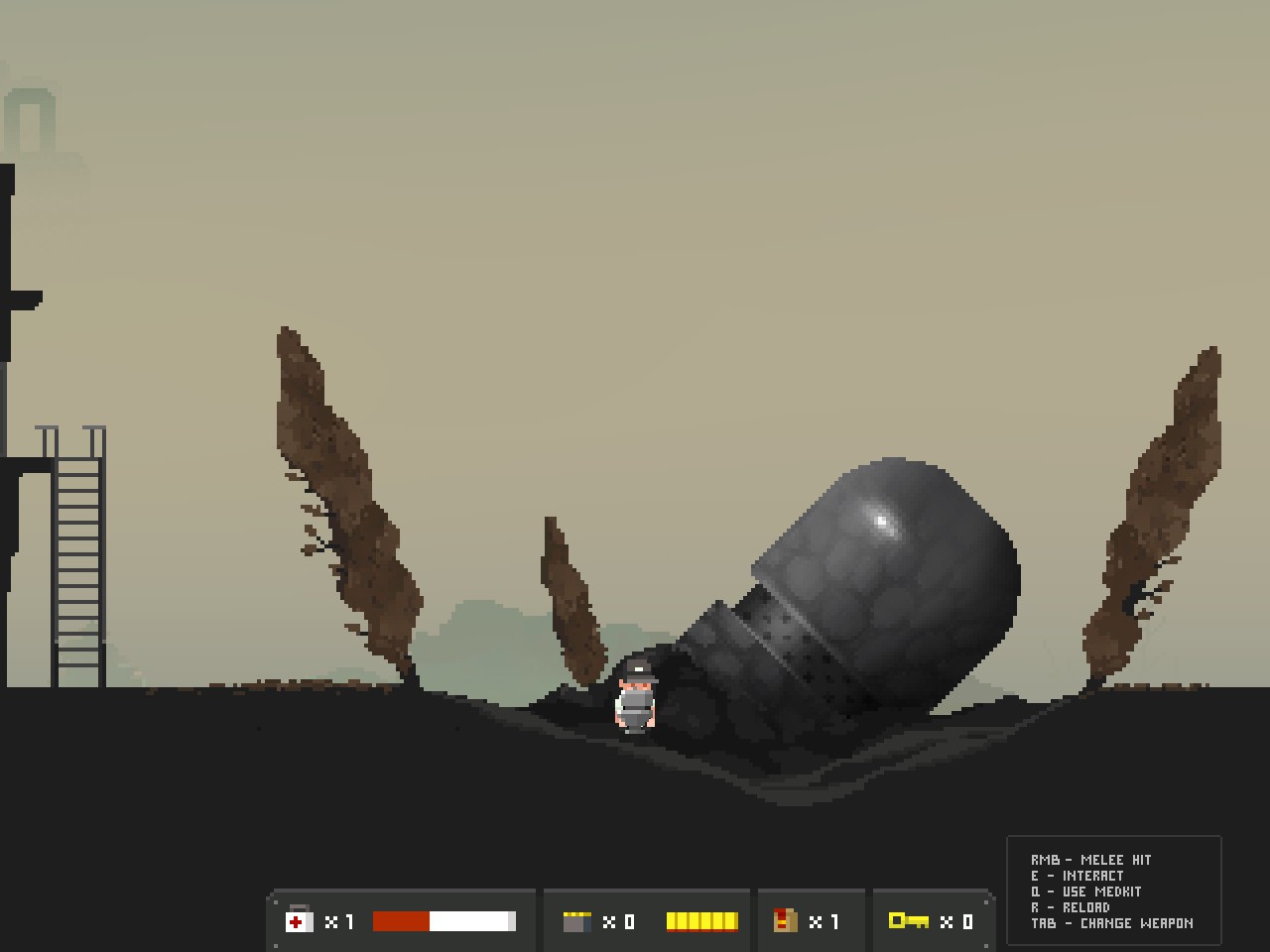 And as for ammo. It always runs out. I can punch the helmet of a zombie, but the body armor will shrug of further punches. Regular zombies, crouching zombies, and explosive ones can all be punched and will fall after several punches. Even so, lining up multiple zombies for a given squeeze of the trigger, or else going for headshots is the way to stay safe. Letting two or three zombies get close enough to punch usually meant death for character. Fortunately, though this has very roguelike qualities, there are checkpoints. Each stop of the train is its own level, and within each level there points where the game autosaves. 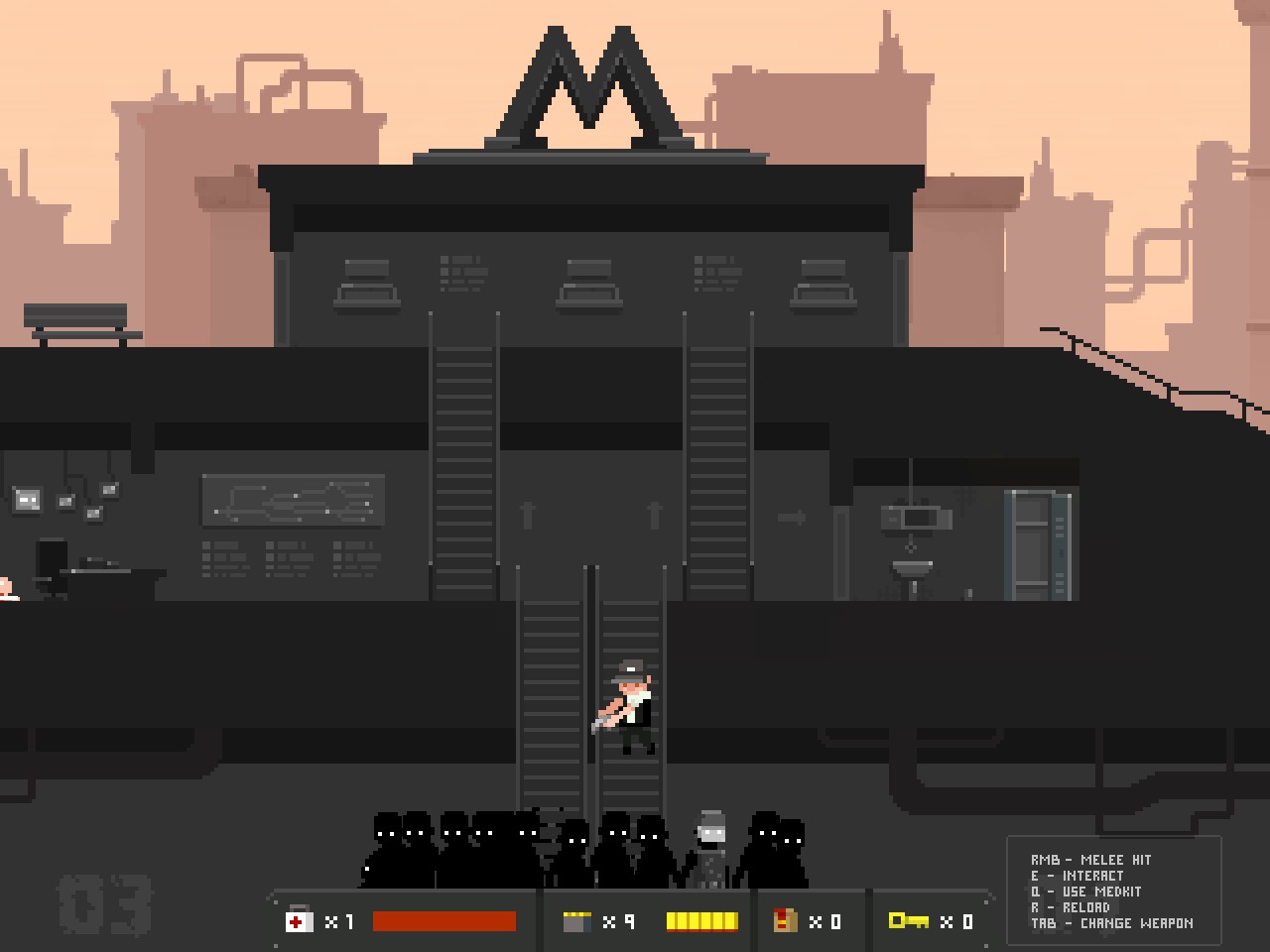 Without those autosaves, I'd never have made it through the longer levels. I could navigate entire buildings of zombies through quick ladder/stair moments, but with each blind door, there could be another group that pounces and ends me. At one point, I picked up a double barrel shotgun. With it and my pistol, and a decent amount of ammo, I felt pretty good. The next thing I know I had to go into a subway station, one that I had been warned in-game to avoid and was full of baddies. That left me trying to shoot multiple zombies at once from the stairs. So much for all that ammo. After that it was a parking garage, and I had to make my few shots count. 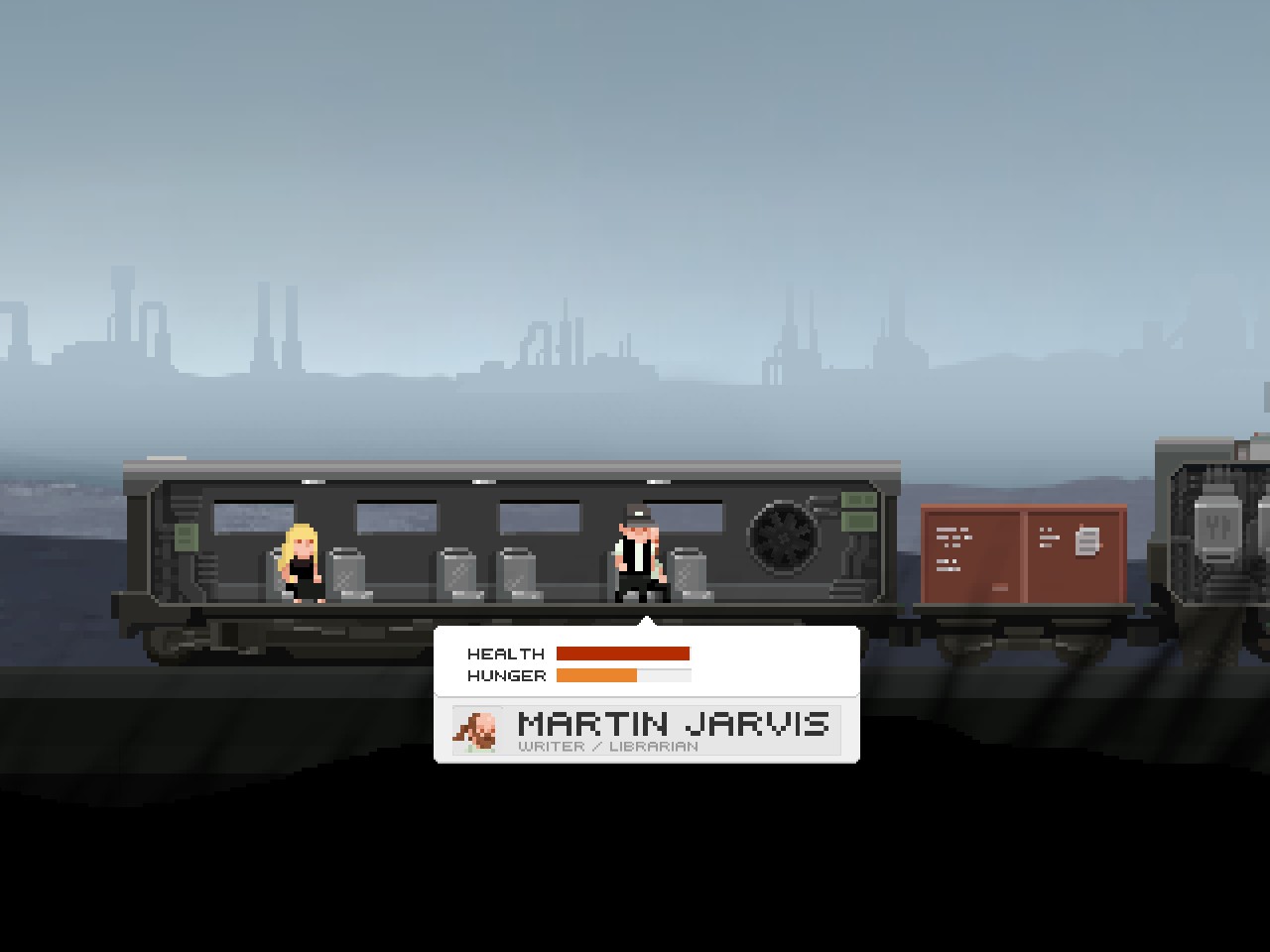 Meanwhile, on the train between stops, I try to keep the passengers fed and medicated. Even with excessive scrounging and rationing, however, this is a tough task. As conductor, I also have to manage several systems on the train. The ventilation system and waste system require constant tweaking to keep the power going. If that's not enough, there's also an instant messaging system to watch and hope for contact from a distant friend. 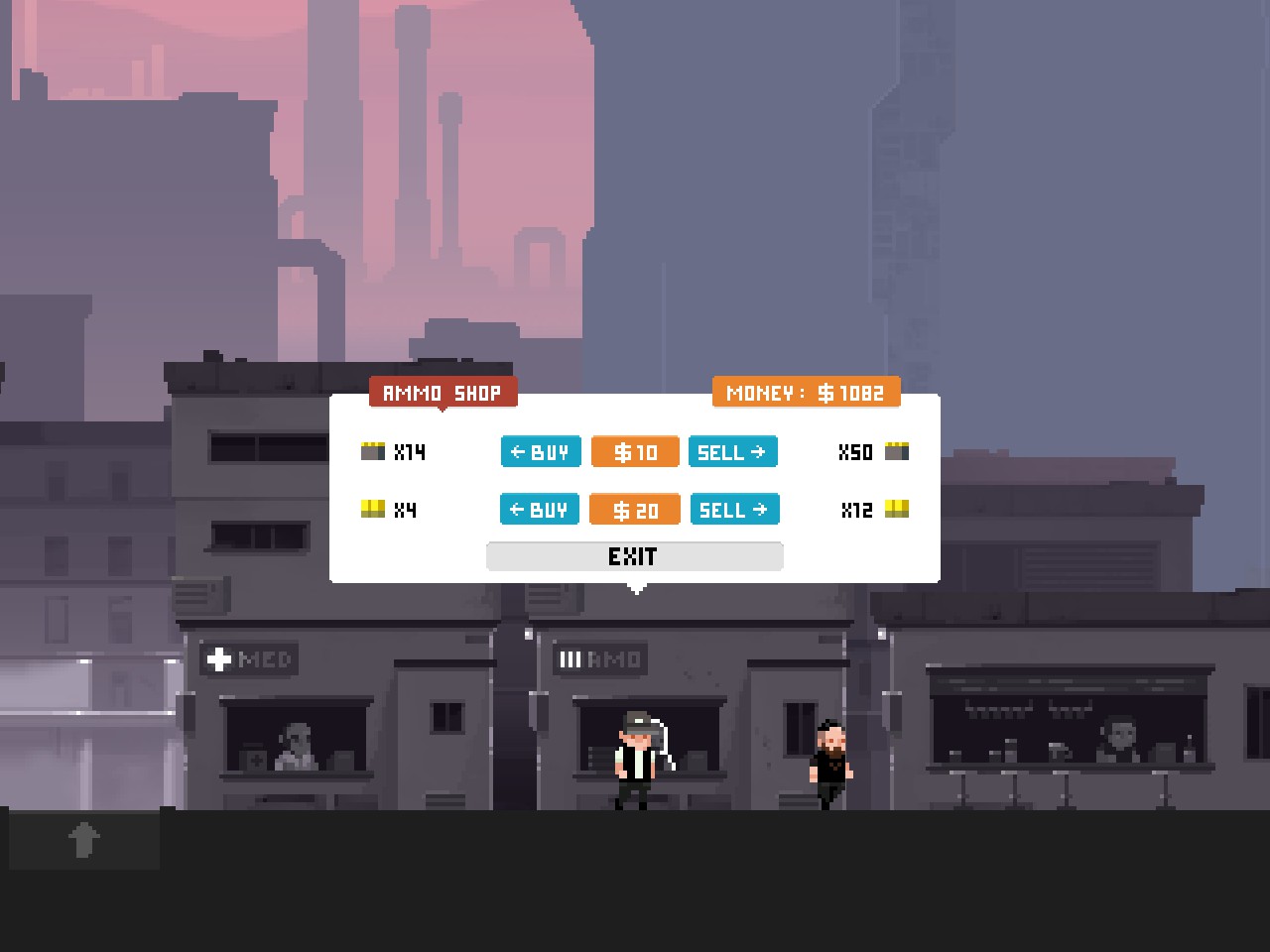 Ultimately, understanding and carrying out the big picture objectives look to be a significant part of the game. It's possible that all this badass conducting, captaining, and salvaging will lead to major endgame confrontation. In the meantime, this is a bleak world, and it's going to take some hard choices to keep the train running.

'The Final Station' is being developed by Do My Best Games and being published by tinyBuild. The announced release date is Summer 2016 for the PC. (See the Steam page here.)