Get stealthy with a bigger budget and new engine.

Focus Interactive and Cyanide Studio have announced that 'Styx: Shards of Darkness' is in development using Unreal 4 with a release target of 2016. This is a sequel to the last-gen 'Styx: Master of Shadows,' which just happens to be on sale on Steam for only $10.19 (66% off, see here). As for the new game, it's all about stealth and the deadly arts.

In the first screenshot for the game, Styx can be seen about to dispatch as target or obstacle. 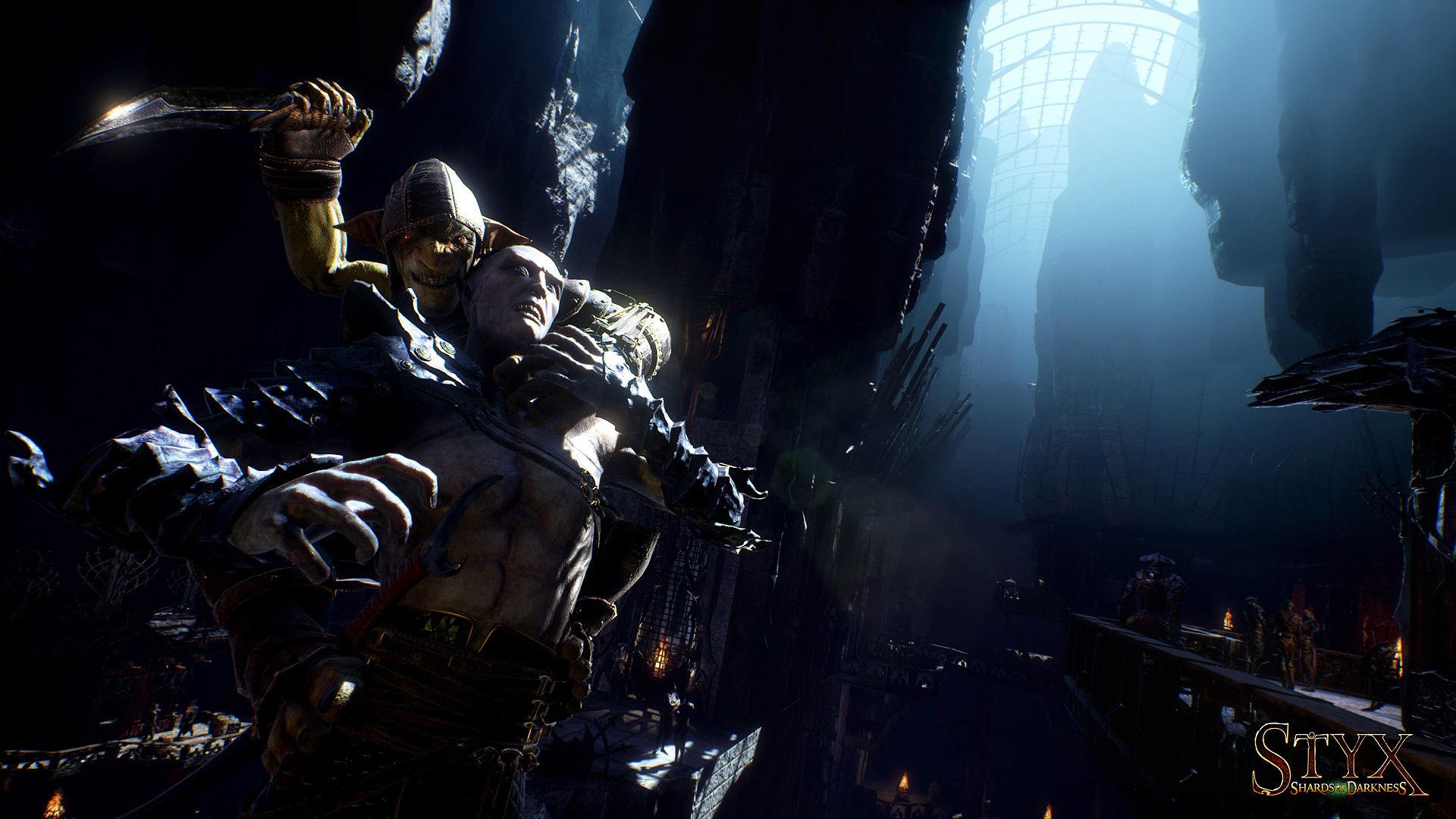 'Shards of Darkness' has been in development for six months, and is targeting the PS4 and Xbox One as well as the PC. In addition to the new engine, the team apparently has a bigger budget, and fans of the first game will be pleased to know that the goblin will have his work cut out for him.

Following the fall of Akenash tower, an extraordinary matter has forced Styx out of hiding to infiltrate Körangar, the city of the Dark Elves. Supposedly impregnable, a diplomatic summit offers Styx a chance at slipping in unnoticed, as he learns that the event is nothing but a mere facade... Moreover, the Elves have joined forces with the Dwarves, and the only thing both races have in common is a mutual hatred of the Goblins...

Embark upon a stealthy adventure with new enemies, new environments, and a plethora of new mechanics aimed at refining the abilities and movement of Styx; grappling around corners, climbing ropes, and using his trusty knife as a zip-wire. Shards of Darkness aims to offer unparalleled freedom of movement, along with refined stealth and assassination mechanics, expanding and improving on the strengths of Styx: Master of Shadows.