Impressions: 'Sid Meier's Starships' Is Poised To Offer Combat and Customization Not Seen In 'Civilization'

A dynamic battlefield could mean all the difference & Sid Meier Hopes to Surprise Players Who Choose to Go Beyond 'Beyond Earth'.

Fans of the 'Civilization' series, trains, the Civil War and so forth are likely already quite familiar with the machinations of Sid Meier. And that it's that familiarity that can be a stumbling block when hearing Firaxis' director of creative development speak. He has a very ordered mind, but he also has a keen eye for the kind of structured fun that pervades his games. Still, to hear him explain where a game was born from and where it's going, you have to know that either consciously or subconsciously, he is often thinking a hundred moves ahead. 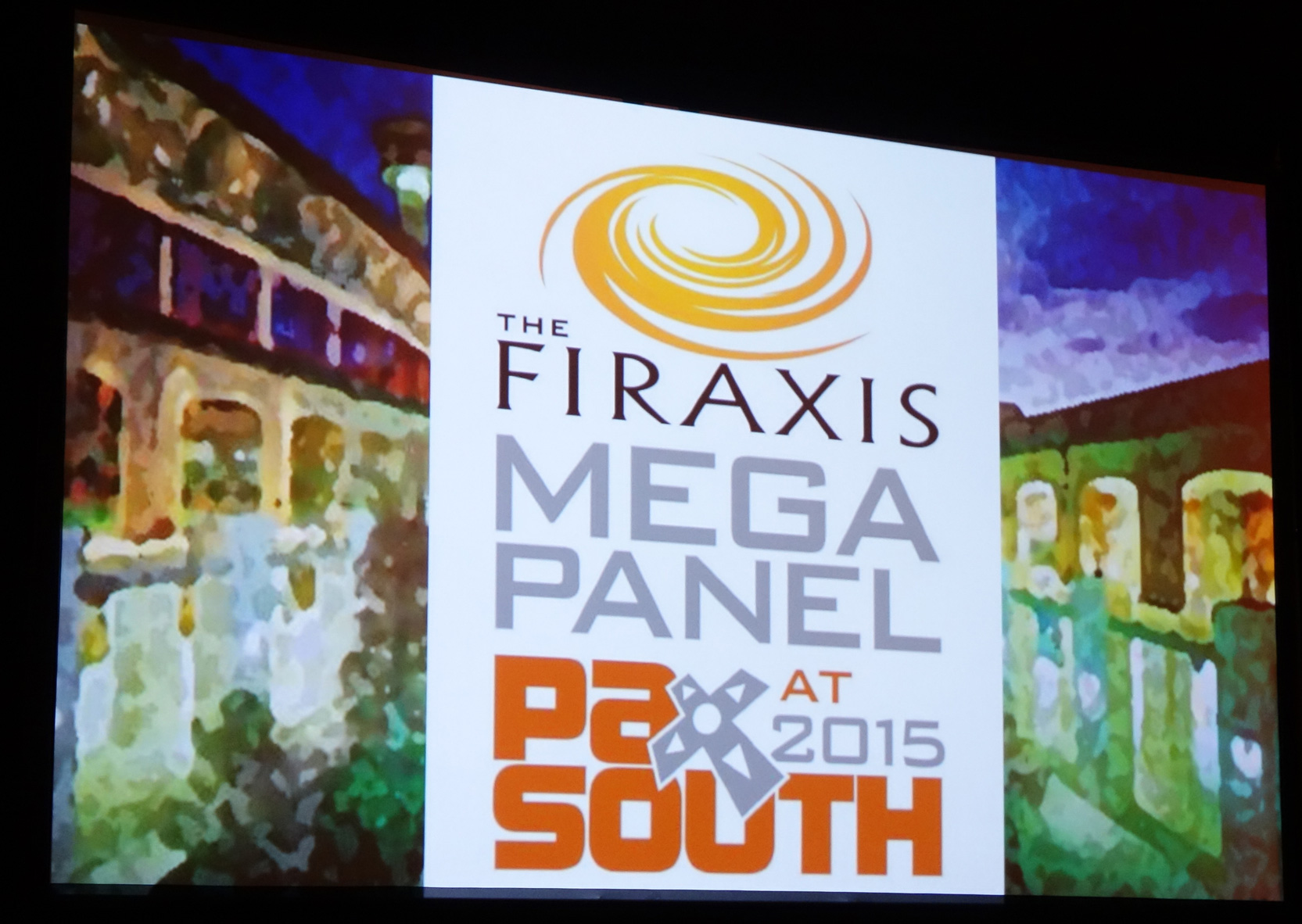 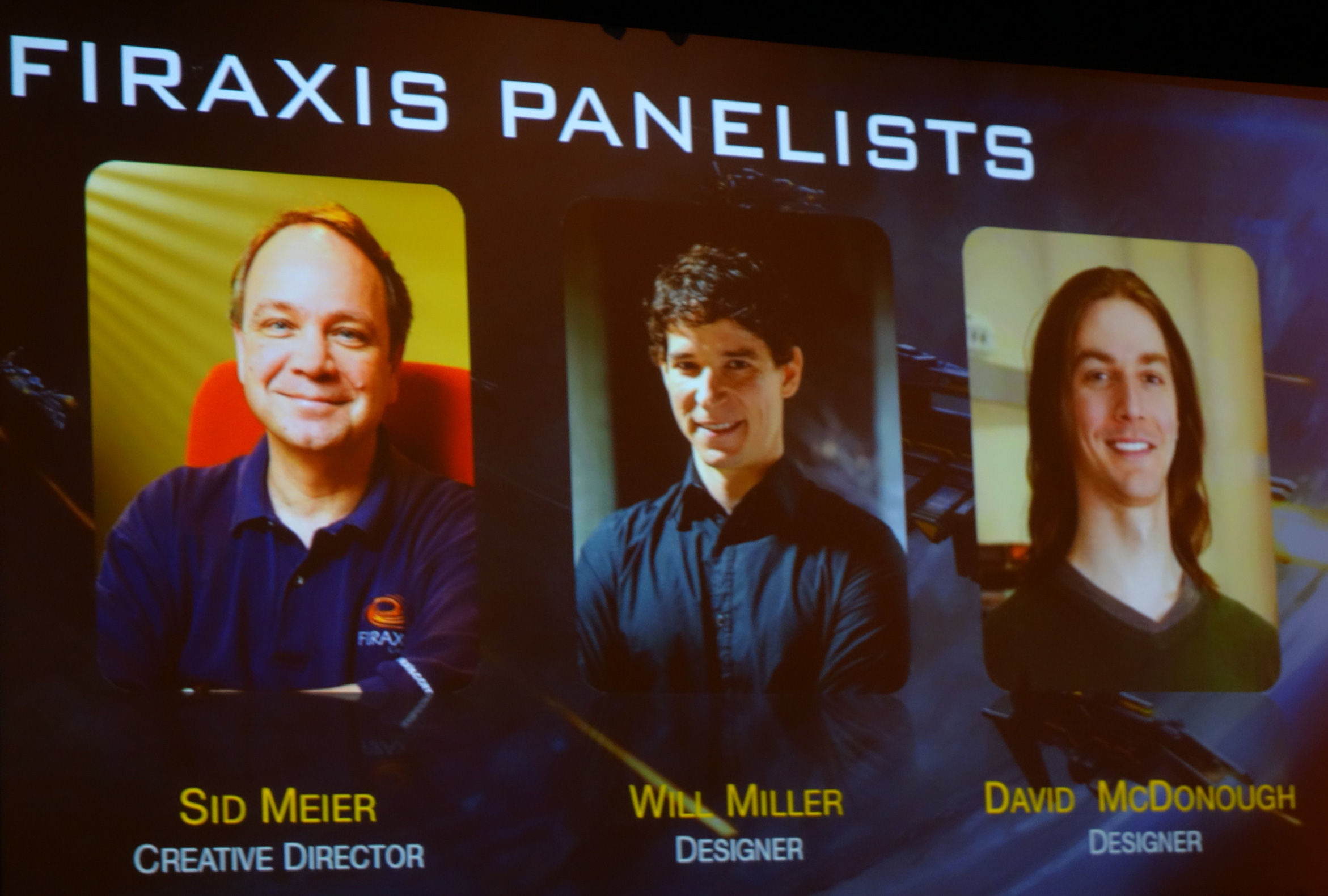 What's important to know and something that will likely be tricky to market even after 'Starships' is released, is that it is its own game and not dependent on 'Civilization: Beyond Earth.' There is a bit of crossover, a subject that I will come back to, but more importantly, the idea and world that is 'Starships' was born from that moment when humans left earth in 'Beyond Earth.'

Where 'Beyond Earth' was focused on the struggle for a single new wild world, 'Starships' is about what happens when the seeding of dozens of new worlds creates a space not unlike the world of 'Star Trek.' Instead of trying establish a new Civilization on an alien world, 'Starships' is about managing fleets and facing off with fleets controlled by already civilized factions. 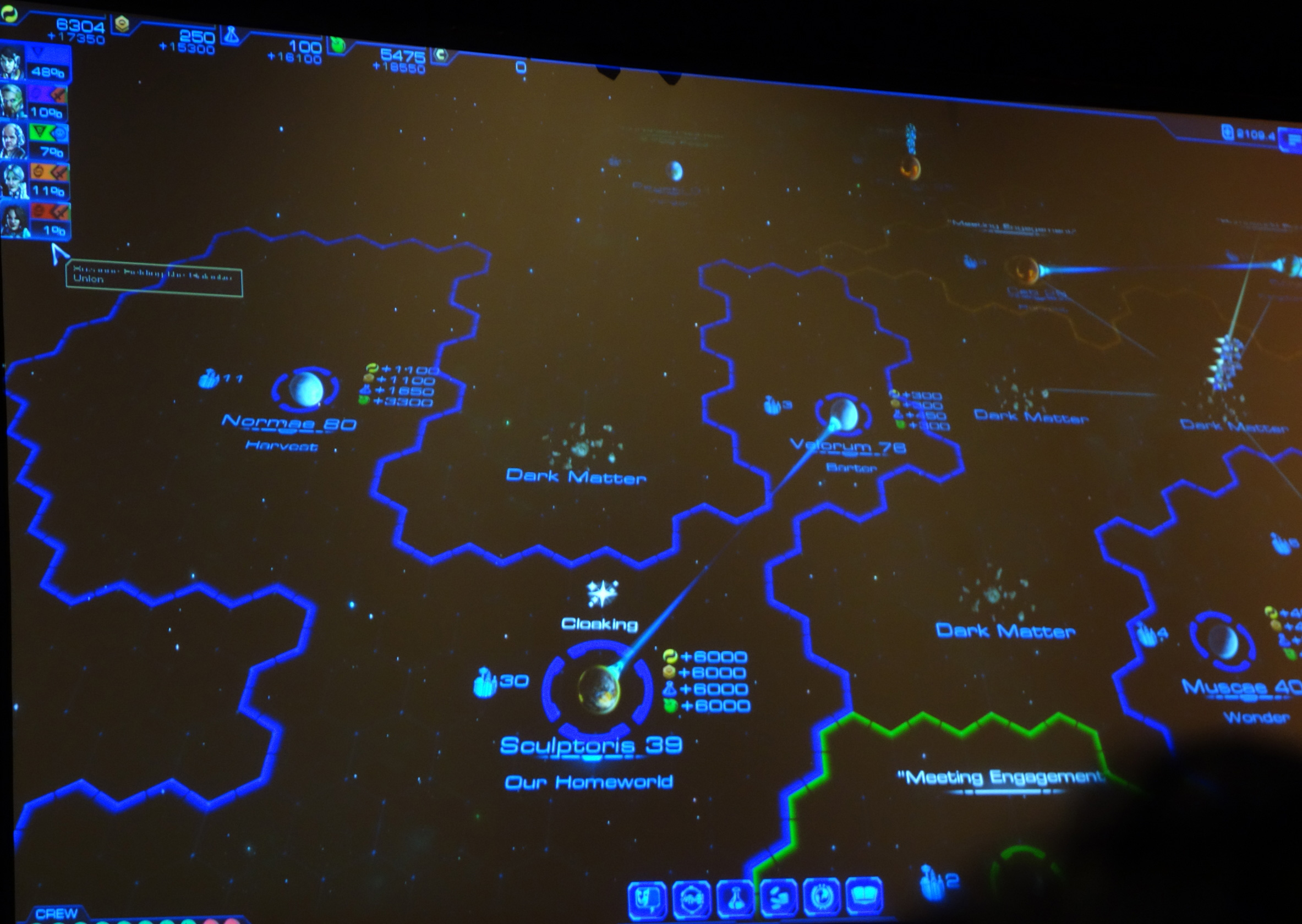 In such a world, where multiple planets band together into a single political entity, whose job is most fun and the most daring? That would be the fleet commander. And stepping into the role is where the player starts in 'Starships.' 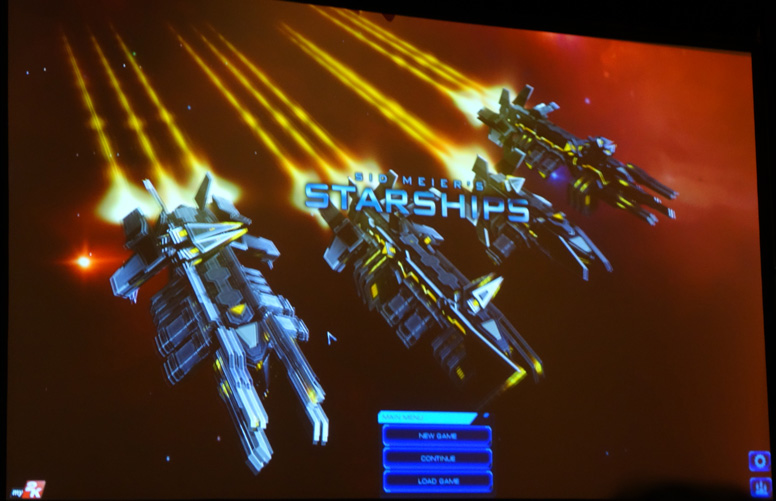 Meier and co. quickly demonstrated how with just one world to call home, a fleet could start out by assisting the closest neighboring world. By dispatching some threatening bullies, the neighbor becomes a trade partner and gifts the fleet's faction its choice of a free technology. From there, it's not hard to glimpse the likelihood that the new trade partner will likely end up as part of political unions with the player's faction.

Naturally, many elements of the 'Civ' series are ever-present in 'Starships.' There is the need to advance technically, produce better and better units, spread through the map and outwit and out plan the rival factions. Of course, there are the ships that make up the fleet, and these ships can be customized in look and build, but the combat itself is different, much more like XCOM. When entering into combat rival forces maneuver and attack turn by turn through a field of asteroids. These asteroids provide cover that diffuse weapons (even down to zero), and even move in ways during the battle that create and erase different routes and positions. Understanding how to make the best use of this space terrain is just as key as bringing more powerful ships in greater numbers than the enemy, and because the asteroids move, the battlefields are dynamic, with opportunities for players to squeeze ships through temporary openings. 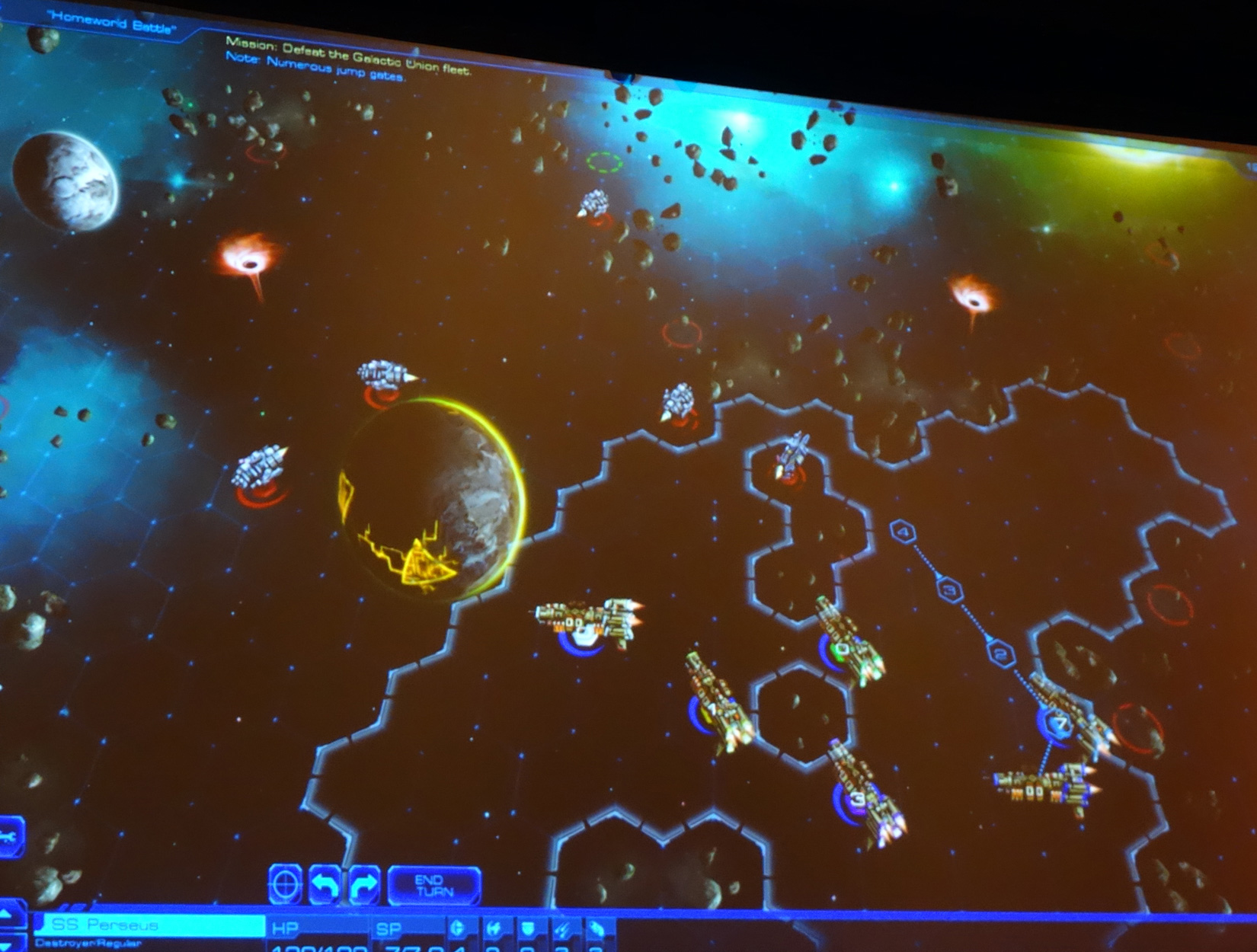 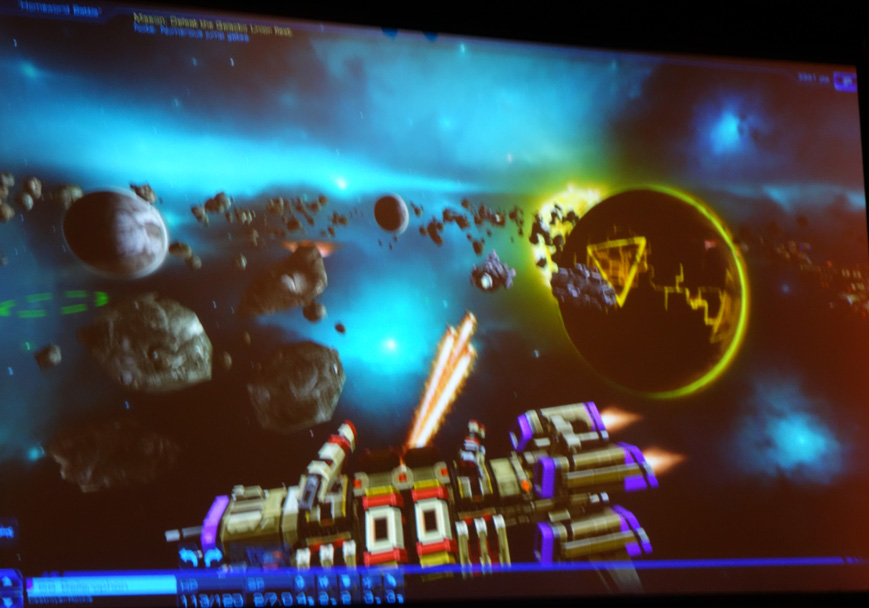 Likewise, the game's narrative is punctuated by missions. Taking units on a mission involves specific goals and specific rewards, and even if you smash the opponent without enduring a single loss, there is still a cost. Ship crews become tired and require R&R in order to maintain their readiness, and as a result, a fleet must factor fatigue into its battle plans. 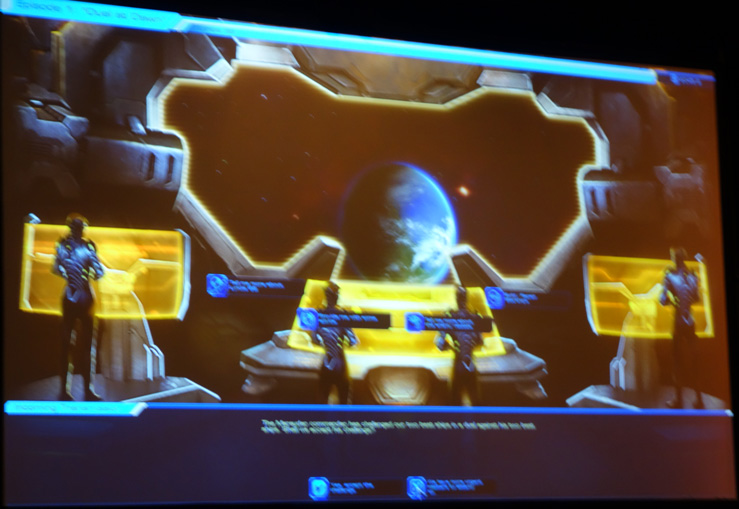 In the beginning game example that Sid Meier ran through, he picked an affinity (affinities are chosen at the beginning in 'Starships') that started with a free technology. Meier chose a tech that let his ships fire while cloaked. He then started a mission called 'Duel at Dawn,' wherein a local loudmouth challenged Meier's faction to a space battle featuring both sides' two best ships.

Naturally, this tutorial grade missions was no sweat for Meier, and his cloaked ships wiped the floor with the enemy. 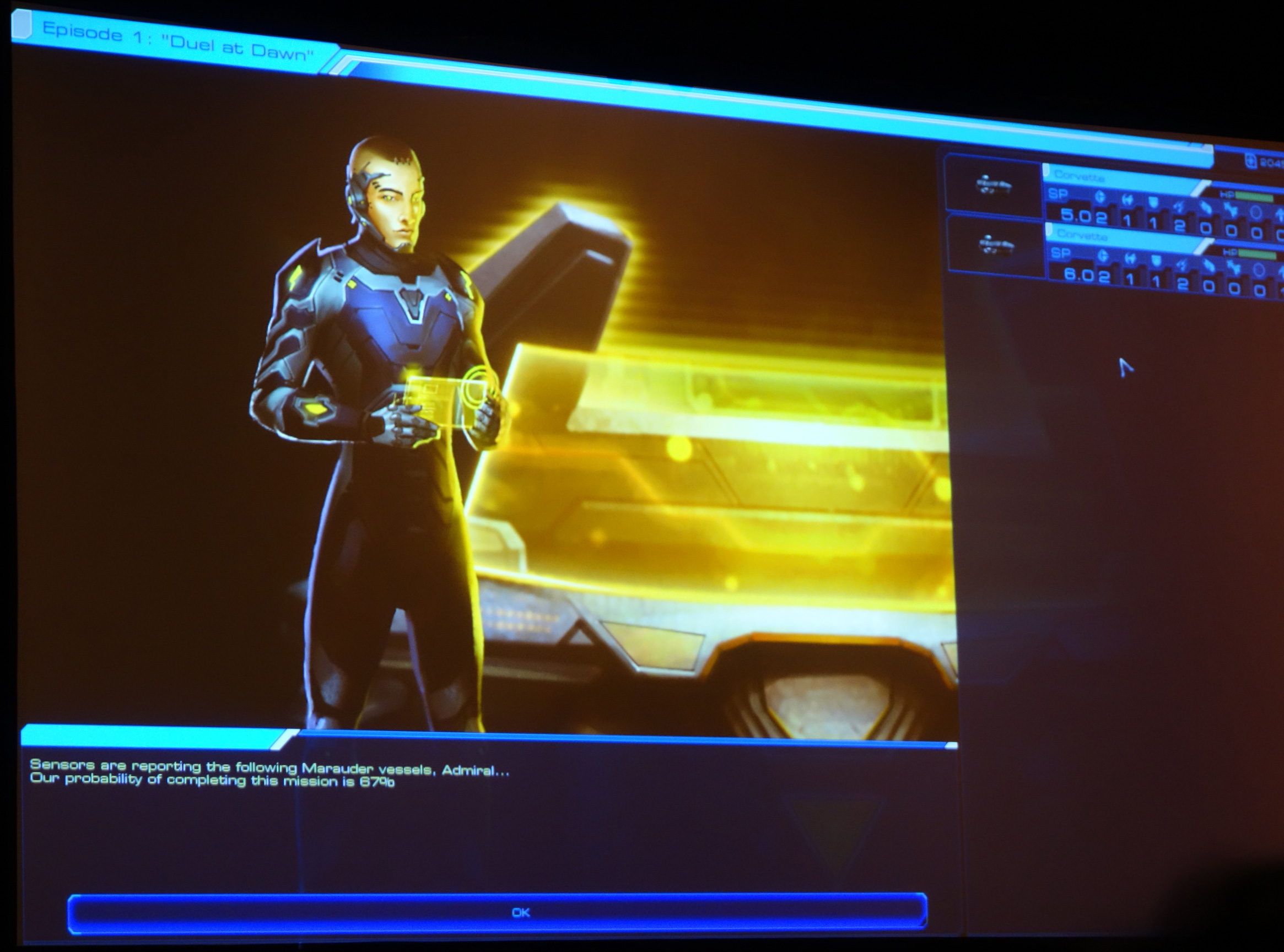 The game's ship customization is more than just a feature term, and ships have different configurations built from aspects such as shields, armor, lasers, canon, torpedoes and stealth modules. Meier favored long range lasers and cloaking, and it was hard to argue with the results. 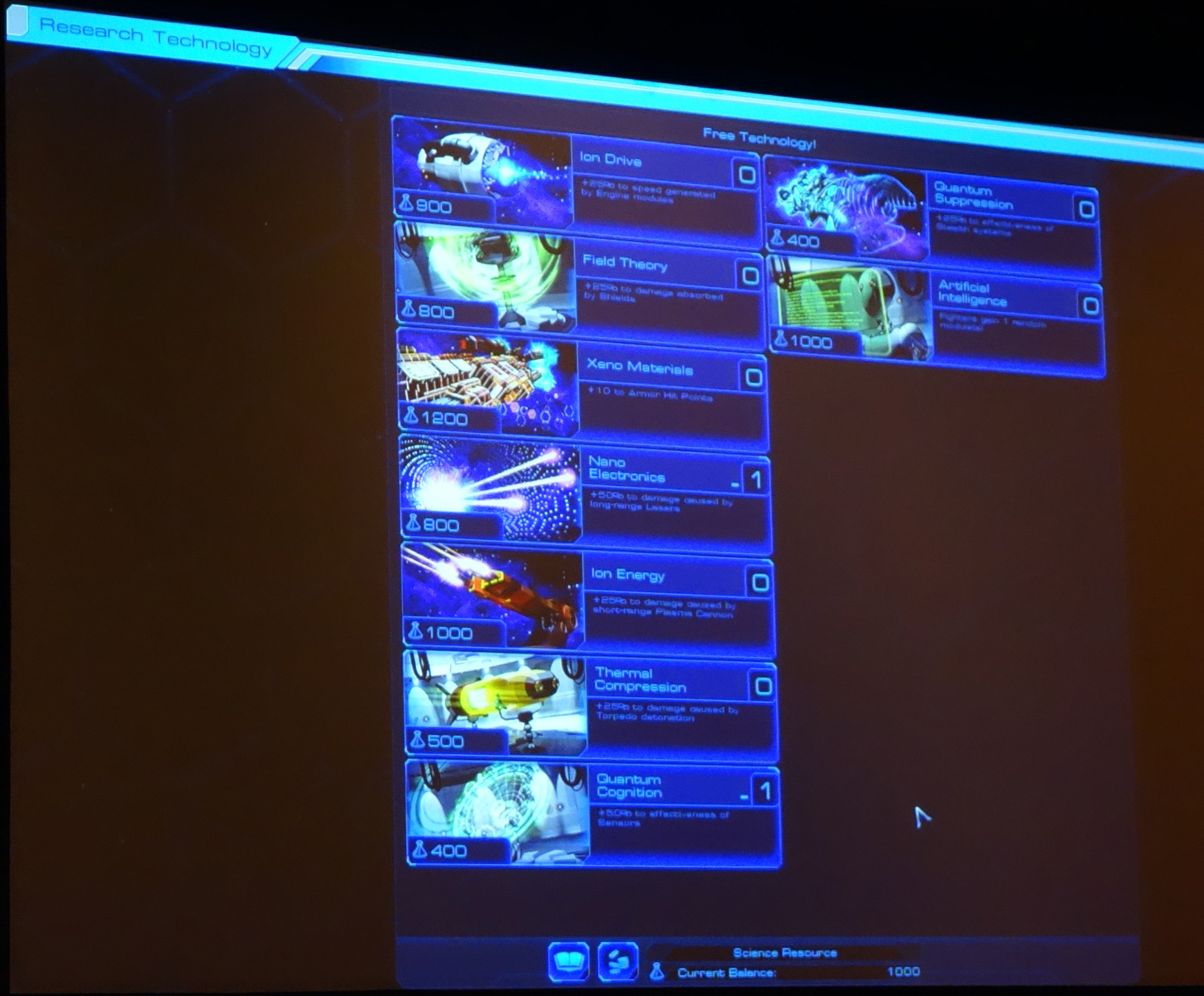 As I said early on, the game is independent of 'Beyond Earth' (it's not some kind of expansion), and its setting it far beyond the time where 'Beyond Earth' takes place, and yet, the two games will have some aspects that crossover. Meier gave the example of warring factions in a player's 'Beyond Earth' save having a correlation in 'Starships,' and it's even said that events from a 'Starships' save could somehow tie back to 'Beyond Earth.' Ultimately, Firaxis is being coy on the features, the reason given (beyond wanting to stress that 'Starships' is a separate title) that they hope for those crossover features to be discovered as a surprise for the player when playing both games. 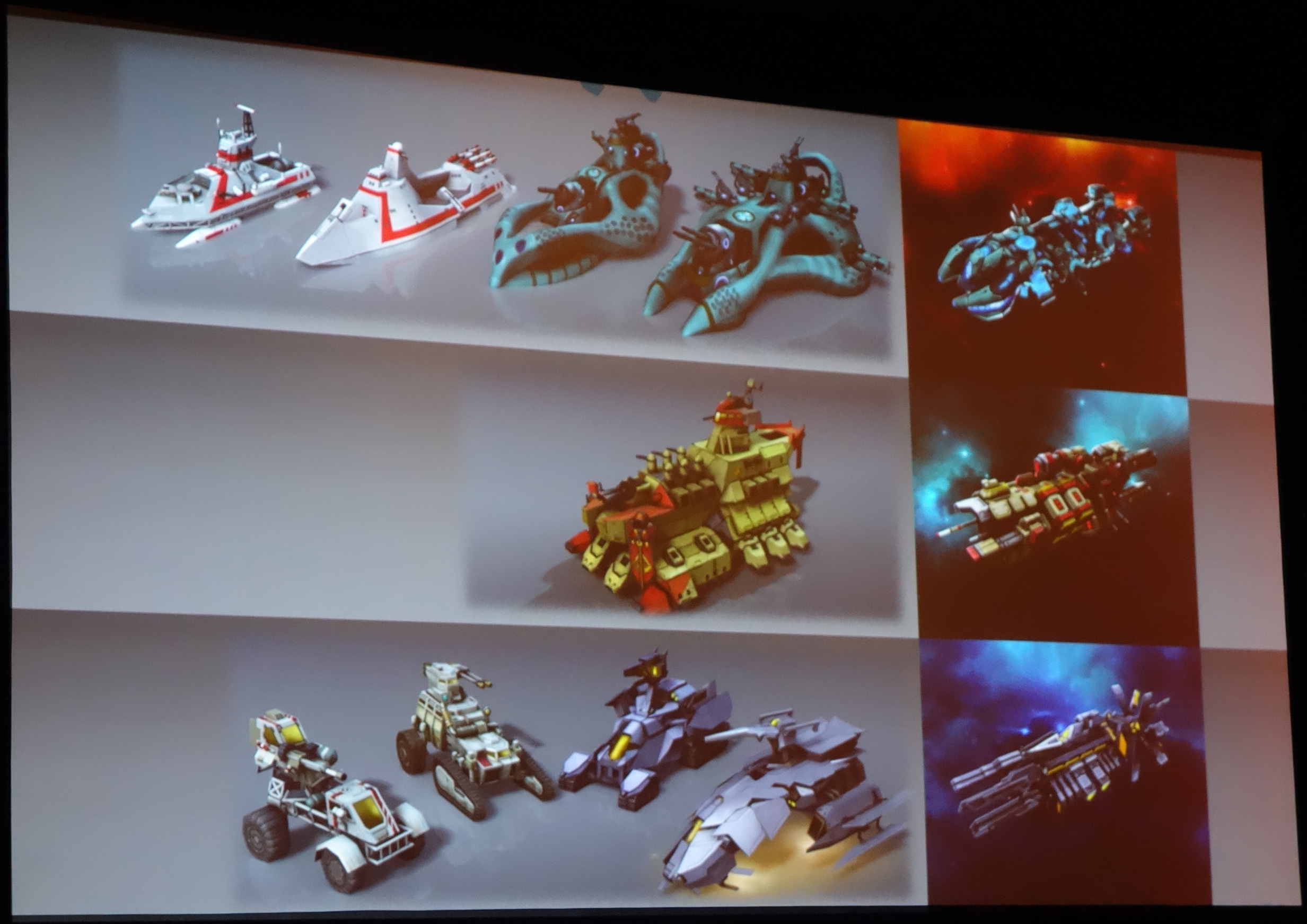 'Sid Meier's Starships' was just one of the many games at PAX South that seem fixated on space-faring ships ('Homeworld,' 'Dreadnought,' 'Rebel Galaxy,' and 'Elite: Dangerous' being some of the others), and by all indications, PC gamers have some incredible games to look forward in 2015. In the case of 'Sid Meier's Starships' it seems like a game that will draw not only from fans of 'Civilization' and 'XCOM' but also from fans of other genres like RTSs and any number of other would-be Starfleet fan bases.

Here's the panel footage from 2K:

You can find the latest info on 'Sid Meier's Starships' linked from our Video Game Release Schedule.