Play 'ARK: Survival Evolved' for Free This Weekend, Will Include DirectX 12 & Free Game or 50% Off Offers

As PAX Prime convenes, Studio Wildcard is letting everyone get a deep tasted of the Early Access hit 'ARK: Survival Evolved.' The free weekend on Steam started today at 10am PST and goes through Sunday, August 30th at 1pm PST. (Get it here.) Not only is the game free to play this weekend, but for many users it will be free from here on.

First though, anyone with Windows 10 needs to check out 'ARK' this weekend. That's because of the update that is coming this Friday. The update includes DirectX 12 support for Windows 10 users, which should see an impressive gameplay performance bump.

Back to the free motivation. 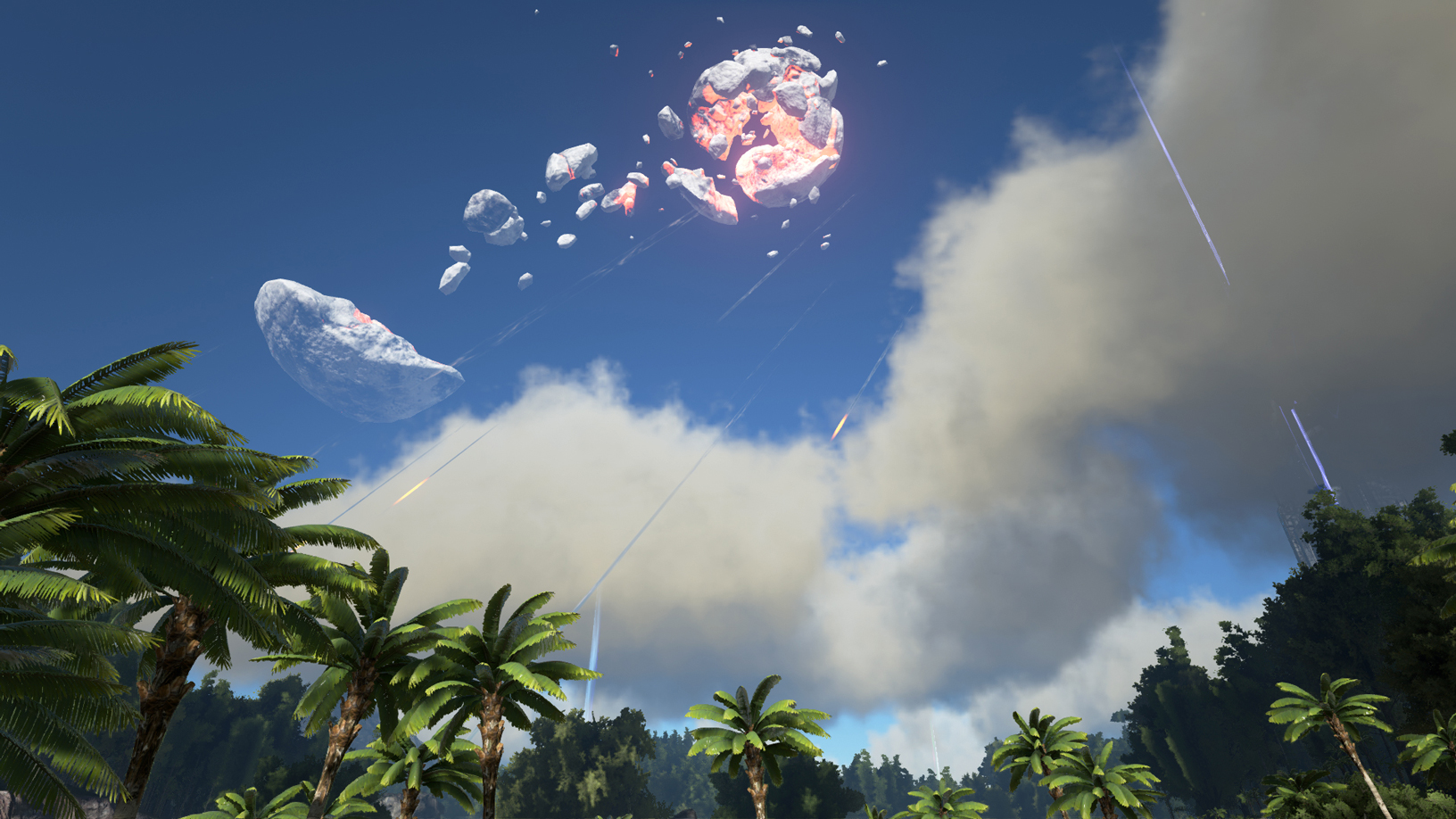 During the weekend 'ARK' will have "hundreds" of official servers with a one-time "Extinction Event." That means a meteor impact and special items for use in finding Supply Crates. These crates contain Strange Artifacts, which can contain a Steam code for 50% off or outright a free copy of 'ARK.' There is a caveat. Those who find the codes will need to worry about other survivors, as the codes can be taken away in-game by others.

Meanwhile Studio Wildcard is also having a Unnatural Selection tournament, which is detailed below:

At 6 am EST on Saturday, August 29, participation is open in the “Unnatural Selection” tournament to battle in 4-player tribes against hundreds of other players for a chance to ride the Dragon and earn cash prizes! This limited-time ‘ARK Survival of the Fittest’ competition features contestants dramatically descending from the sky onto the ARK in a circular formation via beams of light. There is a cache of valuable items in the center -- do survivors dash for the goods and fight it out, do they run into the forest and hide, or do they freeze up from the sheer terror of death? A continually shrinking “ring of death” forces contestants ever closer together over time. The game is on -- who will tame the Dragon and bend it to their will?

The “Unnatural Selection” tournament runs from 6 am EST, Saturday, August 29 through 11 pm EST, Monday, August 31, with 24/7 open Preliminary Matches on three 100-player Official Servers. The battle will last for 2.5 hours each and the winning tribes will advance to a Pre-Championship Tournament set to take place at 10 am, Tuesday, September 1, where contestants will again duke it out until we are down to the final 36 Tribes who will get placed into an epic 144-player Championship Match set to take place at 2:30 pm EST and will be streamed on our SurvivetheARK Twitch Channel. The massive Championship battle will take place over the course of 4.5 hours and survivors will compete to win: 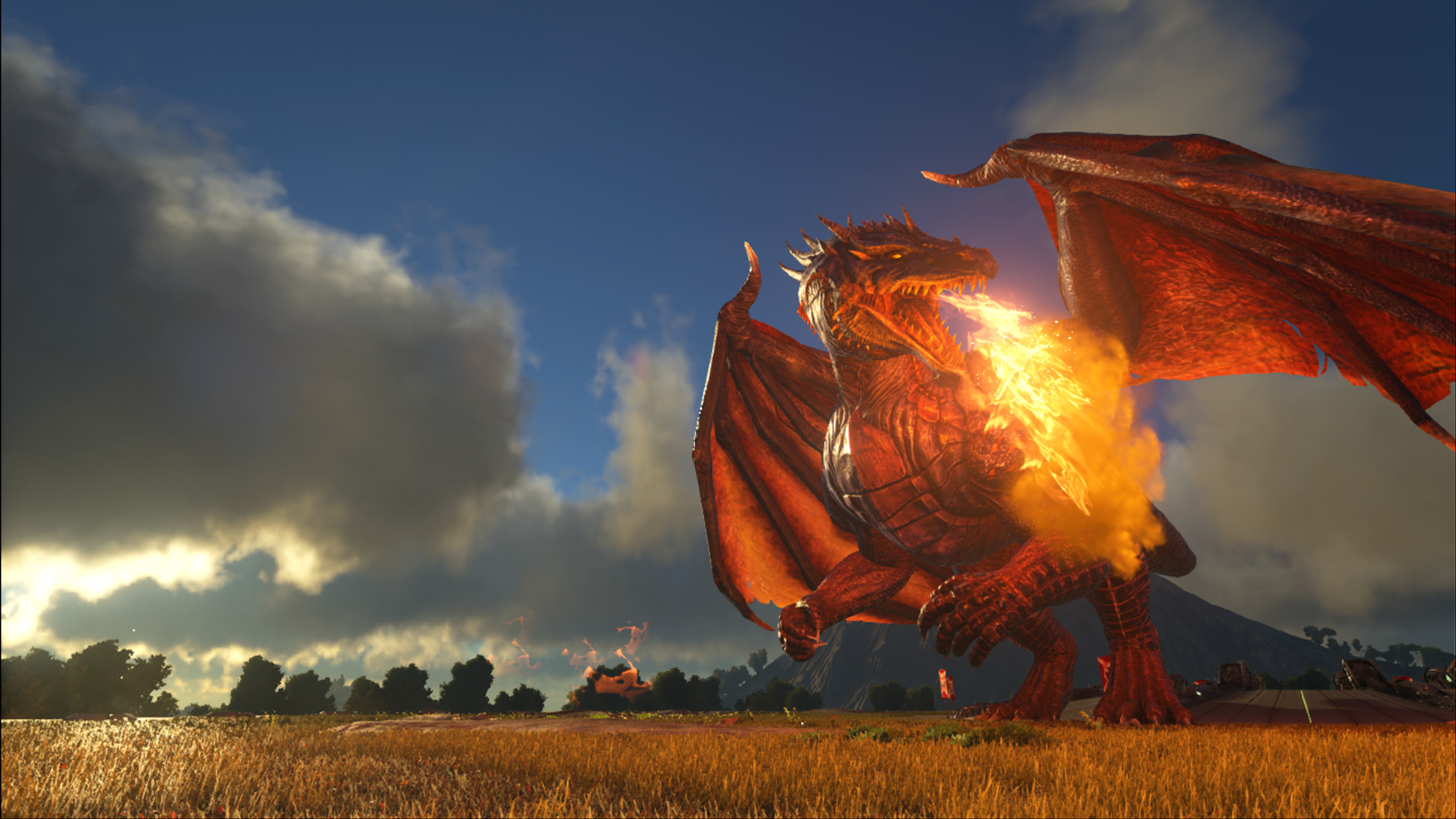 NEW! This Survival of the Fittest tournament features distinct updates, most noticeably six new world changing Evolution Events and a first appearance by the Dragon! Midway through the match, the Dragon becomes available for taming at the central platform. Beware as he can only be ridden for a short time before he turns on his master! Furthermore, the dragon will reappear during extended sudden death to eliminate all remaining survivors if they are not sufficiently murdering each other!

The game is in Early Access on PC and can be ordered here. 'ARK: Survival Evolved' is coming to both the Xbox One and PS4 next year.