From now until October 19th, Sony is offering deep disounts on the majority of 'Grand Theft Auto' titles on all of Sony's digital platforms. This follows a similar move with the Xbox Deals with Gold program, however the selection on the Sony side is much larger.

It's pretty much everything from 'GTA III' on to 'GTA V.' That's eight games plus the two sizable Episodes from Liberty City from 'GTA IV.' I could easily point to 'Vice City' for $2.50 or 'GTA IV' for $5 as classics, but really the whole series on offer here is extremely strong.

The whole sale can be found here. 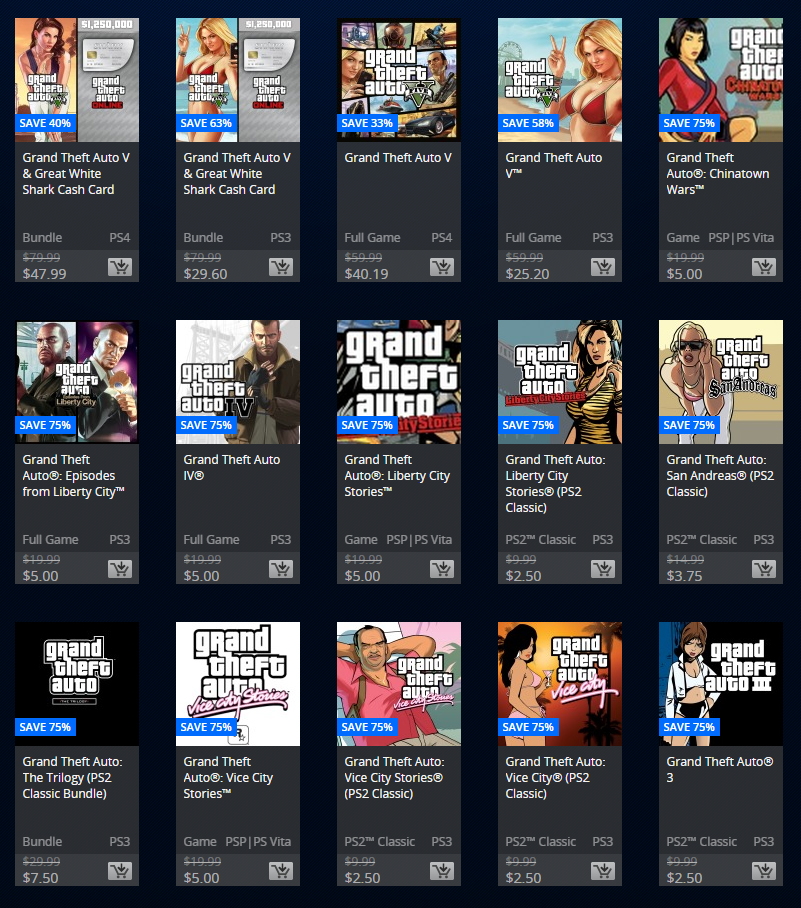