Unravel the mystery of a disappearance from years ago.

PQube, publisher of the upcoming mystery game 'Root Letter' has announced a special 'Pen Pal Edition' of the game available exclusively through the Rice Digital storefront, you can get it on PS4 here for $90, and PS Vita here for $80.

This edition will come with the following: 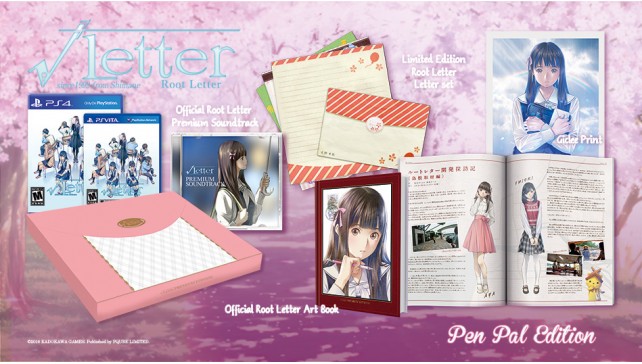 The game casts players as a man who must figure out what happened to his pen pal from his days in high school who mysteriously vanished years prior to the beginning of the game. The story plays out both through flashbacks detailing the interactions between the player and Aya, the missing girl, as well as scenes in the present where a town must be investigated and its residents interrogated to find out the truth surrounding the incident. The game will be released later this year on PS4 and Vita.